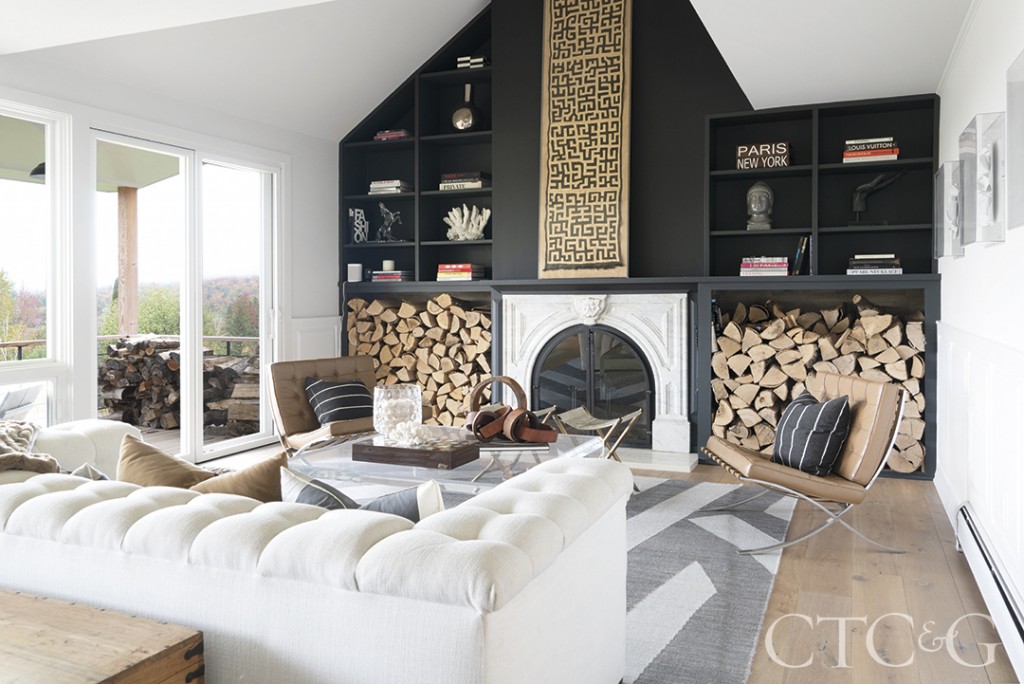 It’s a story that’s hard to believe in this new COVID-19-era of social distancing. Years ago, the clients met designer Dan Barsanti at a communal table at the Whelk in Westport. One thing led to another, and the next thing you know, the designer had decorated a home for Carla and Paul Wolters in Rowayton. So, it was Barsanti whom they called a few years later when they moved to Stowe, Vermont.

After looking at multiple properties that needed fixing up, they found one overlooking the Nebraska Valley. Paul says, “the setting was beautiful, but the house was a wreck.” Adds Carla, “We knew that we could fix any house but we can’t change the views, and this one has a spectacular view overlooking Mount Mansfield. We called Danny and said ‘we need your help.’”

Barsanti, of Barsanti Desmone, attests: “The house was indeed a wreck: It hadn’t been touched since the 1970s, and the rooms were disjointed and horribly finished. It was a nightmare to get the interior structure to fit the way we live today.” 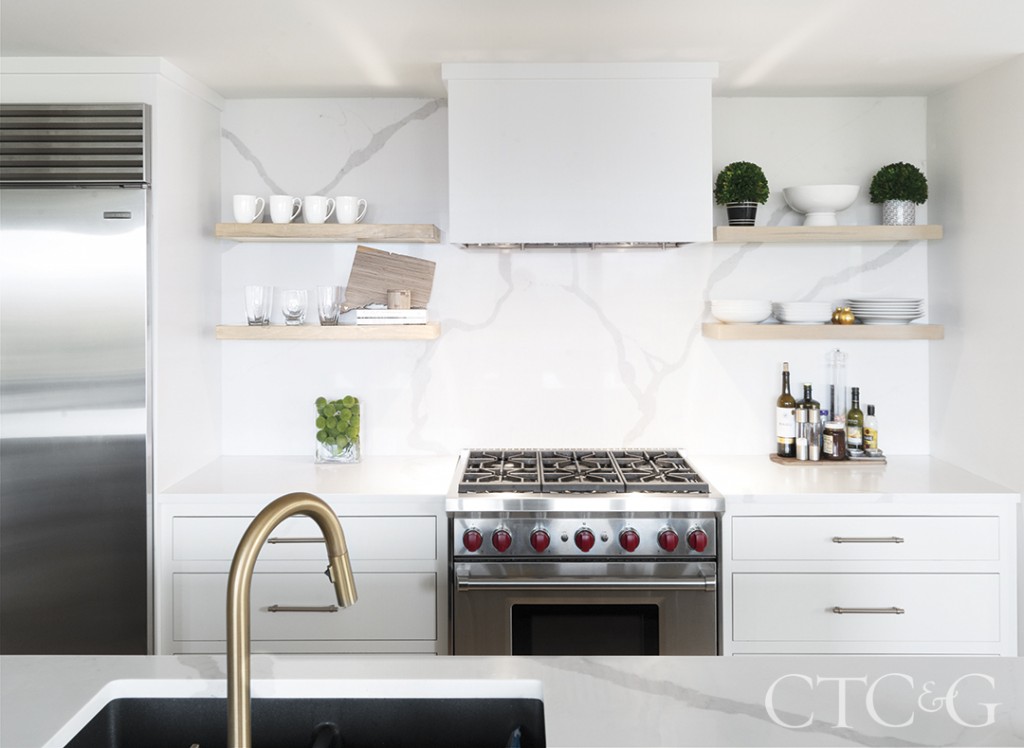 The Wolters also worked with Stowe-based Hamor Architecture Associates. They chose to take down walls and change the pitch of a few roof lines, while maintaining most of the existing structure. “And we used simple siding on the exterior—nothing false or fake,” says Barsanti.

The entire back of the house is all windows, so the inside feels very connected to the outside. “We wanted to have a cool mountain feel with a modern twist,” says Carla. “A little bit of a farmhouse feel but with an edge to it.”

Inside, Barsanti unified the spaces by painting all the walls Benjamin Moore’s Classic Gray. “When there is not a lot of architectural detail, paint everything the same color, but switch up finishes. It’s easier on the eye and you’re not distracted by things that aren’t perfect,” he says.

The original living room was overly formal, so Barsanti kept the original bookcase and fireplace mantel but ripped out the drawers and lined the insides with galvanized metal painted dark gray. “We took this once-stuffy living room and made it feel like a ski lodge,” says the designer.

Off the living room is the kitchen. “My favorite kind,” notes Barsanti, “a galley kitchen in classic white. The clients are amazing cooks so you are always in there with them, and it is so nice to have people interact with you when you are cooking.” Barsanti left out the upper cabinets for a more streamlined look. A large pantry behind the kitchen holds essentials and then some. Additionally, a coffee bar off to the side keeps the countertops clean.

“I love the quartz waterfall and floating shelves,” says Carla. “Danny was super influential with incorporating the right color scheme and flow from room to room.” What great design comes down to is appropriateness, according to the designer. “This house is totally joyful,” he says, “and it reflects the people who live here.”

The print version of this article appeared with the headline: Trading Places.
Subscribe to C&G

This article appears in the January 2021 issue of CTC&G (Connecticut Cottages & Gardens).