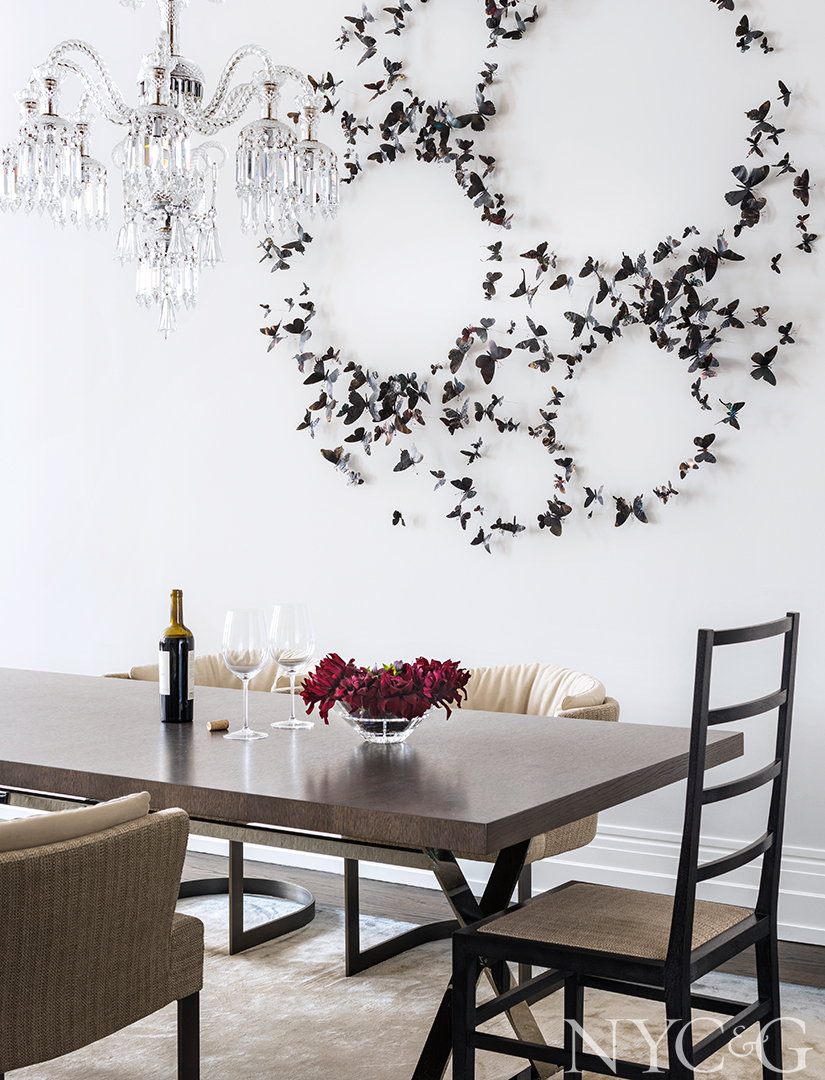 Many interior decorators can point to a seminal project early in their career that helped shape their aesthetic. For Elizabeth Bolognino, a New York–based designer who cut her teeth at Yabu Pushelberg and Ralph Lauren, where she decorated flagship stores, the light-filled Tribeca condo featured here was that defining moment. “The owners were among my first clients,” explains Bolognino, who launched her business in 2011, “and helped me fine-tune the design philosophy that I follow today.”

Throughout the approximately 2,300-square-foot residence, in which “rooms are chic and appointed, but never sterile,” Bolognino employed what has become her signature “layered minimalism.” In other words, a palette of trad-leaning furniture with clean lines, such as the living room’s Avery Boardman sectional, behind which sits a pair of low-slung Fendi Casa armchairs. The combination enables the room to appear both relaxed and somewhat formal. “We wanted to optimize the space and create an environment that could cater to different needs,” Bolognino says.

The dining room, in particular, is an exercise in minimalist elegance. Charles Rennie Mackintosh–style chairs and Christophe Delcourt–designed leather armchairs for Avenue Road are situated at a sleek B&B Italia table, underneath a sparkling chandelier constructed from vintage Baccarat crystals. “I purposely kept the table pared down so that whatever is put on it can be the showpiece,” Bolognino says. The only whimsical concession is a delicate grouping of aluminum-can butterflies, individually pinned to the wall in a lifelike fluttering formation. 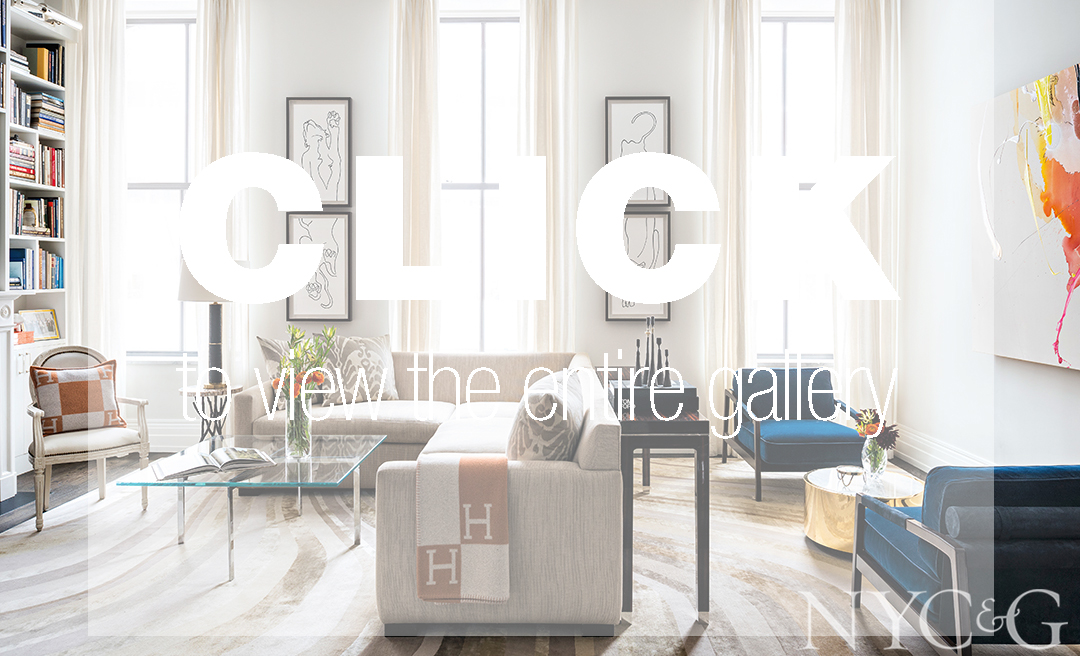 Animal-themed artwork adds a degree of playfulness to other rooms, too. Bolognino was inspired by her young clients’ love of animals, namely cats, when selecting pieces such as the photograph of a baby leopard sporting an aviator cap and goggles in the son’s bedroom and, in the living room, ink drawings of a slinking panther, which hang between the expansive windows. For the latter, Bolognino says she “wanted to engage the 13-foot-high ceiling plane and simulate movement, as though the cat were exploring the ceiling.” An oversize watercolor rabbit, meanwhile, gets the run of the master bedroom. “We wanted to take some seriousness out of the space,” she explains of the unexpected choice. “But there aren’t many ways to do that, since a bedroom needs to be functional at the same time.”

Although the cast-iron building, which dates from the late 1800s, had recently been converted from lofts to family-friendly condos, Bolognino, along with Maspeth-based contractor Stephen Fanuka, gut-renovated the apartment to make the two-bedroom, two-bath unit better suited to her clients’ needs. Accordingly, a smaller third bedroom was turned into a cozy den/media room, which is wrapped in a dark silk Maharam wall covering. The kitchen, on the other hand, presented an entirely different challenge. The clients wanted an expansive island, but the building’s tight stairwell wasn’t being very accommodating, so Bolognino shut down the street in order to crane a slab of Blue de Savoie through a living room window. “It was crazy,” she recalls. “I’ve never done anything like that!” But a project filled with obstacles and first-time experiences is worth the effort when it leaves such a lasting impact. “My clients and their apartment gave me the spirit to push myself and really come into my own.”

A version of this article appeared in the October 2017 issue of NYC&G (New York Cottages & Gardens) with the headline: Rooms with a View.