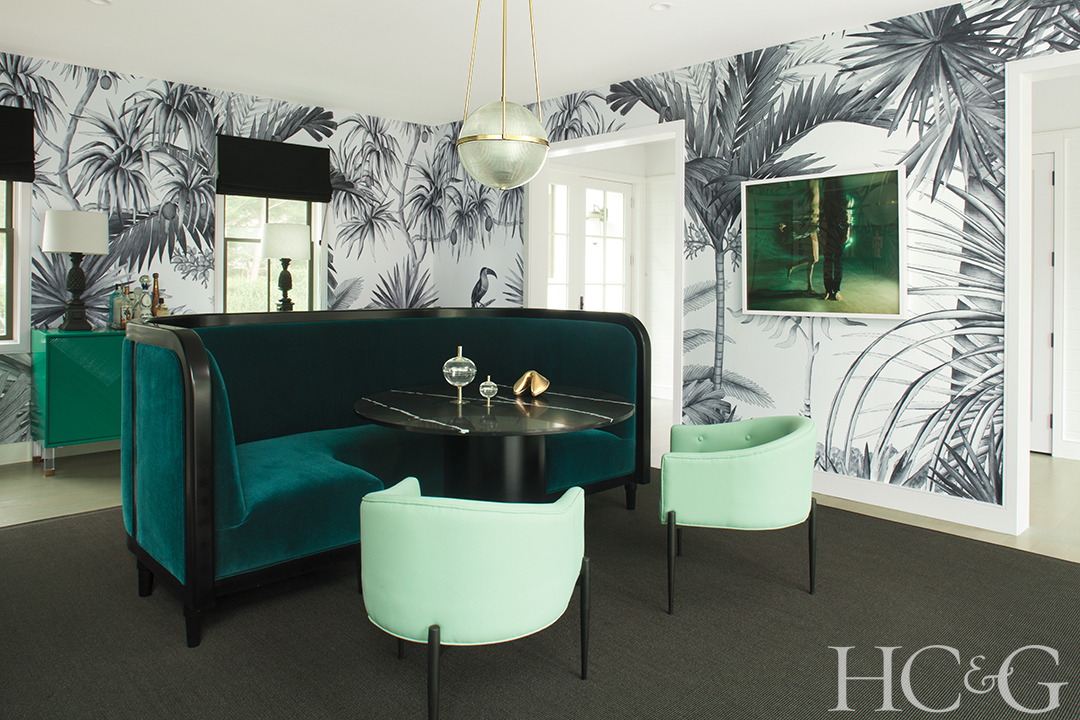 When Manhattan-based Ghislaine Viñas signed on to decorate Marisa and Marty Cicco’s East Hampton abode, she knew that she had a challenge ahead of her. “It’s a difficult task to make a spec house feel like it’s meant for a specific client—especially when you aren’t planning on doing any major renovations,” says Viñas, a Netherlands native who grew up in South Africa before moving to New York and founding her firm two decades ago. “If you’re not in control of the architecture, you have to make bold statements.”

So, with her clients’ encouragement, Viñas took a no-holds-barred approach to decorating the five-bedroom weekend getaway, choosing patterned wall treatments and artworks “with a tropical undertone” in an effort to bring the cookie-cutter house to life. The only directive the Ciccos gave Viñas was to make it fun and lighthearted—something that’s second nature to the decorator. “I always design around the aesthetics of happiness and creating spaces that people feel good in,” she says. “I like figuring out how to make my clients comfortable and relaxed.”

Viñas’s plan included “splashing a lot of white paint around, plus lightening up the stonework and beams to give the house a beachy feel.” To “loosen up the place,” she also selected graphic prints for many of the walls, from whimsical botanical and bird motifs to an abstract rock design from her own line for Flavor Paper. “We ended up with lots of birds, which is funny because Marisa told me early on that she hates birds,” recalls Viñas. “But we kept showing her patterns with birds, and she kept picking them!” (The powder room, for example, is enveloped in a blue flamingo paper from Australia-based Sparkk.) The upstairs bedrooms also received their own unique wall treatments, such as diagonal stripes and ombré prints, although the palettes are more muted and calming. 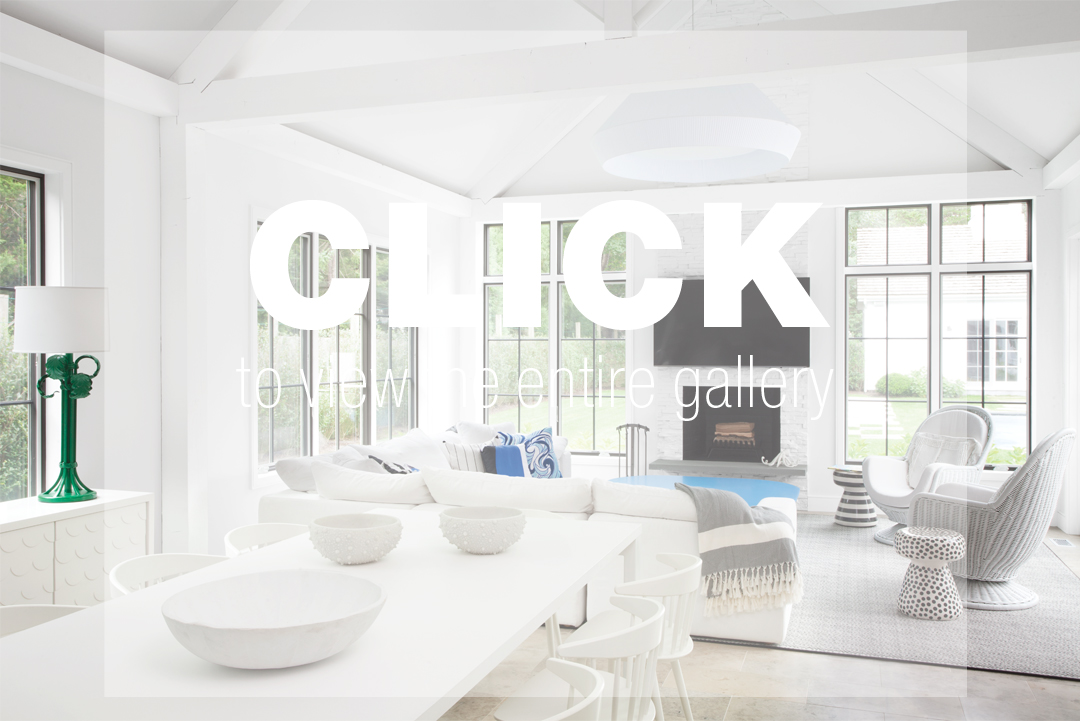 To temper the wide array of tonalities and patterns, Viñas whitewashed various pieces of woven furniture and accent lighting in many of the rooms, and in the entry, the rec room, and the expansive great room containing the kitchen, dining, and living areas, black and white prevail. Exceptions are eye-catching works by such artists such as Michael Northrup and Alex Farnum (the pieces lend “attitude, soul, personality, and a little edge” to the home, Viñas says), a blue coffee table in the living room that the designer conceived as a tribute to Marisa Cicco’s Greek heritage, and a darker blue Lacanche range that the Ciccos had purchased for a previous house and never installed.

To accommodate dinners for her clients’ family and friends, Viñas designed a long black-and-white table that extends from the kitchen island and seats 16. “Marisa loves cooking and taking care of people, so the kitchen is the center of the home for her.” For more informal gatherings, the family room, clad in a palm tree wallpaper by French brand Ananbô and furnished with a velvet banquette and a marble table, serves as a chic cocktail lounge.

No room takes itself too seriously, though, and quirky elements abound at every turn—from a banana throw in a bedroom to vintage pineapple and palm tree lamps to a monkey wall sconce that hangs above a stair landing. “We really pushed the envelope in this house,” Viñas recounts. “It wasn’t about being shy, but about making statements. I wanted people to walk in and think, Oh, this is fun!”

A version of this article appeared in the July 15 2019 issue of HC&G (Hamptons Cottages & Gardens) with the headline: Fun in the Sun.