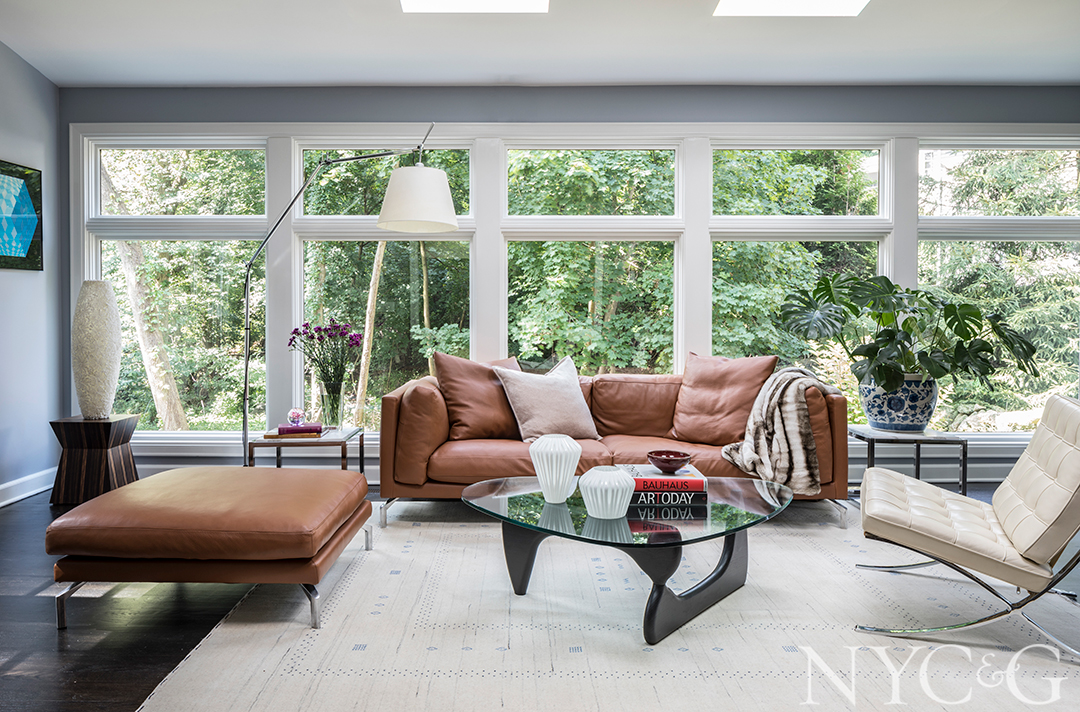 Hong Molitor-Xu was in Hong Kong when the call came. “I bought you a project,” said her husband, Oliver Molitor, who was phoning from New York, “and you’re going to love it.” To be more precise: He had bought a house that was to become her family’s primary residence in the United States and what she now describes as the “first place we have settled down.”

At that point, the couple and their two young daughters were living in a Hong Kong rental and preparing to move to New York, where Molitor, who hails from Germany, was set to start a new job with a German bank. They had house-hunted together on an earlier trip but came up empty-handed, and time was running out. “He bought the house without me, but I was okay with it,” says Molitor-Xu, who grew up in Shanghai and has degrees in construction management, business administration, and interior design. “We had moved around the world so much already. I decorated our home in Germany and our two homes in Shanghai. But we had only lived in apartments, and this was my first ‘house’ house.”

The original structure, a two-story redbrick home dating from 1949, was “a run-down cottage that didn’t work for us at all,” says Molitor-Xu. But it was situated on the edge of a verdant wetland, with windows that highlighted the view. “The wetland is an ever-changing piece of art. Every day, it’s a different picture, and Oliver fell in love with that picture instantly.” The home’s location in a culturally diverse neighborhood in Rye was just as ideal: It was close to the Metro-North train line, the water, and good schools.

The family lived in the house for about a month before moving to a rental for the duration of the renovation. In that brief time, they “got to know the place inside out, so we knew what we needed—where the kitchen should be, where the dining room should be and how big it would be, where the living room would be and how we would use it,” says Molitor-Xu, who grew up dreaming of being an architect and, upon moving to New York, worked for designer Jamie Drake before starting her own eponymous firm a little more than a year ago. 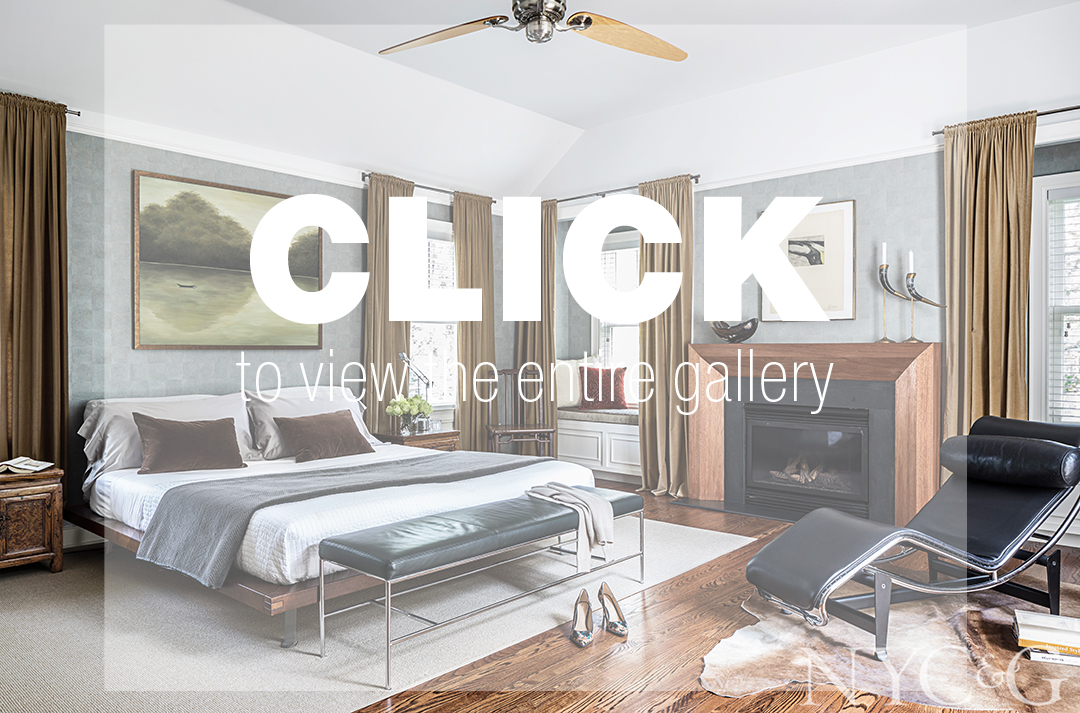 Molitor-Xu was on site every day, working closely with her contractor to create a vision of a house “where we feel comfortable, but which also tells the story of where we came from,” she says. The result: a four-bedroom, three-bath melting pot of a home where finishes and furnishings reflect “what we have experienced and who we are.” Molitor-Xu is highly influenced by the luxuriousness, clean lines, and materials of the French Art Deco style she knew so well in Shanghai, whereas her husband has a penchant for the Bauhaus movement. Both are modernists.

The entry sets the tone, with a lamp from Shanghai, a Buddha figure from Thailand, an antique mirror purchased in Stamford, Connecticut, and a marble-topped console with doors wrapped in shagreen, custom-designed by Molitor-Xu. In the dining room, Bauhaus-style chairs surround a sleek Italian table with a backdrop of Pierre Frey wallpaper, chosen for its likeness to a Chinese ink painting. A custom Nakashima rug from Edward Fields became the anchor of the living room, which boasts a vintage mirror set above a mantel, another Molitor-Xu design. The wetland view is the star of the sunroom, where classic pieces (a Noguchi cocktail table, a Barcelona chair) were chosen to complement, not compete with, the natural landscape. Molitor-Xu wanted the master bedroom to reflect the functionality of the Bauhaus, so it is sparely furnished with a contemporary Ligne Roset bed and a Corbusier chaise. She describes it as “low-key luxurious.”

The family’s first dinner in the new home was, appropriately enough, Thanksgiving. “It was our first turkey dinner in America,” Molitor-Xu recalls. “It was really memorable to celebrate it in a house that speaks for us and our love of our life.”

A version of this article appeared in the April 2018 issue of NYC&G (New York Cottages & Gardens) with the headline: Culture Club.