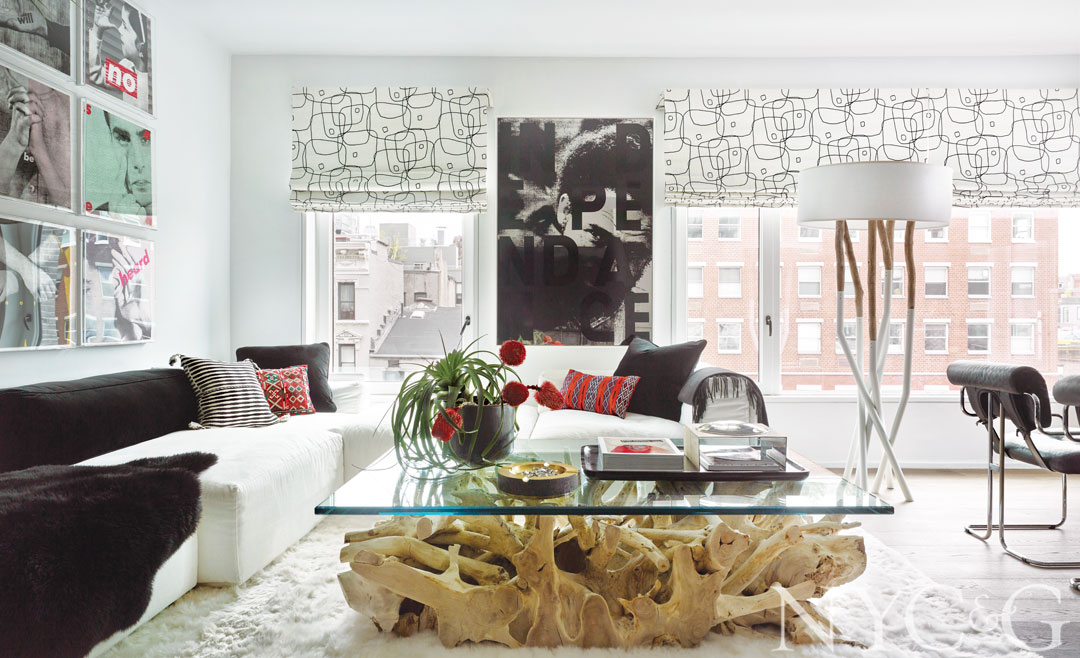 It seems only natural that the son of two prominent art collectors would possess an enviable art collection of his own. But even though Danny Berkowitz is an habitué of private previews at Sotheby’s and Chelsea gallery openings, the peripatetic investor and entrepreneur lacked for a permanent place to park his growing art holdings. A full-time resident of Miami who spends much of the year in New York, he eventually rented a loft-like two-bedroom condo at 345 Meatpacking “because of its proximity to all the art galleries,” he says. “I lived there for a few months with no furniture until I decided to call Jessie.”

Enter decorator Jessie Schuster, a longtime acquaintance who came over to inspect the apartment and was immediately taken aback by the vision of a single mattress on the floor. “All I said to Danny was, ‘You’ve been living like this for three months?’” she recalls. But Berkowitz wasn’t insulted. “I already knew that Jessie had a particular gift for making any space work,” he says.

Because Berkowitz intended to use the apartment as a minimalist New York crash pad, Schuster took advantage of the opportunity to display some choice artwork. “We wanted to keep the space gallery-like and left a lot of the walls white,” she says, “and then brought in only art pieces that we thought would work well. Danny had bought a large photograph at Sotheby’s to hang above the sofa in the living room, but we ended up installing Barbara Kruger lithographs instead—they have a lot more color and make the space more lively.” Just as spirited is the Jean-Michel Basquiat screen print that hangs in the adjacent dining room, behind a vintage Harold M. Schwartz oak table. “Putting the Basquiat there really created a moment,” Schuster adds. 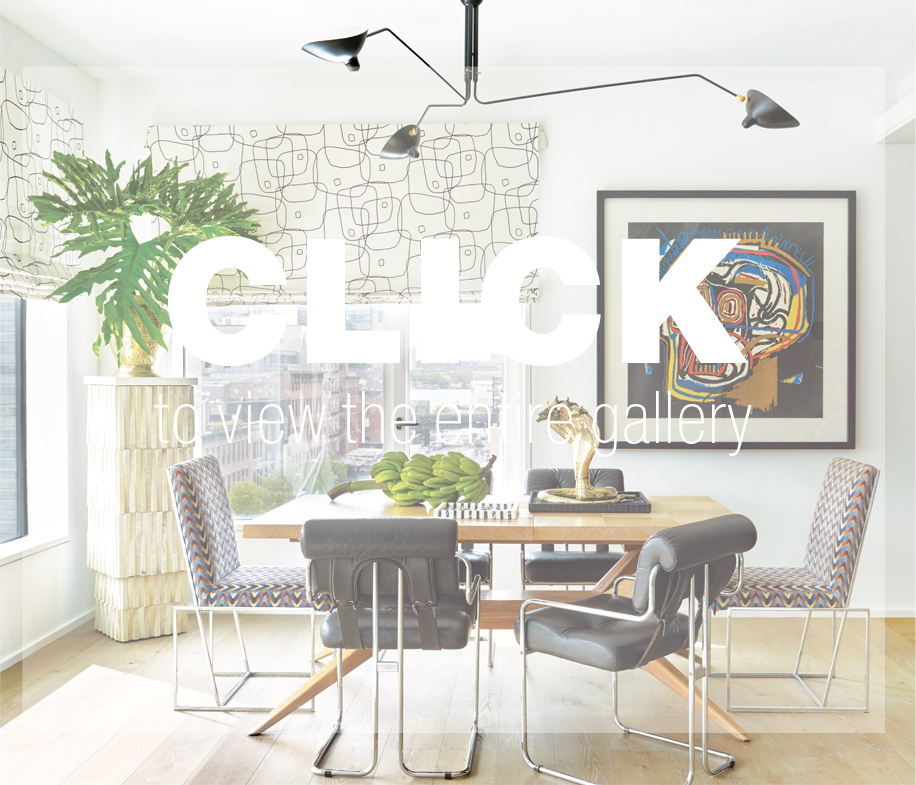 Artwork features prominently everywhere else, too. In the guest room, a Robert Longo lithograph plays off tribal-print Pierre Frey fabric shades, Josef Albers screen prints hang above an RH bed, and an Organic Modernism media unit, studded with art books, completes the tableau. If the guest room is sexy, then the master bedroom is serene. Schuster relied on neutral textures—an Hermès throw on the bed, fox-hair pillows from Homenature—to complement a series of “Hope” prints by Ed Ruscha. “Jessie’s design somehow makes you feel both comfortable and stylish,” marvels Berkowitz, “not to mention completely at home.”

For Schuster, working with so much colorful artwork was a departure from her typically monochromatic approach to decor. “Even though my work is mostly tone on tone, we ended up adding a lot of color primarily because of the art,” she says. “Overall, we were really lucky. With some projects, things often come in broken or just plain wrong. But with Danny’s place, everything was seamless—we just put it together on the spot and rolled with it.”

A version of this article appeared in the March 2017 issue of NYC&G (New York Cottages & Gardens) with the headline: Urban Retreat.