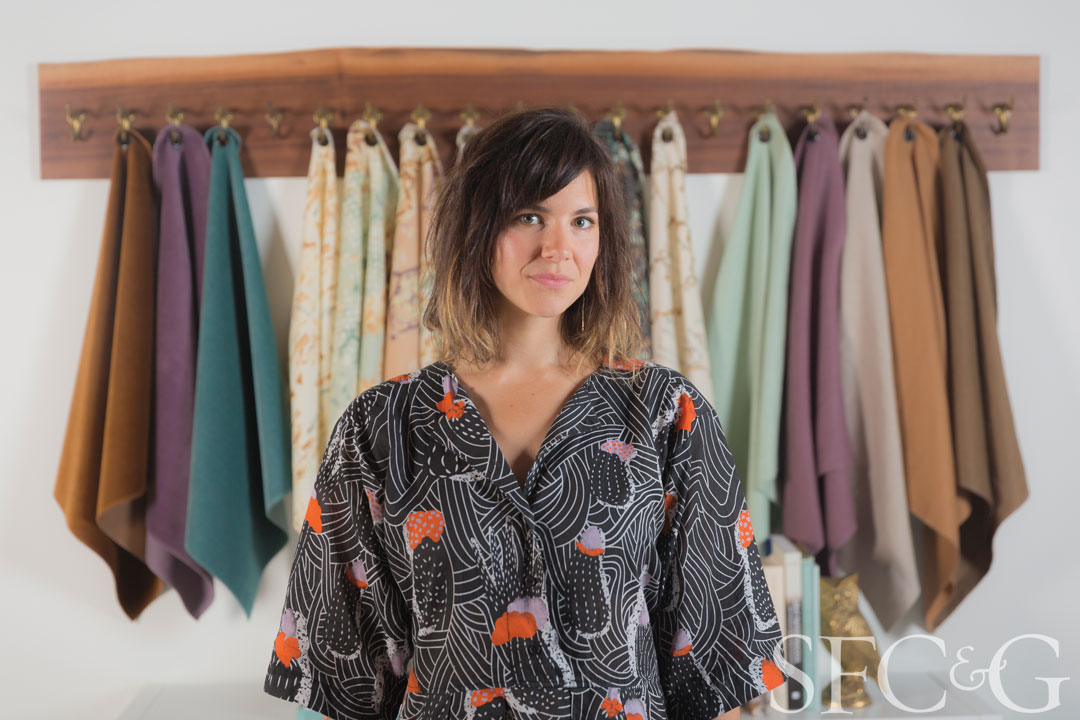 San Francisco-based artist and designer Kate Miller launched Elworthy Studio in the spring of 2015 with Decay, a collection of fabrics and wall coverings that appeared to feature classic damask patterns, but upon closer inspection revealed raw, organic forms. Her new collection, Clair Obscur, launches this month and expands on that aesthetic, combining analogue photographic techniques and digital imagery to create works that are both elegant and edgy. 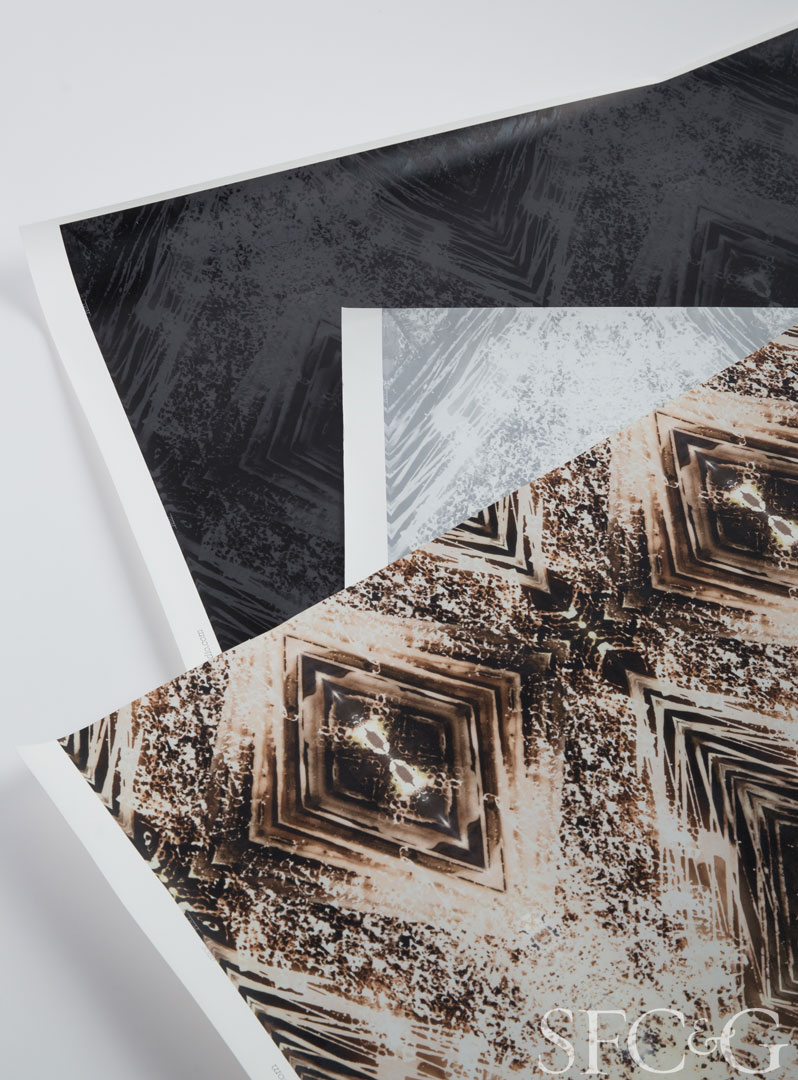 Although fashion was her initial path—Miller first worked as a buyer, then in visual merchandising—her foray into interiors began during her graduate studies in textile design. “I felt that my designs translated better to interiors and felt a gravitational pull to start creating with interiors in mind,” she explains. “Home decor is less trend-driven and ephemeral, and I love that my first collection will always be part of my line, not something for one season only.”

To create her first range, she wrapped cotton-linen and silk fabrics around rusted objects, experimenting with the oxidization process until, she explains, “I had a series of fabric studies with textures and shapes that I could scan digitally.”  She used the resulting images to create patterns for her wallpaper and fabrics, which ultimately became Decay. 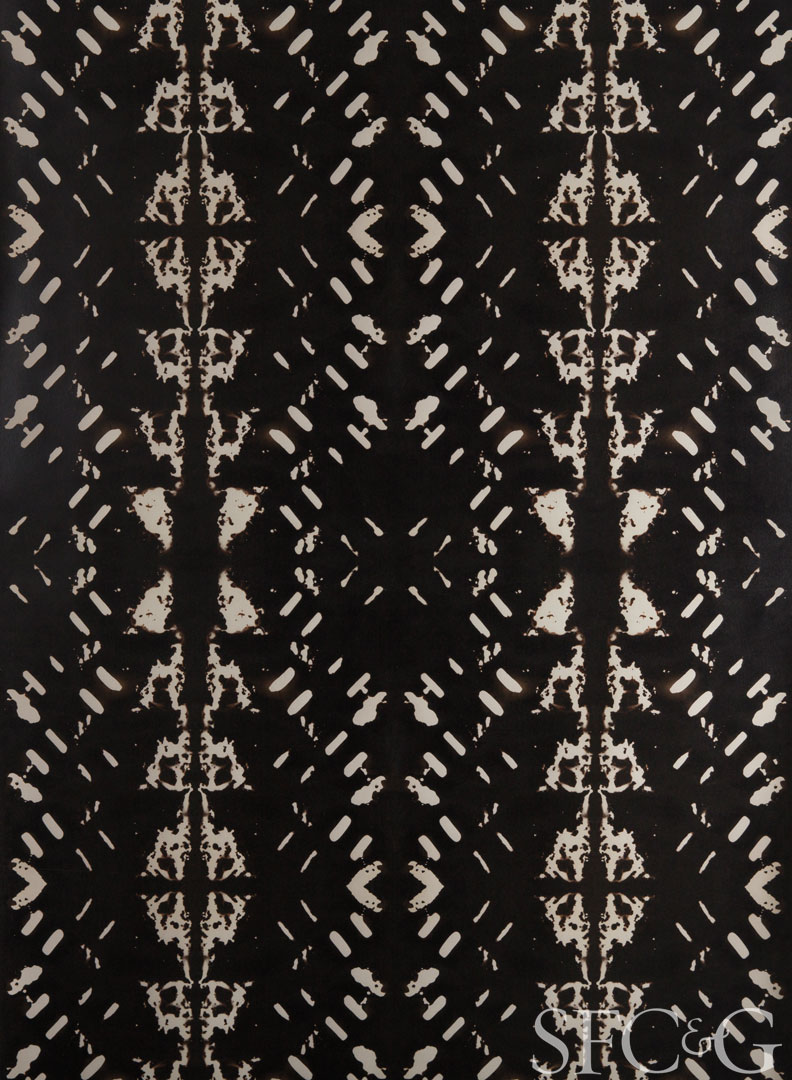 Miller’s new collection, which launches this month, was sparked by the 2015 J. Paul Getty Museum exhibition, “Light, Paper, Process: Reinventing Photography.” Taken with the show’s exploration of alternative photographic processes, Miller, armed with stacks of vintage and expired black and white photographic paper and processing chemicals, began experimenting with chemograms, lumen prints and cyanotypes. The resulting collection, Clair Obscur, features motifs like the Luna print, created by laying sand dollars on photographic paper then spraying them with fixer. Miller explains, “I named it Luna as it reminded me of an eclipse. The light seems to illuminate from behind and the dark is receding into a smoky background.”

Rendered in sultry metallic and darkly romantic shades like petrol blue and bleached rose, Clair Obscur’s moody, modern sensibility will be a perfect complement to San Francisco interiors, joining the spirits of old and new.

A version of this article appeared in the October 2016 issue of SFC&G (San Francisco Cottages & Gardens) with the headline: Photo Finish.