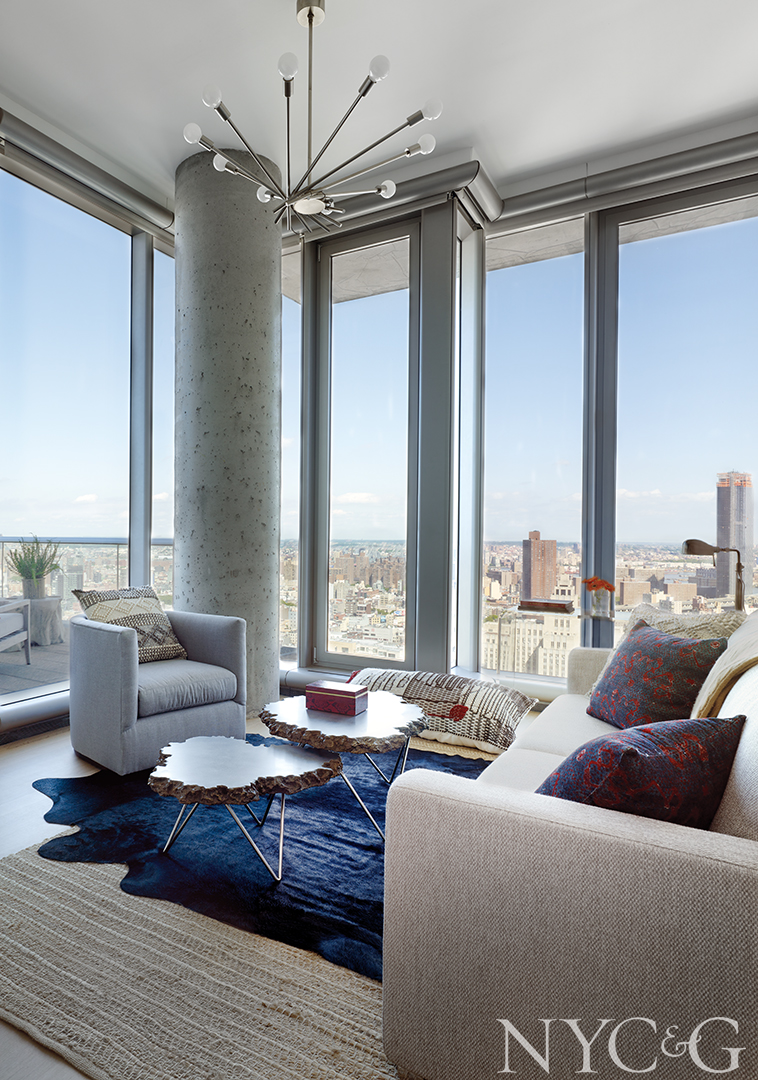 Kerry Delrose more or less fell into the design industry during the 1990s, when an acquaintance, the late Harry Hinson, asked him to work for his furnishings brand, Hinson & Company. A native of Chicago, Delrose had been in publishing at Warner Bros. and was ready for something new. And he always had a knack for decorating, often taking on small projects for friends.

“Everyone has a second career in them,” reflects Delrose, who designed lighting and wallpaper during his tenure at Hinson & Company. “Harry became a mentor to me, and I adored working for him.” After stints at Jones Byrne Margeotes Partners and Thom Filicia, Delrose launched his own decorating firm in 2008 and has since taken on projects around the globe, from Connecticut and Florida to London and Dubai.

Closer to home, he was recently commissioned to decorate a young family’s pied-à-terre at 56 Leonard in Tribeca. Completed by Herzog & de Meuron last year, the 60-story Jenga-like skyscraper houses 145 condos, a lap pool, a sun deck, a theater, and a steam room, plus a soon-to-be-installed Anish Kapoor sculpture at its base. Delrose’s clients, who reside full-time in Naples, Florida, purchased the 2,650-square-foot three-bedroom as a crash pad and a place to entertain friends while visiting New York. “When a friend of my clients told me that she had recommended me for the job, I had no idea it was a unit in this building,” Delrose recounts. “They hired me over the phone and then said that they wanted to move in by Thanksgiving—which gave me only 45 days. I immediately started hunting for furniture that was in stock.” 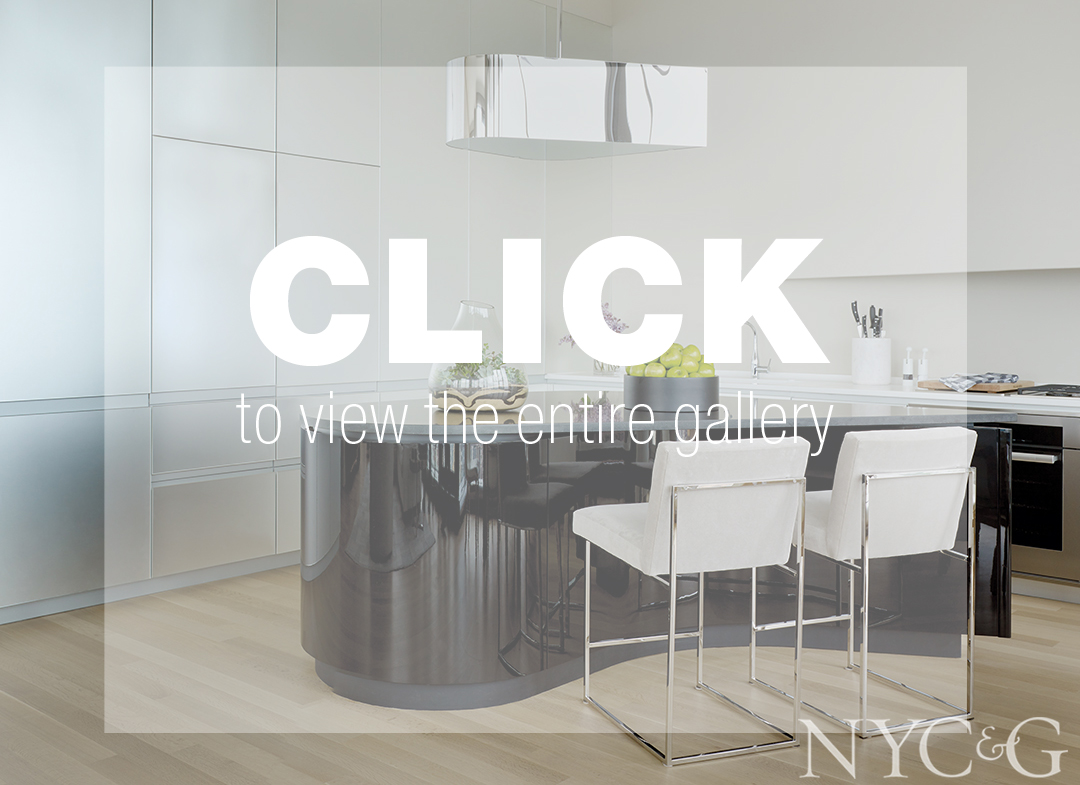 In a full-court press to meet his deadline, Delrose snapped up furnishings, and even some floor samples, from vendors such as Stark, Homenature, Holly Hunt, Ralph Lauren Home, ABC Carpet & Home, and B&B Italia, mostly in neutral tones. “Because the views are the star of the place—from the Statue of Liberty to the Brooklyn Bridge to One World Trade Center—it didn’t need a lot of color,” he says. “And I wanted my clients to have a quiet respite in the city.” Intentionally not too precious, the family-friendly scheme is heavy on durable materials like wood, Lucite, leather, cotton, and treated linen, as well as teak, the primary component of the furnishings on the apartment’s two outdoor terraces. “Because they have kids and dogs, everything needed to be indestructible.”

The baths and kitchen—where a sculptural high-gloss black lacquer island topped with black granite is set against reflective satin-etched glass cabinetry—had been expertly conceived by Herzog & de Meuron and didn’t require any further effort, although Delrose installed a couple of shower doors where there were none and punched up the powder room with a quartz-motif wall covering from Phillip Jeffries. But his most critical contribution to the apartment is probably one that most people don’t notice: In order to play up the glass-box setting and maximize the views, Delrose had Lutron install motorized shades throughout the apartment that disappear at the push of a button. “We didn’t want to start hanging heavy curtain rods and draperies,” he says, “so this was a functional solution.” The result is a space that allows the building’s architecture and dramatic vistas to take center stage, while providing an option for privacy and minimizing sun glare. “Who wants to compete with the city, anyway?” says Delrose. “Unless I put the Mona Lisa on the wall, no one was going to look at anything else.”

A version of this article appeared in the September 2018 issue of NYC&G (New York Cottages & Gardens) with the headline: Sky's The Limit.