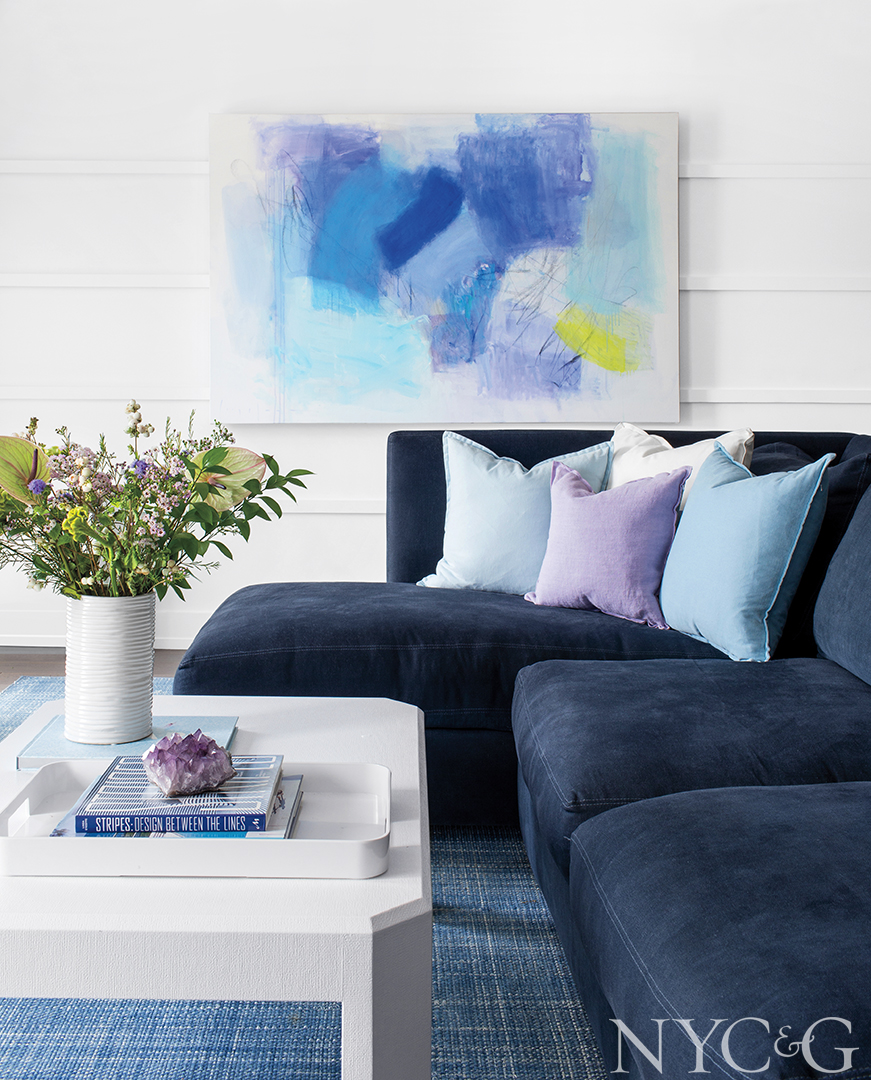 When investment banker and executive coach Kerry Hatch decided it was time to trade in her 4,500-square-foot house in Rye’s charming Indian Village neighborhood for a smaller residence, she was determined to find a standout replacement. “I needed something fun and different,” says Hatch, an empty-nester mother of two who now spends much of her time at a vacation home in Colorado.

A resident of Rye for nearly 20 years, Hatch ultimately settled on a 2,315-square-foot townhouse co-op in a development overlooking the city’s Milton Harbor. The unit was in need of updating, and having been deeply involved in building and decorating her previous homes, Hatch had a clear idea of what she wanted to accomplish.

Not surprisingly, however, challenges emerged. While struggling to optimize the townhouse’s narrow layout, she serendipitously ran into decorator Laura Tutun, who had previously helped her put her Indian Village digs together. Tutun immediately came to Hatch’s aid, devising a plan that would mask the apartment’s imperfections. “I immediately fell in love with Laura’s redesign,” says Hatch. “She had the perfect vision.”

To make each of the co-op’s three 19-foot-wide floors seem airier, Tutun painted the walls Benjamin Moore Super White and hung large canvases and photographs. It was impossible to raise the eight-foot-high concrete ceilings, so standard-height doors were swapped out for taller seven-and-a-half-foot doors, which draw the eye up and elevate the space. “There were no easy fixes in this project,” reports Tutun, who launched her Rye-based firm in 2005. “I was challenged to think out of the box more than ever before.” 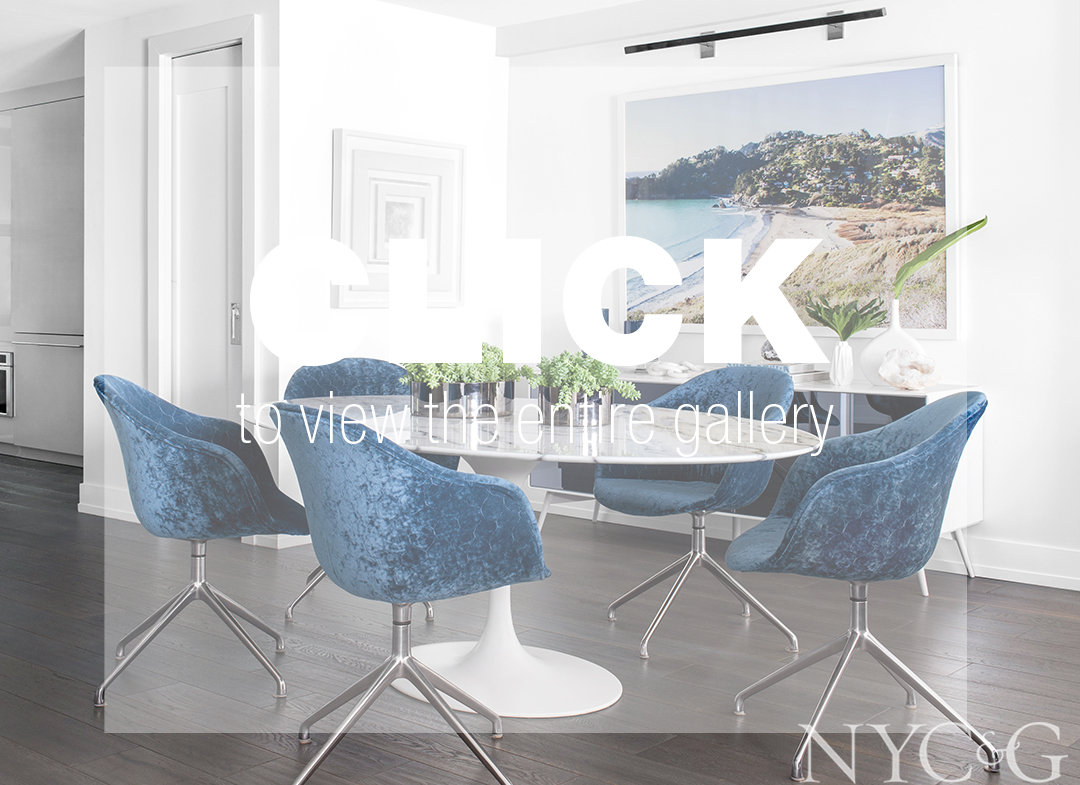 For the entryway, the decorator created a custom floor-to-ceiling cerused-oak storage unit that offsets “the long, narrow hall, adding warmth and interest.” On the same level, the lounge, which doubles as a guest room, was outfitted with indoor/outdoor armchairs, a wicker coffee table, and a roomy sofa that can handily accommodate Hatch’s sons and their friends when they come by for a visit. Despite the co-op’s diminutive scale, the newly opened-up floor plan provided Hatch with one of the largest kitchens she has ever owned—although it essentially eliminated a formal living room and dining room. “I knew what was important to me,” says Hatch, who loves to entertain, “and which spaces would be used the most.”

The pared down, modern decor on the second and third floors features lots of Lucite, textured accents, and pops of blue that amplify the water views outside. “When you sit at the kitchen barstools and gaze out at the water on a sunny day,” says Tutun, “it can really change your outlook. There’s something so therapeutic about it.”

“When you’re inside, you don’t see land,” concurs Hatch. “It’s so soothing—I feel like I’m on a cruise ship every day.”

A version of this article appeared in the May/June 2019 issue of NYC&G (New York Cottages & Gardens) with the headline: Glam in Rye.