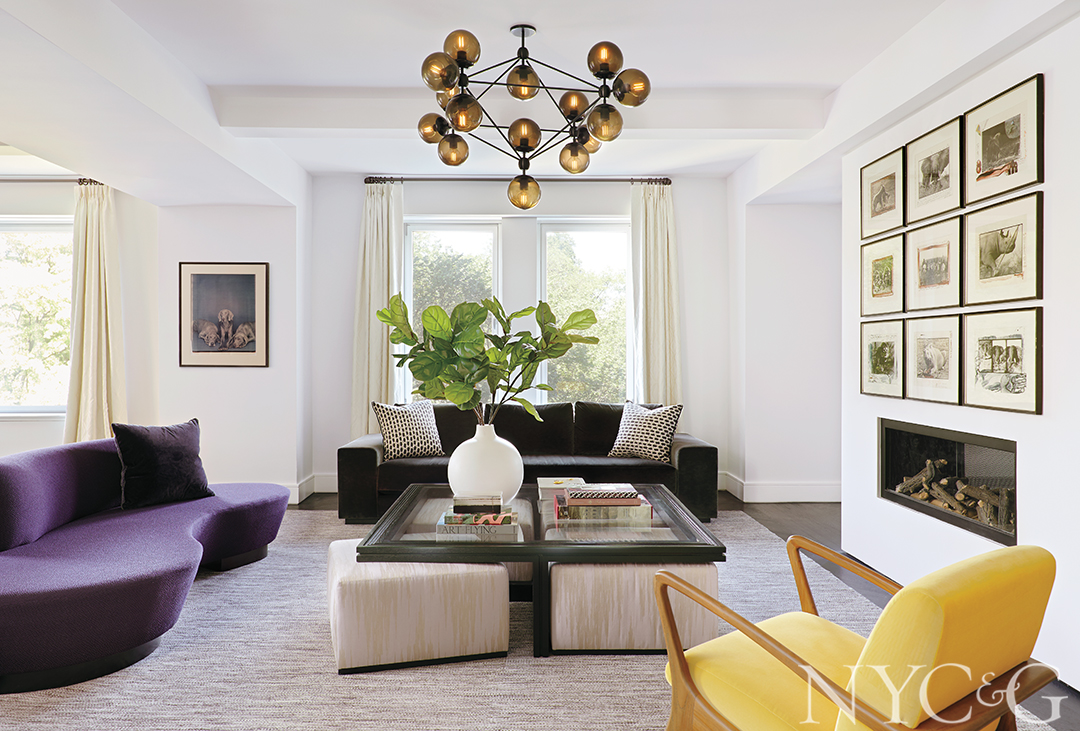 Then Abigail Kazam, a beauty marketing consultant, and her husband, Julian Steinberg, a finance executive, decided to redo their apartment on Fifth Avenue, they instantly knew the right person to take on the interiors: designer Lilly Bunn, an old friend of Kazam’s. The two women had lived in the same building long ago, years before either was married, and had already developed a symbiotic shorthand between them. Kazam, Bunn says, is “a chic New Yorker, someone who knows fashion. We speak the same language, and I knew what she wanted.”

Kazam’s request—a happy, stylish apartment that would accommodate her growing family and frequent guests—was a concept Bunn fully understood. When the project began, each woman had two children, and each became pregnant with a third child during its completion. Bunn is known for being particularly adept at creating spaces with kid-proof panache, serving different functions depending on a room’s occupants or the time of day.

Despite the undertaking’s seemingly straightforward nature, it was not without challenges, particularly when it came to transforming the large, open living area into a more multifunctional space. Additionally, Steinberg wanted a fireplace, something next to impossible to pull off in a Manhattan prewar. The solution: a freestanding wall framing a hearth that operates with flammable-gel cartridges, thereby eliminating the need for venting. “This kind of fireplace is wonderful for floating walls,” Bunn says, “because you can see right through it.”

A large Avery Boardman sofa presides on the living room side of the wall, while a Bunn-designed oversize coffee table conceals a set of wheeled ottomans that provide extra perches for company. “If you have a big party, everybody can roll out a seat,” Bunn explains. “And you don’t have to drag chairs out of storage.” 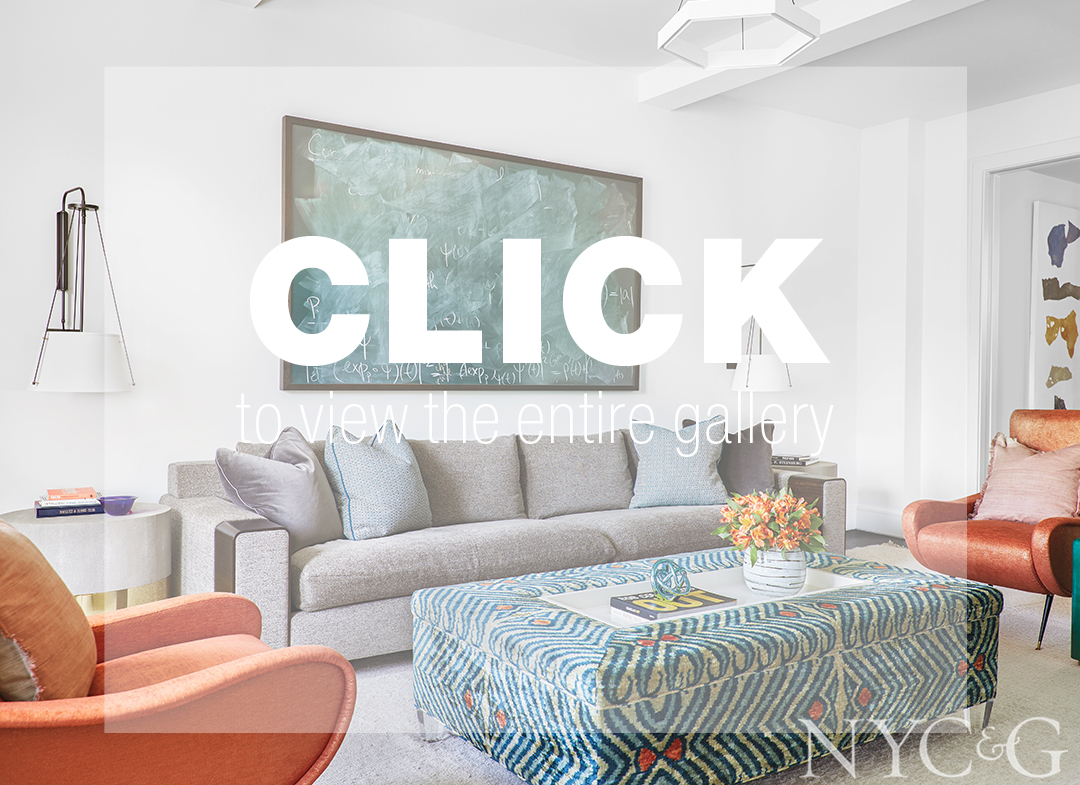 A more private space, the library/family room, occupies the other side of the divide, which is furnished with a big, comfy sofa and ottoman and a television set positioned deliberately out of view from the public area (something Kazam insisted on). The ottoman, another custom piece by Bunn, contains a large tray for corralling everything from glasses of wine to piles of children’s books. And even if wine were to spill, the ottoman’s shimmery ikat fabric “would be hard to stain because it’s rough and dark and has a million little colors running through it,” the designer says. But if a single accessory fully encapsulates the apartment’s fashionable, yet functional design scheme, it would be the dining room’s Knoll chairs, given an elevated twist with gold-plated legs and seats covered in “one of those velvets that has a million double rubs. You can wipe anything off them.”

The residence’s generally excellent floor plan was saddled with one dead end: Steinberg’s office. Rather than just ignore it, Bunn celebrated it, positioning it behind a set of bookcases that are hinged like a door, creating a sort of “secret space,” she says, that makes work more like play. The office is also the only room in the apartment with wallpaper, a faux bois, not to mention a swell marbleized black vellum desk by Julian Chichester.

Kazam’s favorite piece is a lot subtler, but no less noteworthy: a small Lucite chair, slipcovered in terry cloth, in the master bath. It began as an idea in her head, followed by a futile attempt to find it in the market (it didn’t exist), and ultimately brought to life when Bunn simply decided to make it. The process took a year, but was worth the wait. “I use it every day,” Kazam says, “and I love it every day.” As Bunn had stated from the start, she speaks the same language, and knew exactly what her client wanted.

A version of this article appeared in the October 2018 issue of NYC&G (New York Cottages & Gardens) with the headline: Common Bond.