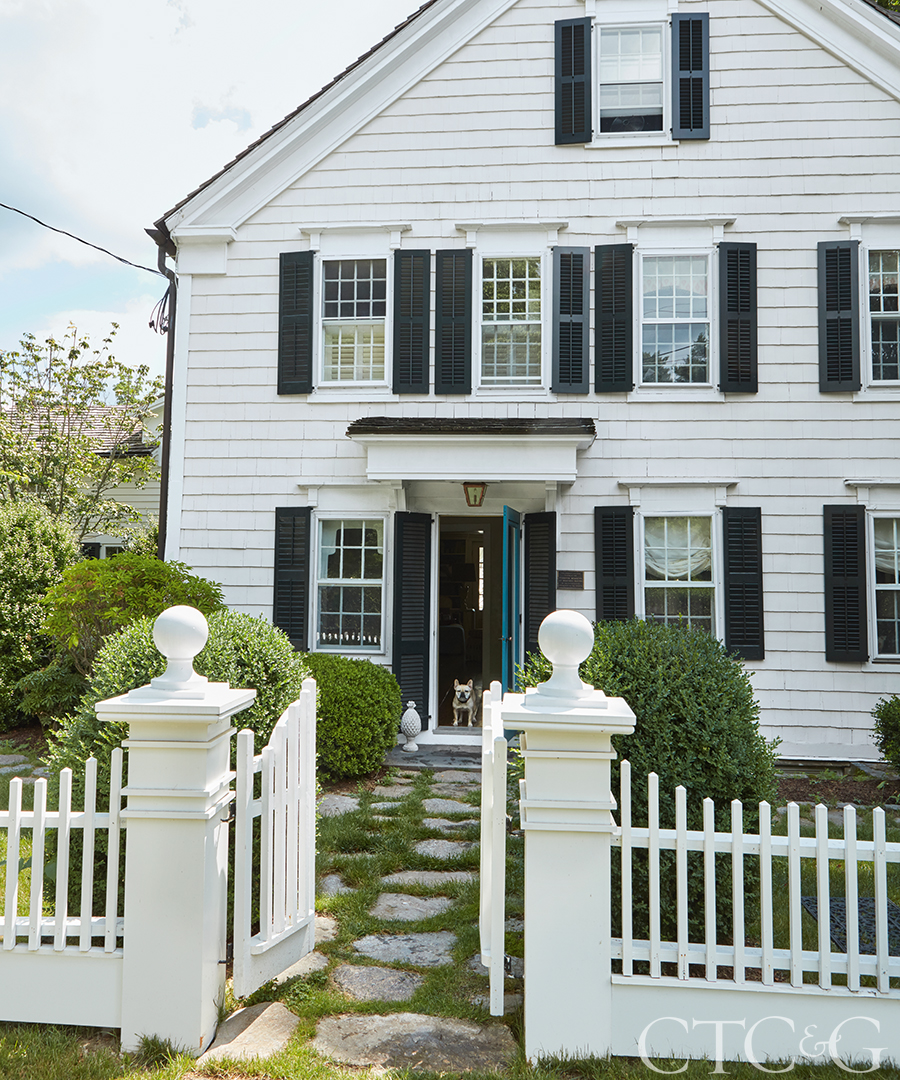 As they were relocating from London to the East Coast, American expats Catherine and David Friedline were in a mad dash to find a house and settle in before the imminent arrival of their second child. They soon purchased a unique Colonial called Cowmoney Lodge (named by a previous owner, who bought it with money made from the dairy trade). In 1767, Jonathan Middlebrook situated the house on a hilltop to take advantage of the rising sun warming the house throughout the day.

From the start, the Friedlines were charmed with its idyllic setting, untouched architectural details and original materials, such as lustrous wide-plank floors, rippled lead-glass panes and hand-hewn beams. But it also had its challenges—low ceilings, an isolated, antiquated kitchen and several small, dark rooms. With six bedrooms and almost as many working fireplaces, they had room to grow. An additional outbuilding, Cowmoney Barn, has an enormous living space and guesthouse perfect for large parties and smaller get-togethers. The well-appointed barn also laid host to the overscale art, rugs and antiques the young couple had collected or inherited, which the house would not accommodate.

The Friedlines set about figuring out how to tailor the house to their active life, while also obtaining approval of an acceptable architectural plan from the Historic District Commission. “You just have to allow the architecture to shape the way you live,” notes Catherine Friedline. Southern by birth, an aesthete by nature and an interior designer by trade, she enjoyed tackling smaller projects that were manageable with two small boys at home. This, her first house, became her “laboratory of ideas.” She worked with designer Margaret Bondy, who addressed the dated Colonial color scheme. Bondy also devised the best use of light in the dark rooms and creatively solved furniture arrangements in oddly shaped rooms. 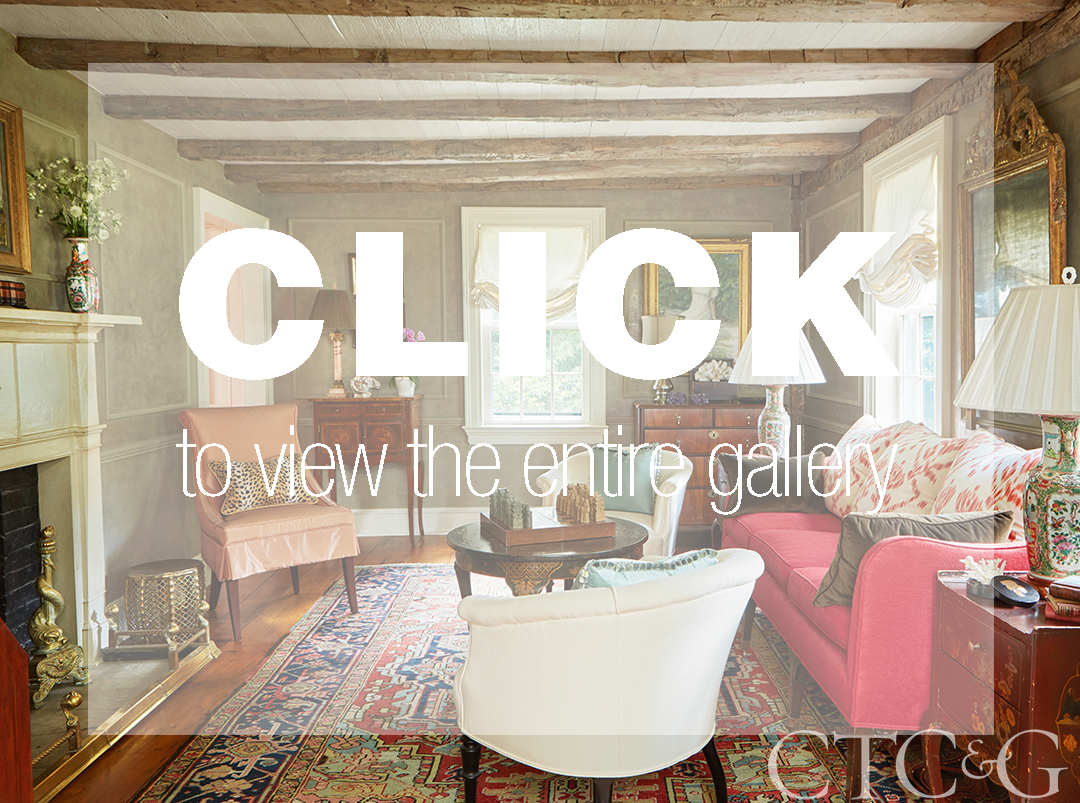 Banishing stark white walls for a luminous off-white Venetian plaster, decorative painter Michael James artfully applied the finish through the entry, living room and stairwell, wrapping all the way up to the third floor. This layer, along with glossy ceilings, was Bondy’s clever device to draw the eye away from awkward beams and drive light through the entire house. “It makes the sunlight dance,” says Friedline of Venetian plaster versus paint. “It’s a really good solution for antique houses, like the difference between tinted moisturizer and Chanel foundation.” Bondy strategically used shagreen, raw silk, velvet and linen textiles in soft hues, some brightened with subtle incandescence. Giltwood mirrors, modern lucite, antique crystal and alabaster fixtures add shimmer and work nicely with the family’s English, American and Continental antiques.

With plans approved, architect Adam Klyver connected the central keeping room to a new kitchen that accesses an enlarged outdoor dining terrace. Working within a small footprint, he managed to make the kitchen feel expansive, maximizing space and storage like a boat builder. By enclosing a back porch, he carved out a mudroom, powder room and foyer, which created a more gracious transition when entering from the outside into the kitchen.

Designer Lisa Hilderbrand led the decoration of the addition and renovation. Good friends, Friedline and Hilderbrand (a fellow Southerner) joyfully connected over a similar aesthetic—classicists with an appreciation for the collected, curated interior. Hilderbrand looked to the English country house vernacular for inspiration. “The spirit, seen a lot in Southern houses, is gracious, interesting, full of family pieces—perfect in their imperfection,” she explains. Taking a color cue from the homeowners’ extensive collection of rare Palissy ware, Hilderbrand laced its turquoise and teal blue through the new spaces, treating the small areas like little bijou boxes with special finishes for every surface, even the ceilings. Friedline added touches to echo Southern Low Country houses, such as oyster shell gravel on her terrace and reclaimed brick for her mudroom floor. Together, the team created modern, highly functional rooms that look as if they were always part of the antique house. “The house opened up and really became magical,” delights Friedline.

A version of this article appeared in the November 2017 issue of CTC&G (Connecticut Cottages & Gardens) with the headline: Young at Heart.