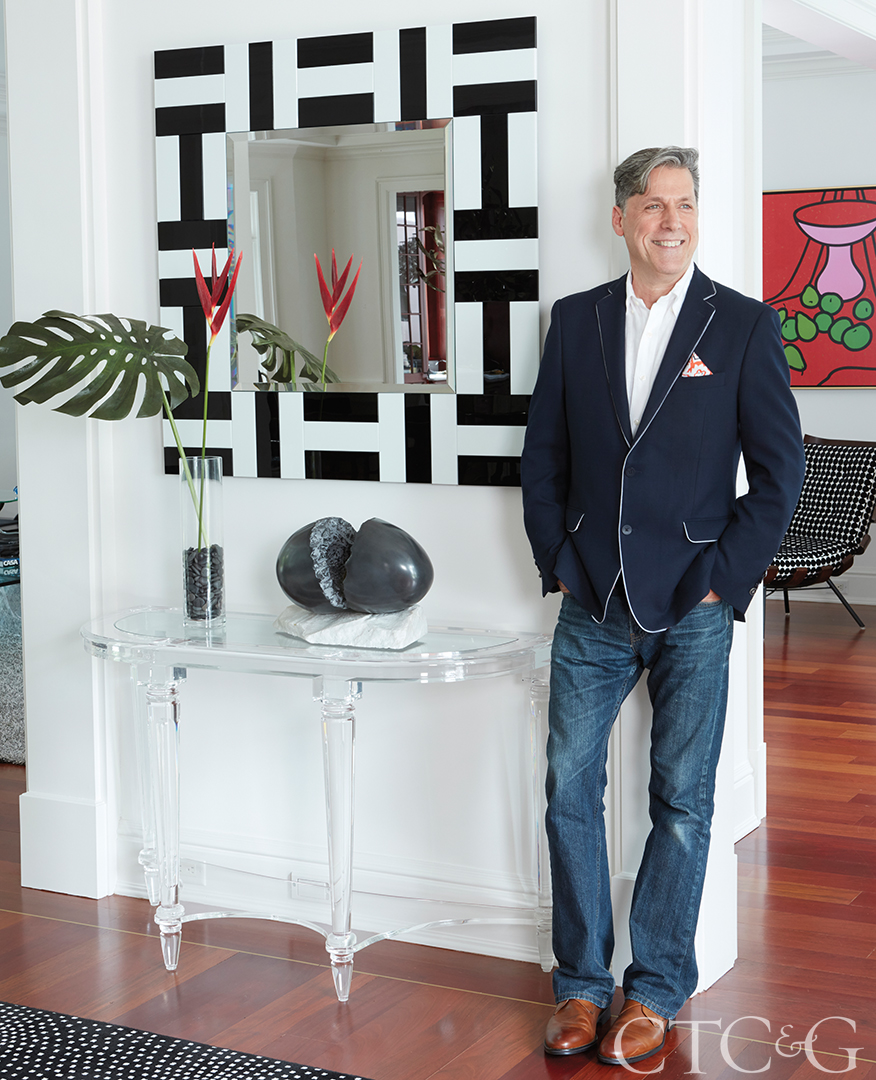 It was the clients’ first time. When they hired Fairfield–based interior designer Ron Marshall to fill the rooms of their spacious Fairfield County residence with notable furnishings, objects and artworks, they knew little about the process of interior design. “I’d be in the living room and suddenly Ron would drive up in his Ford Explorer, open up the back, and pull out sofas, lamps, tables,” the wife recalls. “Ron would bring things over on a trial basis. They never left. What he brought in, I liked right away.”

Indeed, Marshall admits his methods aren’t exactly conventional in the industry: “I guess you could say I’m famous for this approach—just loading things in the back of my car and bringing them over to see if they go well with the other objects and décor.”

Well known for this way of doing business, he can borrow most anything from a range of showrooms and top dealers, such as John Salibello in New York from whom he purchases many vintage lighting fixtures. “Clients love this approach,” says Marshall. “It avoids sizable shipping costs, the husband gets to see something before committing to it, and if the clients like something, they can start living with it right away.” For this six-bedroom home—traditionally French Provincial on the outside but decidedly modern on the inside—Marshall points to many objects that arrived via his vehicle, including three 1960s kidney-shaped ottomans in the foyer, an egg-shaped sculpture at the entryway, and Vladimir Kagan end tables in the living room.

Marshall adhered closely to the aesthetic wishes of his client, while remaining true to his ideals as a designer. This client stipulated that she wanted midcentury modern and a palette as neutral as possible, with all walls, ideally, white. “Ron and my husband won the fight for gray walls in the media room,” she admits. “They convinced me that the darker the room, the better a movie stands out.” But the client prevailed in keeping every window in the home absent of curtains. “I don’t like rugs or runners, I don’t like curtains, and, fortunately, because we’re set back far enough from the street, there are no issues of privacy,” she adds. “One of the directives I had when we were shopping for a new home was that the windows had to stand alone, be attractive enough to be seen without curtains.” 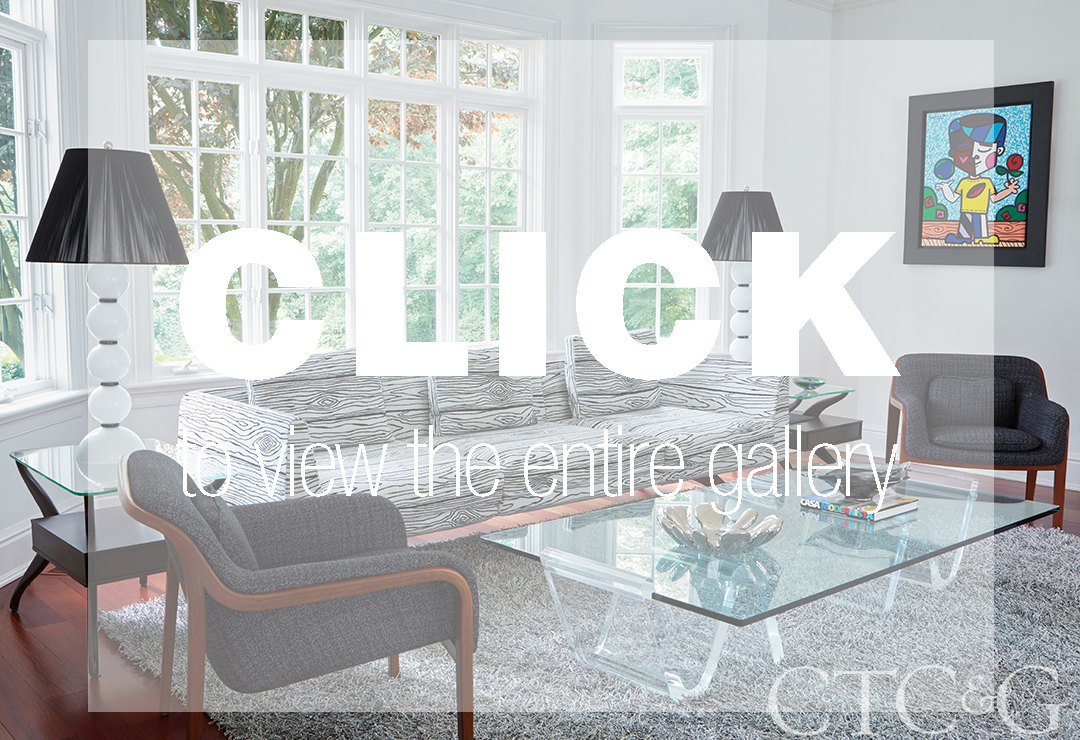 The designer quickly filled the rooms of the 10,000-square-foot house with mostly midcentury pieces. And while some of the items are de rigueur for establishing that design dynamic, such as grouping Saarinen chairs in the breakfast nook, both he and the client were keen to find objects that were less predictable. They sought—and had custom made—furnishings that assumed novel shapes and features, such as a boomerang sofa in the living room, molded Lucite chairs at the kitchen island, and a console with four different legs.

“The challenge I’ve learned about midcentury furnishings is that they’re often scaled on the petite side,” says the client. “In a house this large, the furniture shrinks down, so we had to keep looking for items of an appropriate scale.” Rather than position the typical round table with fresh flowers at the entry, Marshall chose large black and white ottomans and chairs to give it some oomph and presence as a space that could be occupied.

“That entry is important,” notes the client, “because I always wanted a house where you could see front to back the minute you walk inside. This house is designed, architecturally, that way, and this furniture really makes a statement there.”

Marshall’s role for this home was as much interior designer as it was curator. “The clients already had some iconic midcentury pieces when we started the project,” he says, “but we continued to build on that collection. They understand the idea of furniture as art, furniture that works as a collection. Every item is sculptural and practical. Nothing in this home is predictable, and that makes for interesting, engaging interiors.”

A version of this article appeared in the September 2017 issue of CTC&G (Connecticut Cottages & Gardens) with the headline: Artful Interiors.