A brief history of a brilliant interior design career. 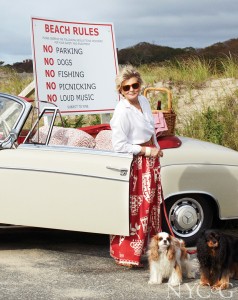 1951
Charlotte Moss is born in Richmond, Virginia, the oldest of five children. “I was an athlete,” she recounts. “I did everything from horseback riding to swimming to playing tennis. I just loved being outside.”

1969
Graduates from high school and enrolls as an English major at Virginia Commonwealth University (VCU), where she works in the admissions office.

1973
After earning her bachelor’s degree, begins working for VCU full-time and goes on the road recruiting prospective students.

1978
A friend encourages Moss to move to New York and share a studio apartment in Manhattan, and she takes the leap. “I just knew I had to do it,” Moss says. “It was in my bones.” Determined to be successful and self-sufficient, she ultimately lands a position in a brokerage firm on Wall Street.

mid-1980s
Moss quits her job and travels to England for two weeks to go antiquing, with plans to open her own home furnishings shop. In October 1985, she marries Barry Friedman, whom she met on Wall Street, and 10 days after the wedding, opens Charlotte Moss & Co., Ltd, on the lower level of their Greenwich Village townhouse. “At that point, everything was focused on the store,” she says. “We even put off our honeymoon.” In 1986, after realizing that much of her clientele was based uptown, she relocates her store to the Upper East Side. 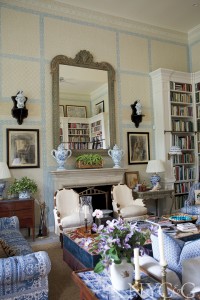 1989
Purchases a spec home in East Hampton, which she has transformed over the last 30 years into a sumptuous weekend retreat with lush gardens. Around this time, she starts building a roster of steady design clients and expanding her business further. “I was always reading decorating magazines and glomming onto anything design-related,” she says, “but it took me a while to consider interior design as a career path.”

1991
Authors her first book, A Passion for Detail (Doubleday). She has since published a total of 10 titles, with two more in the works.

1994
Participates in the Kips Bay Decorator Show House for the first time. She has returned on seven occasions since then, and also served as the showhouse gala chair.

1996
Closes her retail store to focus on spending time with her brother, Edward Joseph Moss, Jr., who was battling leukemia and died of the disease. She was his bone marrow donor.

1997
Buys a winter getaway in Aspen and keeps a home there for 17 years. Continues to focus on her business as the new millennium approaches. “We’re privileged to have a really solid repeat clientele,” she says. “It’s great: You know how far you can push limits, and there are no more first dates.” 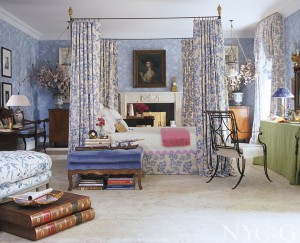 2006
Debuts a collection with Brunschwig & Fils. Moss has also designed products and home accessories for manufacturers including Stark, Century Furniture, Fabricut, and Pickard China, among others.

2007
Still passionate about retail, she debuts the five-story Charlotte Moss Townhouse, an Upper East Side emporium that ultimately shutters in 2009. “Prior to opening, I spent two years creating the concept and shopping in Europe, so closing was one of the toughest decisions I’ve had to make.”

2008
Receives an honorary doctorate from the New York School of Interior Design. She remains on the advisory board of the school, which bestowed its Centennial Medal of Honor on her in 2017.

2009
Joins the Bone Marrow & Cancer Foundation’s board of trustees, where she currently serves as vice president. “I feel very fortunate to have found BMCF and honor my brother,” says Moss, who also sits on the board of American Corporate Partners and is a trustee for the Thomas Jefferson Foundation, Monticello. “I am very grateful for what I have, and feel that if everybody gave back a little, what a groovy world it would be.” 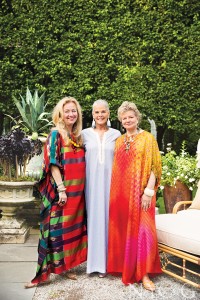 2012
A lifelong globetrotter, Moss publishes her eighth book, Charlotte Moss: A Visual Life (Rizzoli). “Travel is the greatest escape and a huge source of inspiration,” she says. “I constantly use those visual references in my work.” Favorite destinations include Africa, India, Bangkok, and Cambodia.

2017
Releases a collection of artisan-made jewelry, caftans, shoes, and accessories with Charleston-based Ibu Movement, which empowers female artisans across the globe to become economically self-sufficient.

2020
“My husband and I talk about slowing down,” she says, “but that conversation never seems to be very conclusive.” Ongoing decorating projects include homes in Denver, Palm Springs, Virginia, Texas, and the Bahamas. This May, Moss will deliver the commencement address at her alma mater.

Learn more about the wonderful world of Charlotte Moss on her website or check out her Instagram feed @charlottemossco.