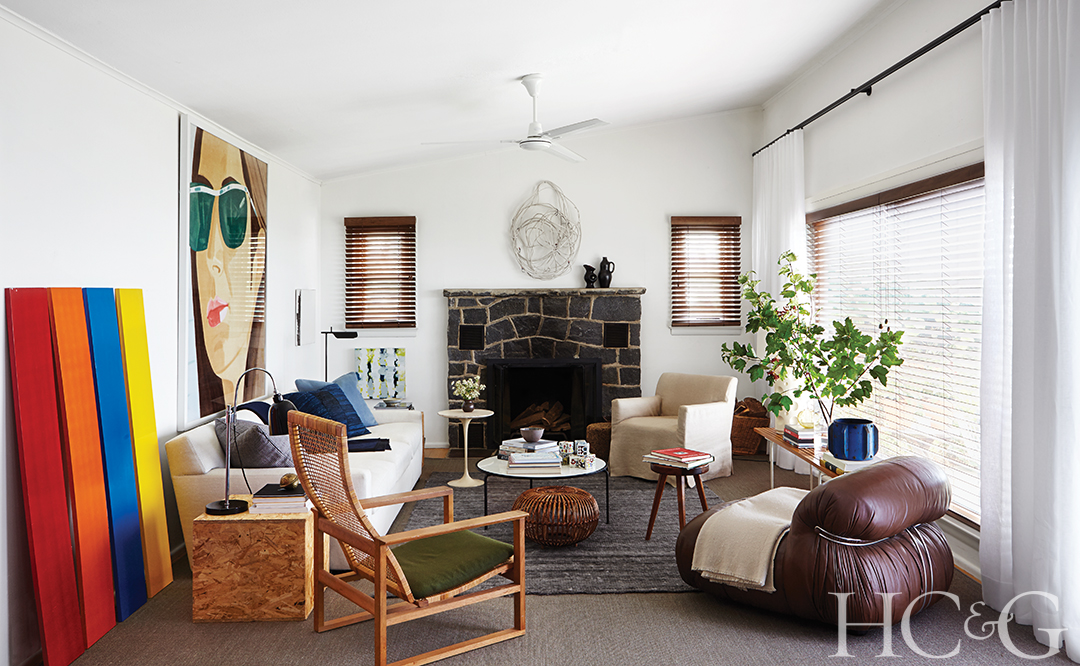 When interior designer Timothy Brown told a realtor friend that the apartment he was renting outside Sag Harbor wasn’t big enough, she told him she had the perfect place for him. But “perfect” turned out to be a relative term.

“From the front,” Brown says of the cottage he ended up renting, “it’s as ugly as can be.” The previous owners had closed in the garage to make a guest room and slapped unbecoming yellow siding on the exterior. The interior, full of their furniture, had stained wood trim, and “I hated the color of the floor,” the decorator adds. But then there was the view.

Perched on a spit of land known as Bay Point, the 1,200-square-foot house overlooks Long Beach and Noyack Bay. “It was probably designed by a decent architect, but built by a cheap contractor,” Brown opines. “I especially like the sloped ceilings.” In the main room, the ceiling rises from eight to 10 feet above big windows that frame a sweet backyard and the storybook vista. “It was somehow exactly right.”

Because Brown is renting the space, he did not want to spend a lot of money fixing things up. But he still endeavored to put his mark on it. His first move was to clear out the furniture and paint the entire interior Benjamin Moore Decorator’s White. He even painted the tiny kitchen’s metal cabinets, which he personalized with black leather pulls. Next, Brown covered the floors with gray sisal, layering it with area rugs and hides to up the ante on coziness and define seating areas. And a handful of new wooden blinds “makes everything feel fresh.” 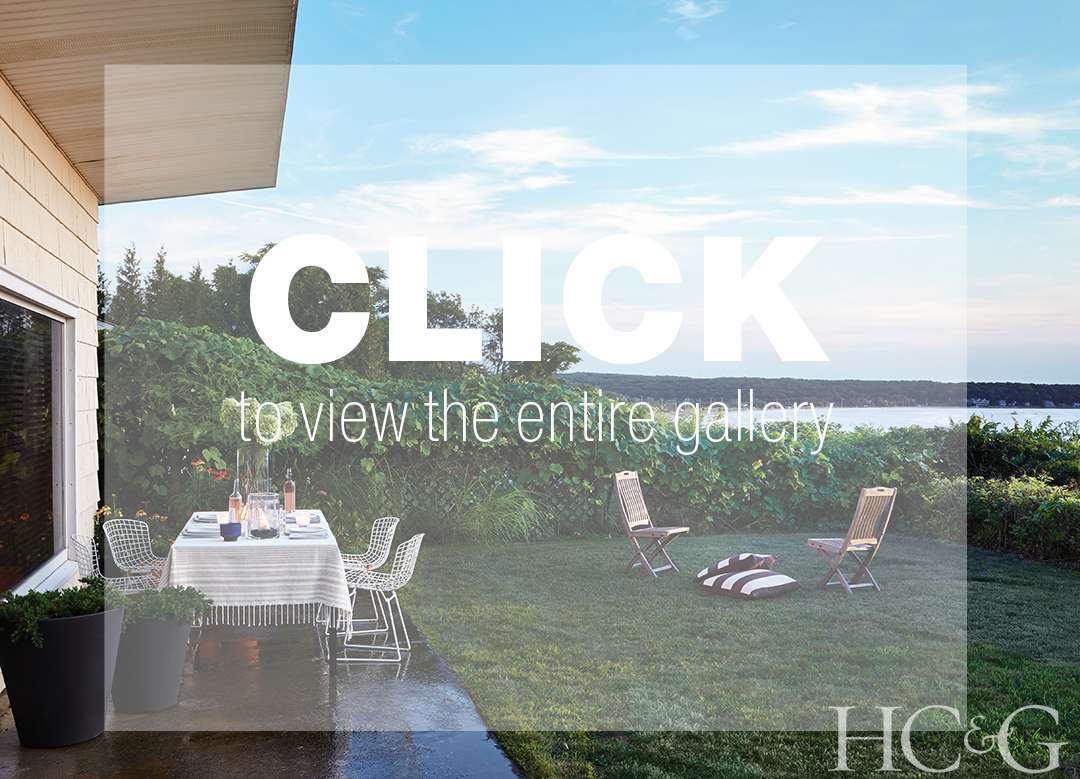 Furnishings are a highly personal mix. “I brought in a lot of things I already own,” Brown says, “then started swapping them out for newer pieces.” Most everything is vintage, often with a design provenance, such as classic mid-20th-century examples by Scarpa, Saarinen, Bertoia, and Wegner. But nothing is too precious. Brown sleeps on a CB2 bed, for example, and the dining room’s white lacquer cabinet “was all chipped and beaten up, and no one would ever buy the thing at this one store I went to, so I took it, and I think there’s something kind of nice about it.” The “tables” next to his living room sofa are fashioned from the packing boxes his outdoor tables arrived in. “When you put things together that you like,” he muses, “the design ultimately works.”

The same sentiment goes for Brown’s quirky approach to art. He whipped up the electrical wire “sculpture” above the mantel on the day of his first house party, and it has remained there ever since. The Alex Katz portrait hanging above the sofa is actually a framed beach towel, while four abstract “surfboards” on the floor are color samples left over from a shelving system his firm designed for a client.

Brown’s ingenuity is hardly surprising. He credits both his welder father and cabinetmaker grandfather with planting the seeds of his profession when he was growing up in Tennessee. “I went from building houses for the family and working in my grandfather’s woodshop to interior design,” he says, adding that while he often treats his hideaway as a bolthole, he also likes to entertain. “It’s great in the summer, and it’s great off-season. It’s amazing to watch the water in the winter when it’s frozen and to track where the sun sets from one month to the next. For a long time, I moved almost every year, both here and in the city, but I can see myself staying in this place. And I’ve got some ideas if I should ever wind up owning it someday.”

A version of this article appeared in the June 2018 issue of HC&G (Hamptons Cottages & Gardens) with the headline: Rockin' Rental.