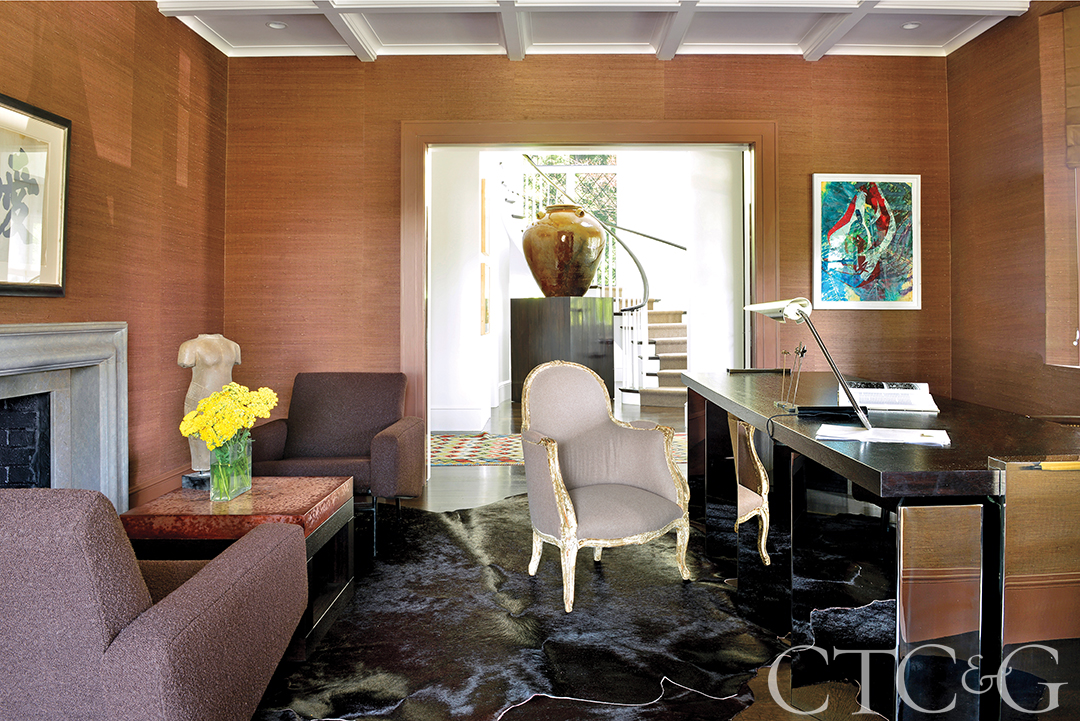 Vicente Wolf has the advantage of viewing the world from both sides of the lens. Perhaps better known for his interior design prowess—his diverse star-studded clientele includes Julianna Margulies and Ralph Pucci—he is also a professional photographer whose eye for composing an image is on par with his instinctive ability to perfectly curate a room. Consider the images he shot for this story.

On the one hand, Wolf recognizes the necessity of the big overall view like that of the living room where readers can sense his sweeping design intent. “I always want spaces to feel contemporary. Even in a room filled with traditional things, I still want it to feel that we’re in the present,” says the designer, whose teaming of classic French chairs in the living room with a nubby sisal rug and a circa 1970s Corinthian capital table all reflected in the crisp white lines of an Anichini mirror makes his case.

But Wolf the photographer also understands the power of the vignette to establish a feeling of intimacy while allowing a close-up look at his design technique. Zooming in on one section of the living room, for example, reveals his penchant for creating what he calls, “unbalanced symmetry.” “I like to put smooth furnishings against a rough rug, and a table that adds a contemporary element next to more traditional pieces,” he explains. “It’s the juxtaposition that brings out the best in each item.” 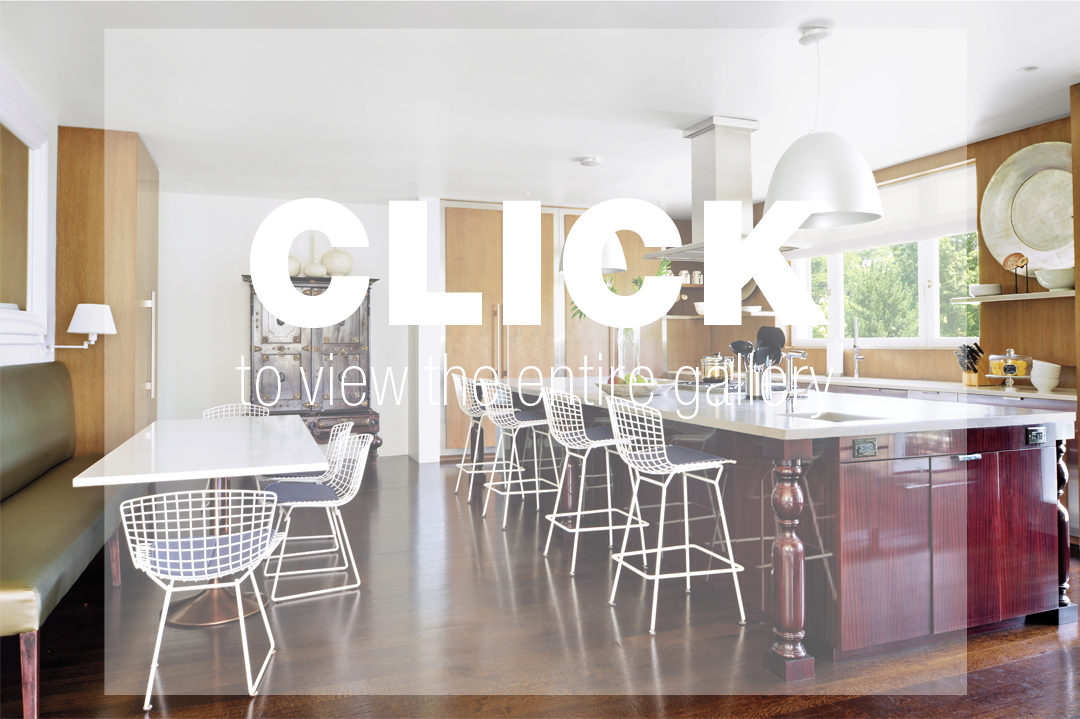 Along with bringing out the best in every table, lamp and artifact was the primary goal of creating the right environment for a couple with two young children. Having purchased an ailing Victorian in Greenwich’s desirable Belle Haven community in 2011 for the clichéd reason of “good bones,” the owners hoped to preserve the architectural integrity on the outside while updating the interiors. To accomplish the former, they turned to architect James Margeotes. “James has this deep knowledge of Victorians and he worked really hard to save things like the original stonework while dealing with structural problems,” says the wife, who then relied on builders Doron Sabag and Jim Hoffman of SBP Homes to finesse the details.

According to the builders, the original house constructed in 1900 had undergone several previous renovations. By the time the current clients purchased it, the house suffered from years of neglect. “It basically needed to be reframed from inside out—rather than the other way around,” Hoffman explains. “It was difficult but we were able to satisfy the client’s zero tolerance for sagging and swaying that is typical in older homes.”

In conjunction with Margeotes, they also reworked the entry staircase. “The staircase sweeps up to the second floor from inside the front door creating an impactful moment upon entry to the house,” Hoffman adds. The designer’s addition of an overscaled Balinese urn punctuates the drama.

Throughout the house, the combination of disparate objects, repurposed furnishings from a previous home, and custom items keeps you guessing about what’s new and what isn’t. Midcentury-modern Bertoia chairs sharing space with a brass trimmed cabinet from Sri Lanka in the kitchen, and a reupholstered traditional French chair set next to a wood desk with a stainless steel base in the office is all part of the fun.

Things grow more cohesive in the master suite where the walls swathed in a seductive tone of seafoam green with window coverings and bed linens to match imbue an intentional sexy vibe. “There’s nothing too frou-frou. Instead, there’s a sensuality to the space that creates a romantic quality,” says Wolf, whose inclusion of a miniature Chinese house shrine highlights his flare for the unexpected.

About his ability to deftly merge past and present, and to mix elements others might deem too unlikely to be together, Wolf says: “It all happens organically. I don’t think about it, it’s not intellectualized, but it all just sort of makes sense.”

A version of this article appeared in the October 2019 issue of CTC&G (Connecticut Cottages & Gardens) with the headline: Modern Vintage.