At this year's Red & White Ball top designers perfected their tablescapes for all to see. The annual event benefited the Metro New York North Chapter of the American Red Cross. 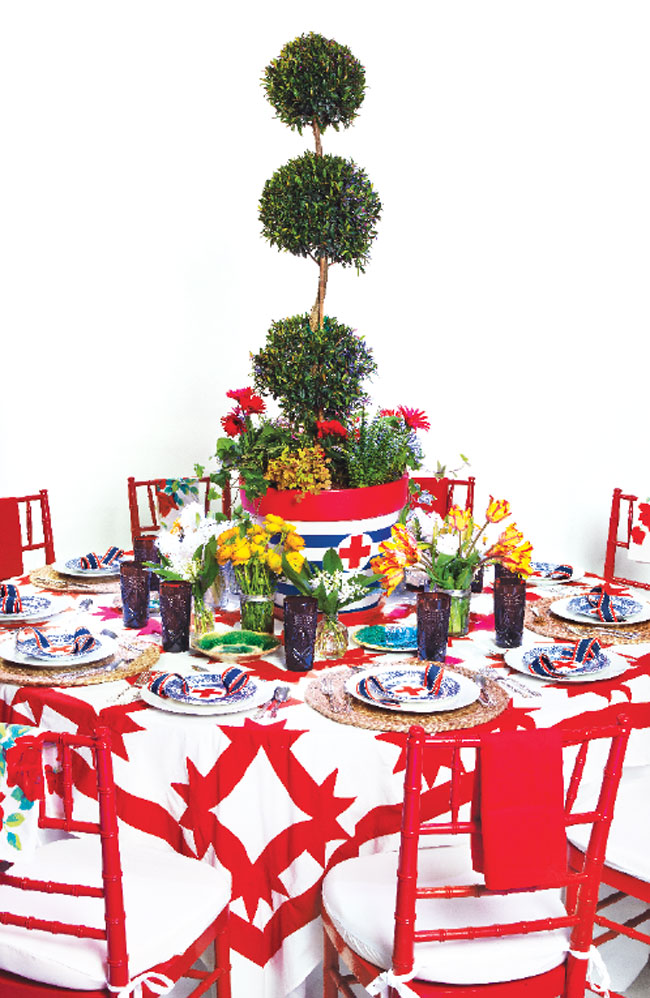 What was the inspiration behind your choices in color, pattern, etc. for this Americana-style tablescape?
Anthony Baratta: I wanted the table to feel relaxed. I was inspired by the great tastemaker Lee Bailey and the idea of casual entertaining for any party.

Tell me about the quilt that you used as a tablecloth. The quilt was a vintage quilt top in a 1930s pattern. I love the look of red and white quilts.

How did you choose that plate and glassware combination? I wanted everything to be simply done. I chose straw placemats to break up some of the geometric pattern from the quilt top. I placed blue and white Spode plates, which are my favorite pattern. The glasses used were cranberry-red drinking glasses that I purchased from eBay. I also placed vintage green Majolica recently purchased from an auction. I really just wanted a simple, country house feel.

I love the Mason jars as vases for tulips and ranunculus. How did that idea come about? The flowers were intentionally done to look as if they were freshly picked from a garden. Mason jars and Martinelli apple juice jars are something I have been using since I first saw it done in the '70s. I really felt like it completed the “thrown-together” look that I was going for. 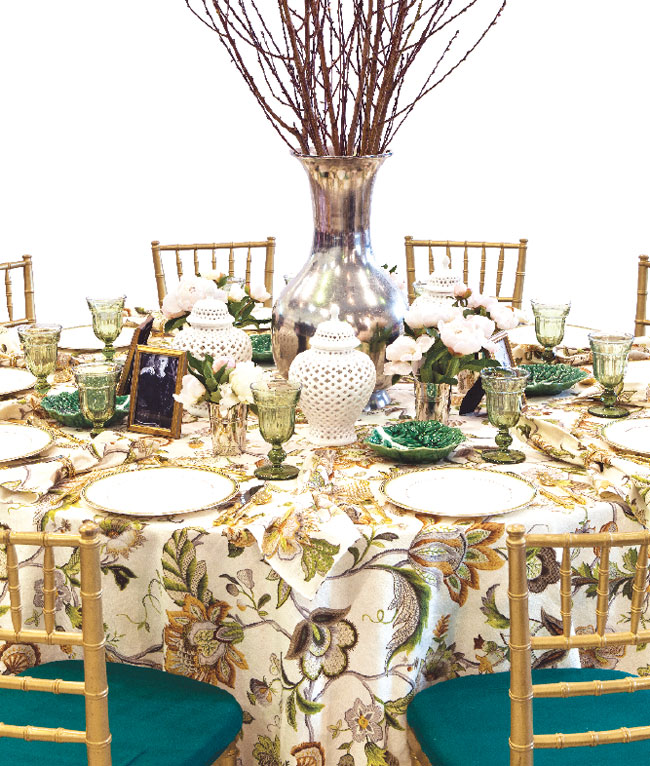 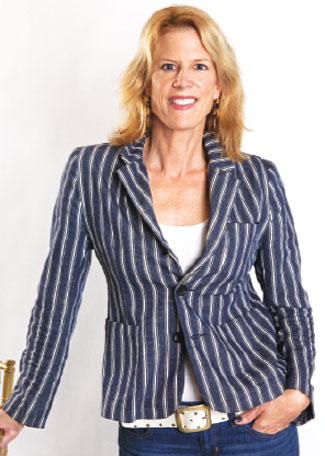 What was the inspiration for this elegant tablescape?
Susanna Salk: C.Z. Guest’s love for flowers and her casual elegance.

What are the images in the frames? I wanted her beloved husband, Winston, present, as he was such a force in her early life. And, of course, her looking über chic and casual in Palm Beach with her dogs. I couldn’t not show her dogs!

How did you decide to use the silver cups with peonies and the white ginger jars? It all just came together: I loved the idea of peonies—one of her fave blooms—in mint julep cups. Mark and Graham kindly monogrammed them with C.Z. initials. The C. Wonder ginger jars were a nice WASPy touch and gave a secondary visual layer below the giant vase, which I filled with branches that gave height. It wouldn’t have been in the spirit of C.Z. if it had been too showy.

What is your favorite element or detail? The way the floral fabric from Ballard Designs was the ideal foundation. It’s difficult to look at a swatch online and know if it’s going to set the right tone. Then, when it came, it was both whimsical and luxurious. Everything placed upon it looked country glam.