The world as we now know seems to spin on a different orbit entirely from that of a pre-pandemic 2020, but some things remain very much the same. One example? Richard Neutra’s famed Sten Frenke Estate, otherwise known as LA’s Historic-Cultural Landmark No. 647. Owned by director Marc Forster, it last hit the market in early 2020 asking $15 million. Now for sale again—at the same price with the same agent—the modernist masterwork stands a beacon of dreamy midcentury style.

Neutra designed the circa-1934 home after being commissioned by its namesakes,’ actress Anna Sten and producer Eugene Frenke. At one point deemed on her way to Greta Garbo levels of iconicity, Sten was keen to establish herself in Hollywood. The house seems a haven for those in showbiz no matter the decade since it has been in Forster’s hands since 2009, who has directed films like Christoper Robin, World War Z, and The Kite Runner. 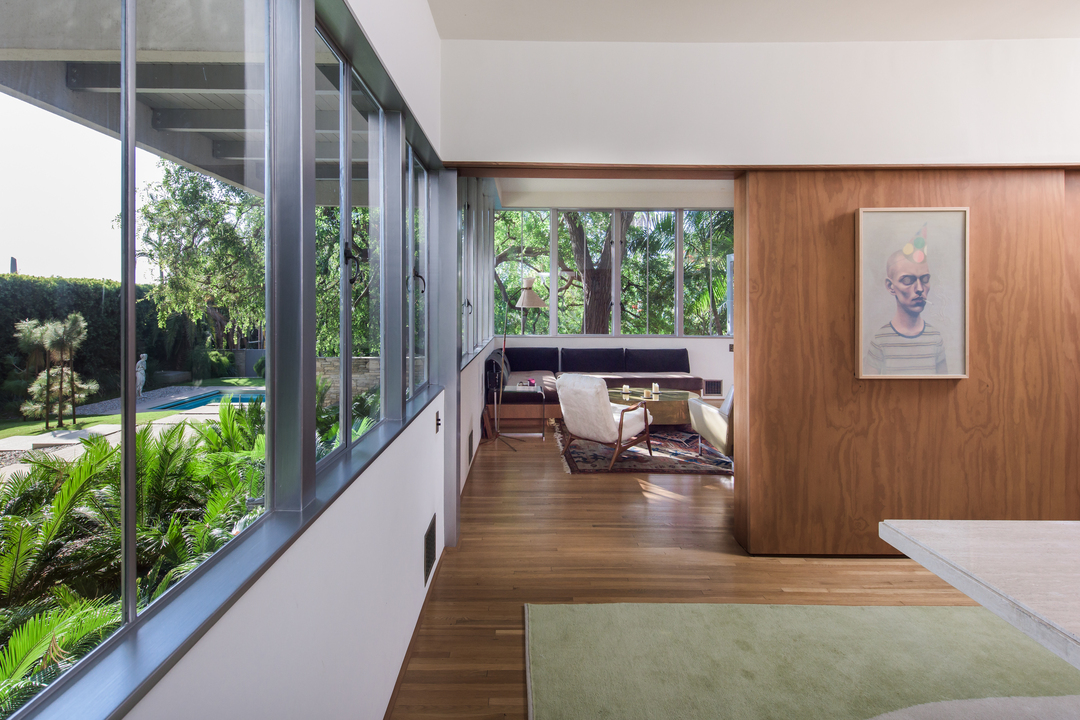 Impeccably cared for in the years since its creation, the home remains quintessential Neutra. Most recently, architectural firm Marmol Radziner executed one restoration of the infrastructure and then designer Mark Haddawy and contractor Dave Binder worked their magic to bring back the house’s original glory. For Haddawy and Binder, this required a deep dive into the UCLA Neutra archives.

Forster has even added to the estate. The firm Johnston Marklee designed a separate house to function as a work studio and to gift more space to guests. All in all, the property now counts five bedrooms, seven bathrooms, and an ozonated pool.

Billy Rose of The Agency holds the Sten Frenke Estate listing with views all the way to the ocean.