Donald Trump's Former Greenwich Estate Has Been Reduced to $45 Million 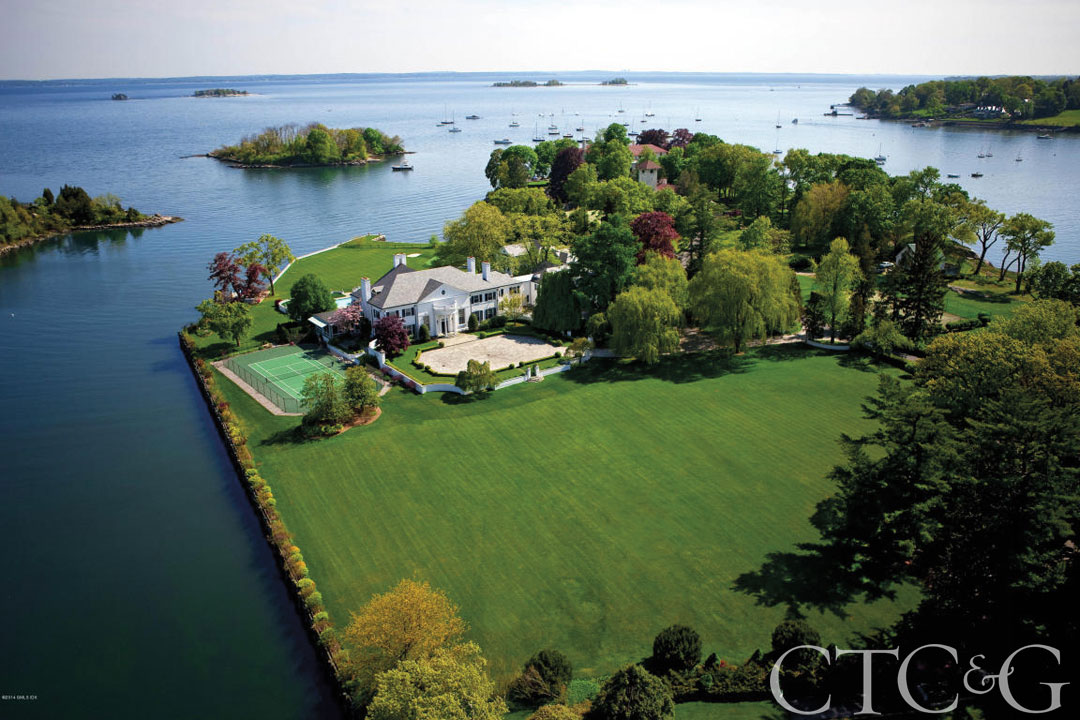 Donald Trump’s starter mansion has been reduced in price from $54 million to $45 million. Trump paid $4 million in 1982 for the Greenwich spread that he and his then-wife Ivana used as a weekend place. Ivana was awarded the property when the couple divorced, then sold it in 1998 to its current owners. On a private peninsula, the six-acre estate boasts two pools, a tennis court, a dock and a putting green, as well as a many-columned white house that looks, come to think of it, a little bit like the White House. Tamar Lurie of Coldwell Banker in Greenwich has the listing. 203-622-0245. 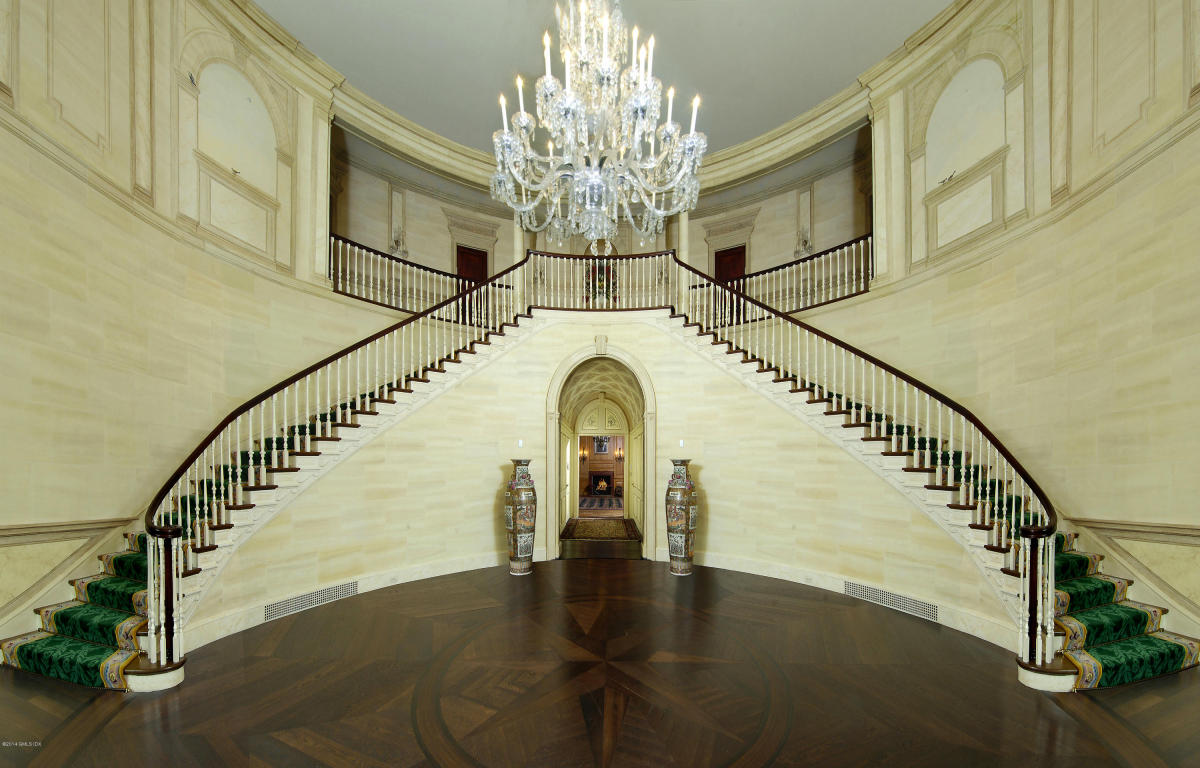 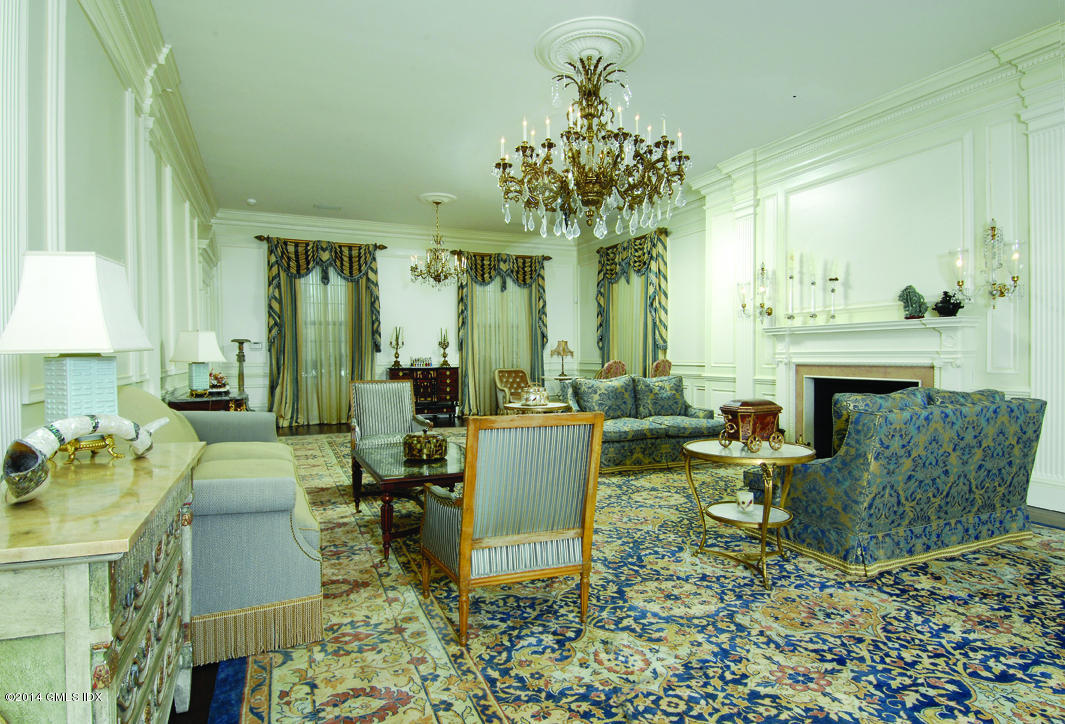 A peek at the ornate formal living room. 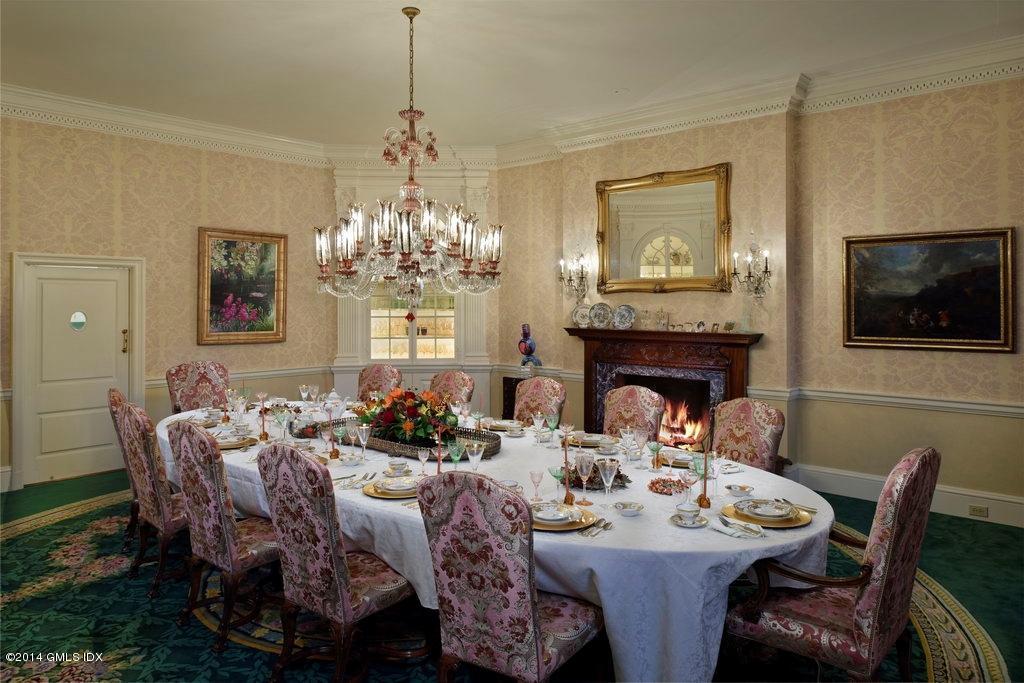 There is plenty of room for entertaining in the formal dining room. 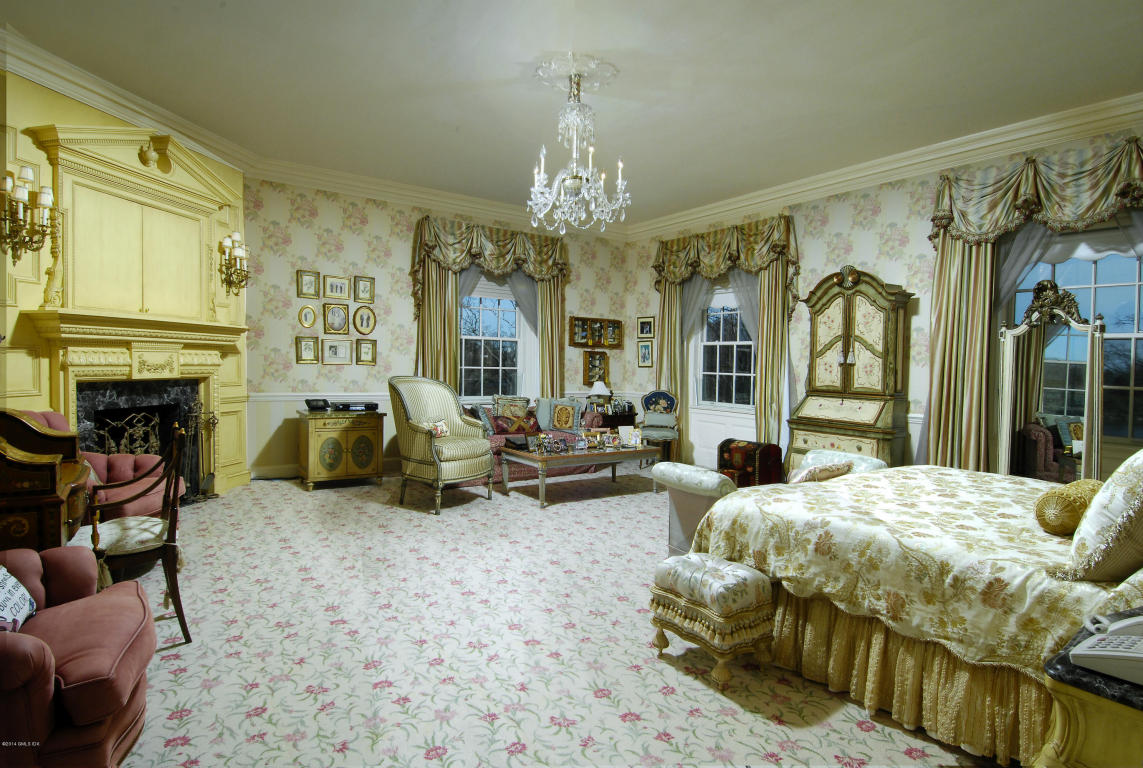 The master bedroom features a fireplace and sitting area. 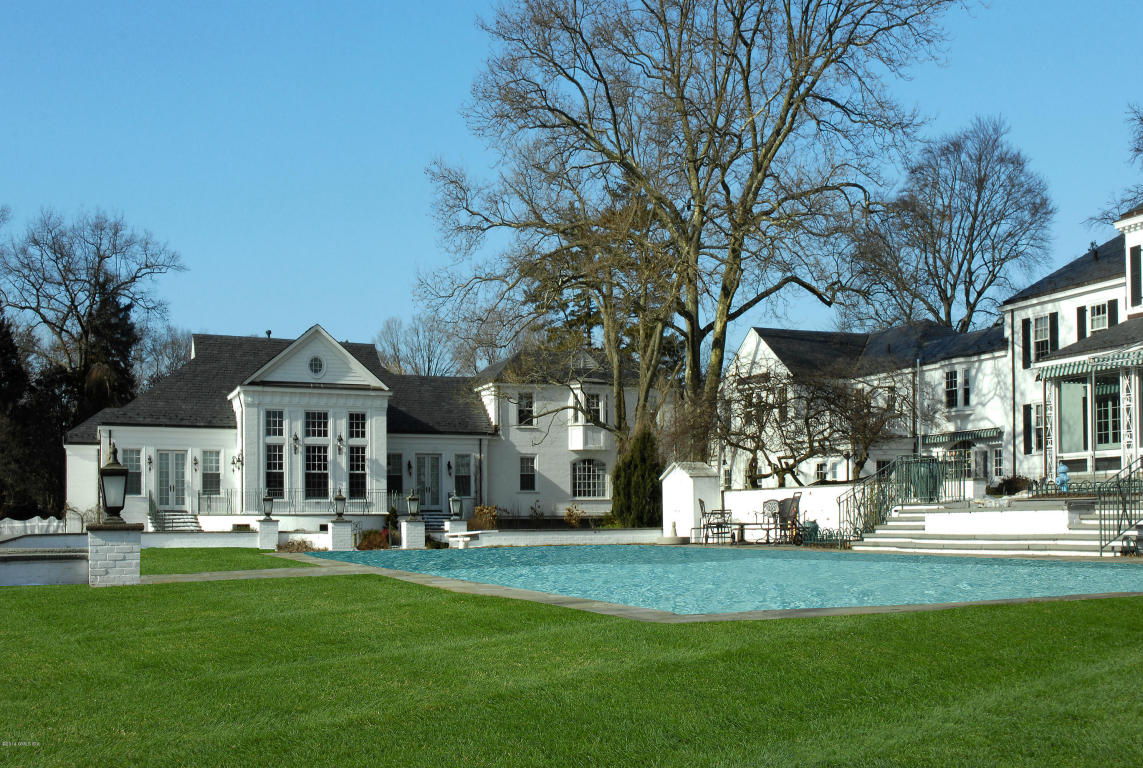 The pool is just steps away from the house.