Eleanor Roosevelt, a legend and an icon, spent the last years of her accomplished and inspiring life in a townhouse at 55 East 74th Street in New York City. The former First Lady lived there from 1959 until she passed in 1962. Many years and a substantial facelift later, the Upper East Side home is now in contract. It listed for $16 million this past March, but was last seen asking $13.49 million.

Both the woman who once inhabited this residence and the structure itself hold rich legacies. Originally designed by Buchman and Deisler in 1898 and built in 1910, it is a vision of limestone. Inside, spanning 8,500 square feet, the spaces have hosted figures including JFK, Leonard Bernstein, Hillary Clinton, and Nikita Khrushchev over the years.

Congenial enough to harbor Eleanor Roosevelt in quiet moments of writing her newspaper column, this historic townhouse is also grandiose enough for huge events. It can fit up to 500 people comfortably for parties, dinners, or functions of any kind one can dream up. How many other New York City residents can say the same? Plus, it holds six bedrooms for family or overnight visitors. 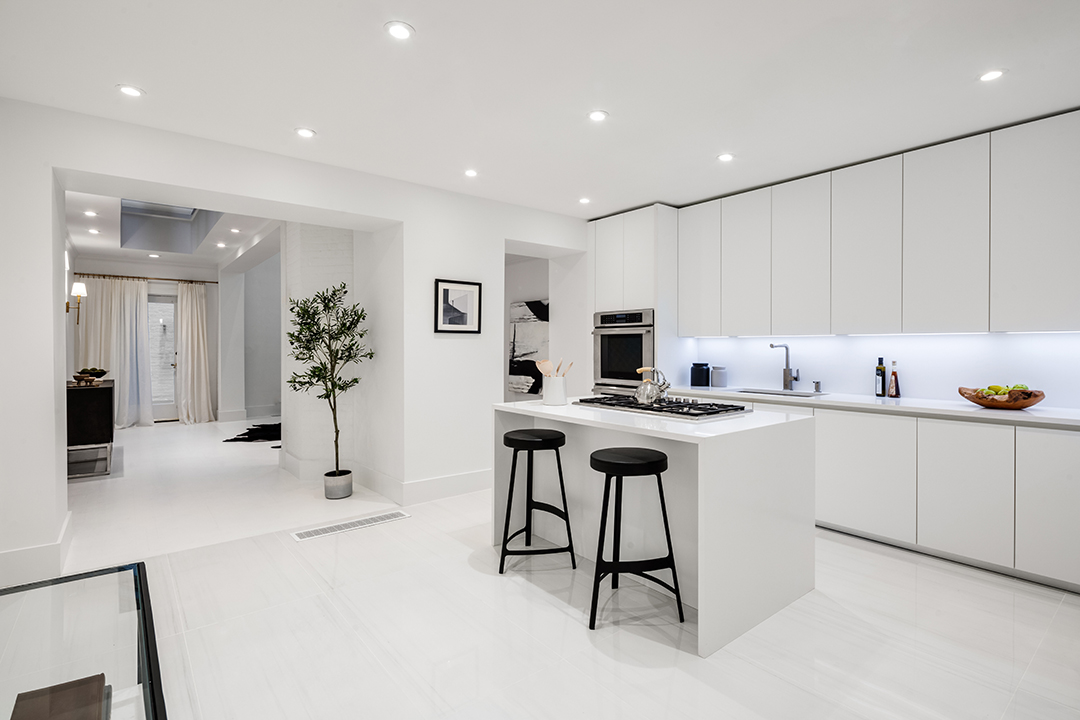 Both the history and the intricate facade remain, but if Roosevelt could walk through the doors today, she may hardly recognize it. It underwent a total remodel to appeal to the modern buyer. A tactic that clearly worked. Brighter and sleeker, it now boasts a pristine all-white kitchen from Italy, restored and updated moldings, and more.

Though renovated to fit today’s fashions, the original beauty and grace of the home remain clear. It even has a custom period staircase and antique Swarovski chandelier. Whoever is in the process of purchasing this Upper East Side townhouse is certainly one fortunate new homeowner.

Benjamin Glazer of Compass holds the revamped Manhattan listing, just down the street from where Harry Winston once lived.