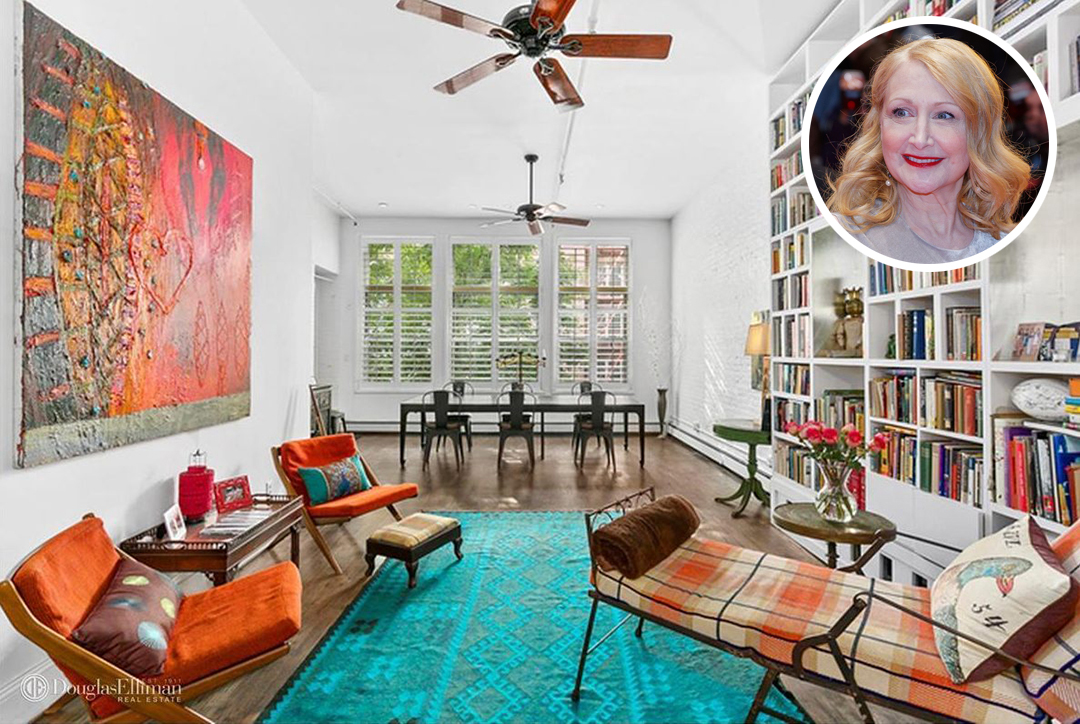 Patricia Clarkson has conquered it all. A virtuoso in the acting world, the Emmy Award-winning, Six Feet Under and Sharp Objects actress has also been nominated for an Academy award, and a Tony. The star, who has worked alongside esteemed actors such as Tom Hanks and Amy Adams, has decided to part ways with her stylish Greenwich Village loft, putting it on the market for $2.5 million.

This vibrant and unique two-bed, two-bath Greenwich Village apartment captures the eccentricity and glamour of Clarkson. Incorporating distinctive character and raw charm, the white-walled interiors highlight architectural details such as exposed brick, a cast iron column, wooden beams, and copious windows throughout the abode. Twelve foot ceilings accentuate the magnificent floor to ceiling bookshelves that line the living area, but it is the pops of color that transforms the space. Colorful and clean, the home brings a breath of fresh air with a sophisticated and playful aesthetic.

Located at 30 West 13th Street, the loft sits just moments away from Union Square and is centrally located in the heart of downtown Manhattan, providing the perfect spot to experience all the city has to offer.

Adam McLaughlin of Douglas Elliman holds this one-of-a-kind listing. The news was first reported by 6sqft. 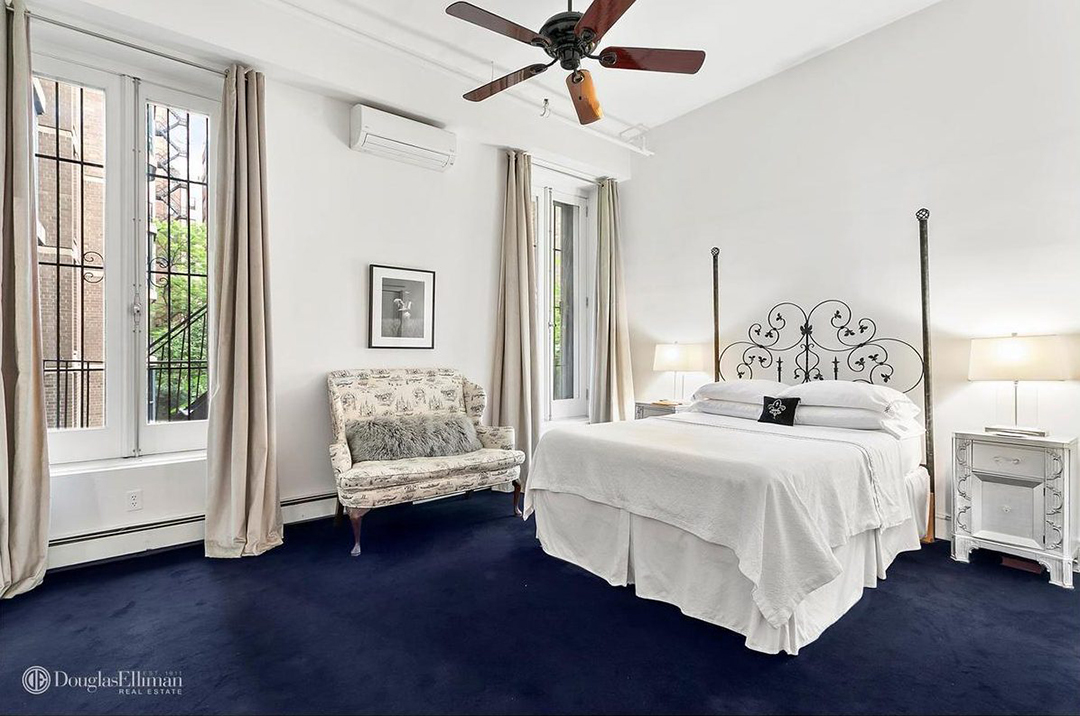