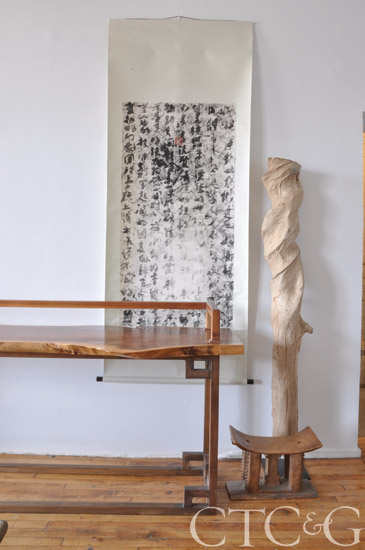 Since ancient times, students and monks throughout Asia would travel to China to rub charcoal on paper, transferring carved Chinese characters for replication, stroke for stroke, with brush and ink. Such is the traditional method of learning calligraphy, as dictated by scholars, persisting to the present day. Chinese calligraphic styles are literally carved in stone, unyielding and immovable.

Having a career in Chinese antiques and design spanning two decades, I have seen my fair share of cultural interpretations, in virtually every medium from furniture and textiles to paintings. All too often, attempts to modernize or reinterpret Chinese antiquity fall flat. Before I was introduced to the work of Fung Ming Chip by art consultant friend and colleague, Inez Suen, I prepared myself to be polite. However, within the first five images, I knew I was looking at extraordinary and exciting art. “I have to meet him,” I blurted out, and in less than a few months, Inez and I had organized our first Artist Talk event at 70John in DUMBO, Brooklyn. 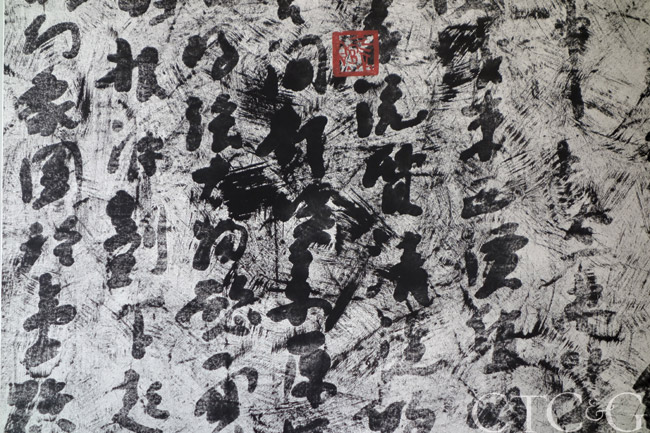 Ming, as he is known to friends, met me in DUMBO with his wife, Yim, and after squeezing in a ride on Jane’s Carousel in nearby Brooklyn Bridge Park, we discussed career, process and finding his place among the thousands of ink artists before him. Upon his return one evening from Beijing, an epiphany occurred soon after working with new brushes in his studio. “It was as though I was in a dark room, and someone had turned on the light,” said Ming. “I realized that Chinese calligraphy, being ‘about line,’ for me was incorrect—for me it was about ‘time and space.’” 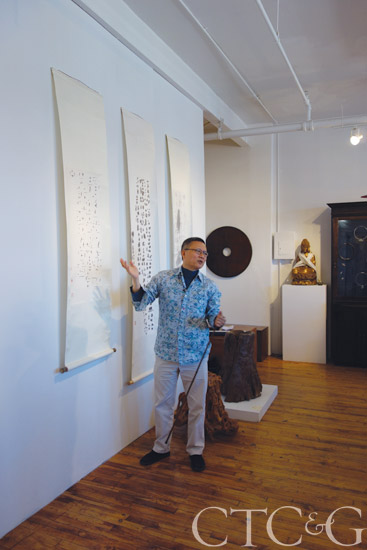 From this singular realization, his interpretation of calligraphy was seen “through a new window,” and he moved traditional calligraphy into the modern era. Since 1996, Ming has created more than 100 new script styles, each with a unique name, technique and distinct characteristics. Time and space, as Ming sees it, is realized by brush and ink creating a three-dimensional character that appears to recede or extend into space, breaking free of the confines of the paper. Ming successfully expresses this new dimension in a medium that for centuries was bound by the academic dogma of tradition and stubborn myopia of the past.

It is always a pleasure to meet artists devoted to perfecting their art, but how exceptional to have met Ming, who not only shared his profound and beautiful art pieces, but his process as well. Fung Ming Chip’s 12 paintings from the recent Artist Talk event are on display at 70 John through 2015. His work is in major collections, both private and public worldwide, including the Hong Kong Museum of Art, Princeton University Art Museum, Oxford University’s Ashmolean Museum and the Metropolitan Museum of Art, where Fung was recently featured in the exhibit “Ink Art: Past as Present in Contemporary China.”

A version of this article appeared in the September 2015 issue of Connecticut & Gardens with the headline: Studies of Time and Space.