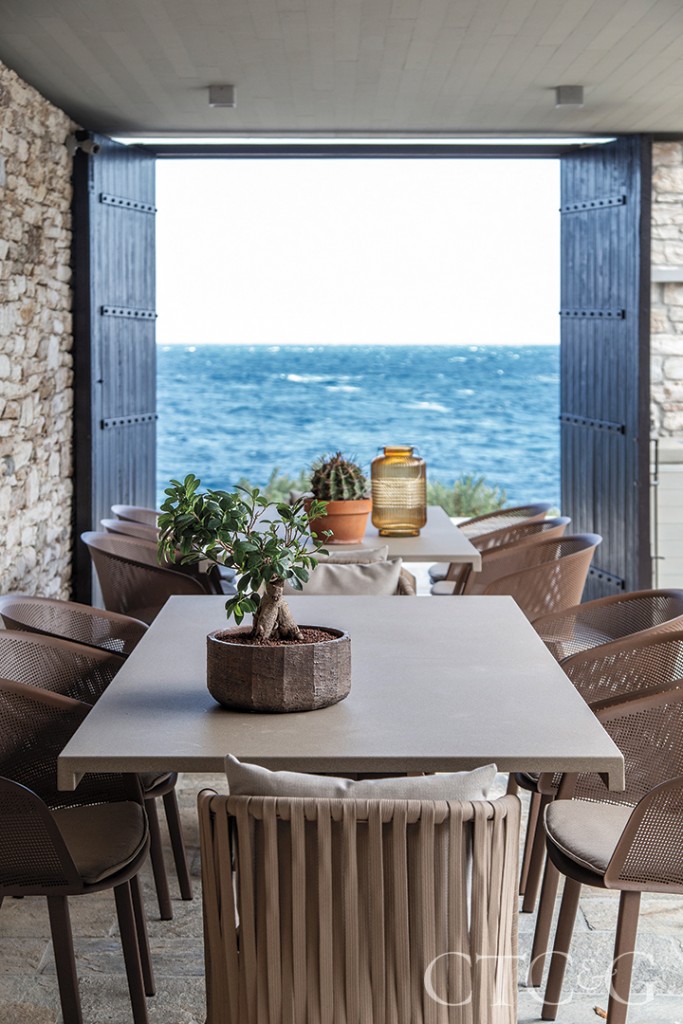 This spa-like abode lays in the Greek region Attica, where Athens is located. Attica is a peninsula that stretches from the south-west coast of mainland Greece out into the Aegean Sea. While the capital city is decidedly dense and urban, the sprawling coastlines revel in mountain vistas and expanses of impossibly green olive trees.

It was along a portion of the latter that Aris Konstantinidis designed this home in the 1960s. Konstantinidis is long heralded as the father of Greek architectural modernism. The Germany’s Bauhaus movement, which rejected embellishment of any kind, influenced the home’s design. The building’s simple stacked stone walls, and fenestration perfectly embrace the rugged seascape. It also seemingly has stood the test of time. That is, until you step inside.

Fast-forward to the current century and the series of small separate rooms. They decided the original floor plan no longer worked with the contemporary affection for big, open gathering spaces. Called upon to rework and update everything, interior designer Katerina Veremi Xynogala even reconstructed the layout.

To start, she gutted the interior and crafted a series of more commodious chambers, while never losing sight of the integrity of the original architecture. “I followed the existing aesthetic as much as possible,” says Xynogala. The size and locales of the window and door openings remained the same. She did, however, exchange the existing panes and frames for better-insulated versions. Xynogala also removed the old marble floor tiles and then “placed them again to follow, as much as possible, the aesthetic of the house.” 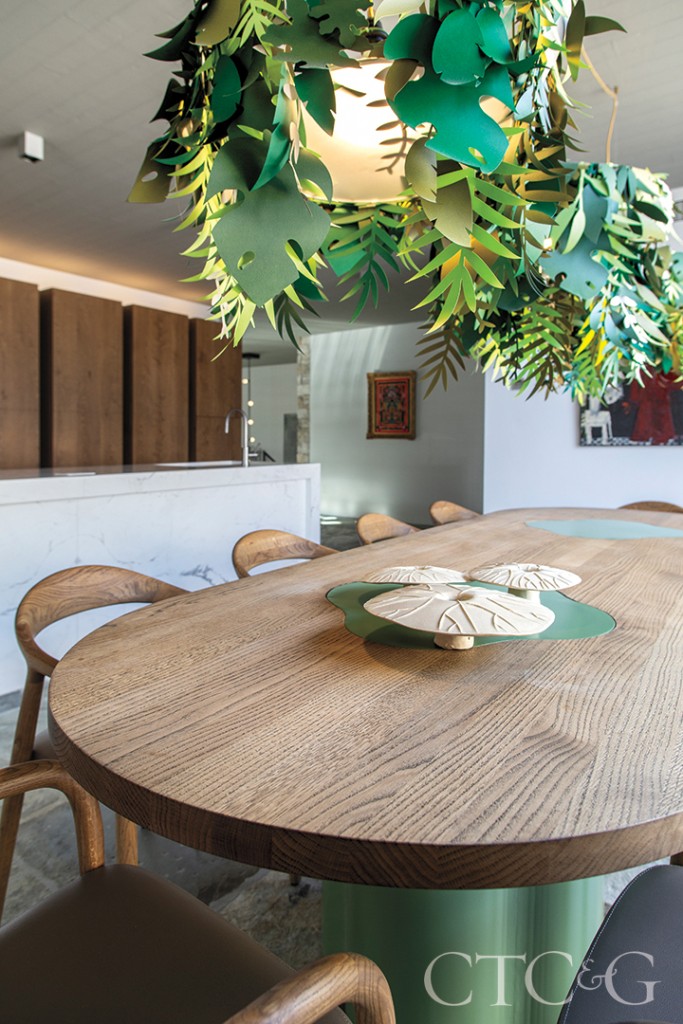 Unfussy furnishings like a Sits green living room sofa and Xynogala’s dining table adjacent to the kitchen are in keeping with the modernist architecture. The oak veneer kitchen cabinets also of her design align as well.

Noting the “basement was like a warehouse,” the designer transformed the lower level into a lounge area. The casual dining space is accompanied by a new wine cellar. A separate structure houses two guest bedrooms with a small kitchen partitioned off with space-saving sliding glass doors.

The beautiful Greek weather all but mandates equally welcoming outdoor spaces, and here the al fresco living and dining areas are no exception. Protected from prevailing winds by impervious stone partitions, Xynogala peppered the spaces with Kettal furnishings with frames and cushions in neutral tones perfectly in sync with the walls built over a half century ago.

The print version of this article appears with the headline: Aegean Dream.
Subscribe to C&G

This article appears in the February 2021 issue of CTC&G (Connecticut Cottages & Gardens).

Reflecting the artsy and luxurious nature of the neighborhood, the unit also has a unique perk that makes this a prime investment.