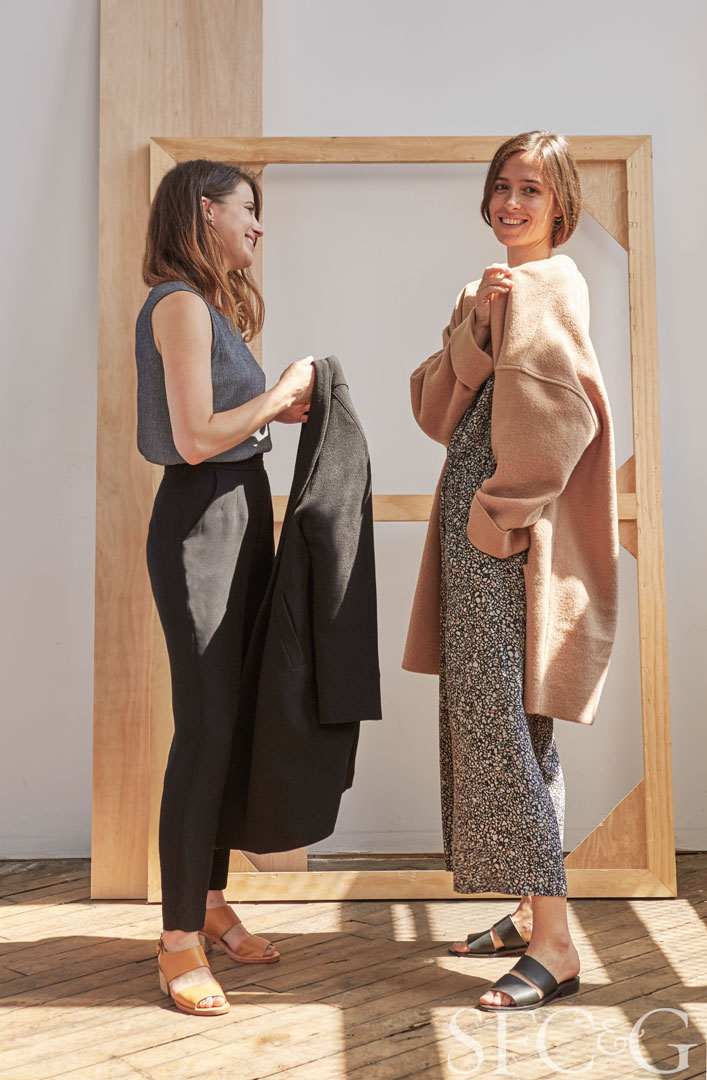 It was a chance meeting at a party in London in 2012 that brought together native Northern Californians Fanny Singer and Mariah Nielson, two friends who share a love of all things art and design. “We admired each other’s navy blue vintage coats from afar, and that sparked a conversation that ultimately led to the creation of Permanent Collection,” says Nielson of the line of timeless coats, shoes, accessories and objects that launches this month. As befitting two curators, Nielson and Singer, who now split their time between London and San Francisco, have produced an impeccably edited collection of pieces inspired by painters, sculptors and their own creative families.

Both Nielson and Singer bring visual arts heritage—including curatorial backgrounds at London’s Serpentine Gallery and Tate Modern, respectively—to the project. Nielson was raised in Inverness by her father, sculptor J.B. Blunk, and her mother, Christine Nielson, an artist, weaver and founder of Bay Area–­based textile firm Coyuchi. Singer grew up surrounded by all things sensorial as well: Her mother, world-renowned chef Alice Waters, “is obsessed with all things aesthetic,” says Singer, and her father, Stephen Singer, a restaurateur and winemaker, “nurtured a love of minimalism and conceptual art.” It is his own natty style that Singer credits for instilling in her a love of fashion. 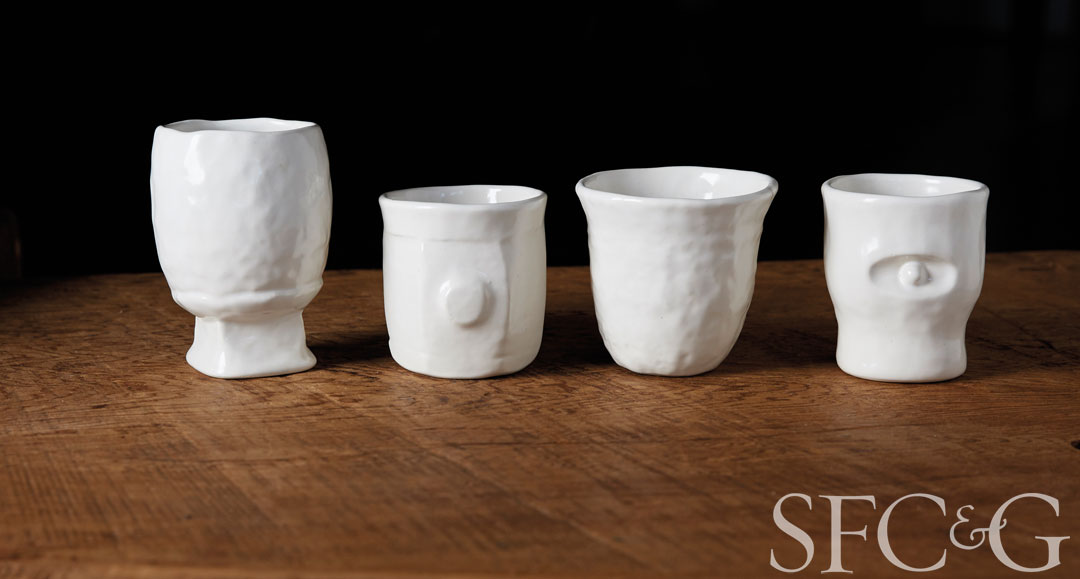 Singer and Nielson’s approach is a layered one. The pair sources historical and contemporary design products—vintage garments by anonymous and now-defunct labels from the 1960s, ’70s and ’80s —and reinterprets them via new silhouettes, details and, of course, new textiles and materials. In essence, it’s a sartorial take on appropriation: incorporating an existing image into an original work and, in the process, translating it into something entirely new. 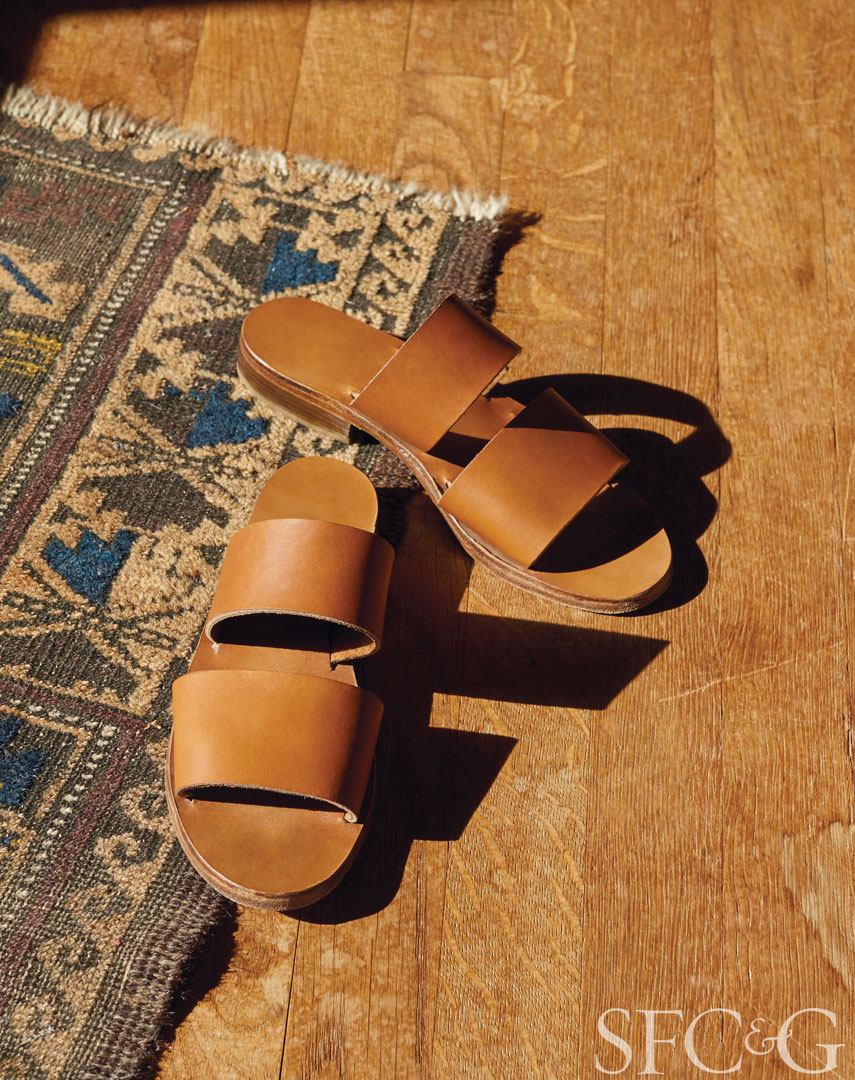 The pair’s mission has yielded a capsule collection of clean-lined essentials in sumptuous materials. Four distinctive coats form the heart of the collection, each named after an artist and inspired by their work. The Agnes is named for minimalist painter Agnes Martin; its silhouette, Nielson notes, like Martin’s work, “is pared down and minimal, yet elegant and impactful.” The boiled-wool Barbara coat, named for sculptor Barbara Hepworth, has “a voluminous and refined quality that is evocative of Hepworth’s sculptures,” says Nielson. The slate grey, linen Sturtevant jacket is a versatile blazer with a decidedly Japanese silhouette that was inspired by conceptual artist Elaine Sturtevant, and the Dutch boiled wool Yvonne coat, in hues of navy and loden, by art writer Yvonne Baby. A graphic black and white scarf, the Asawa—named for iconic Bay Area sculptor Ruth Asawa—is woven in Japan and pairs beautifully with all four coats. 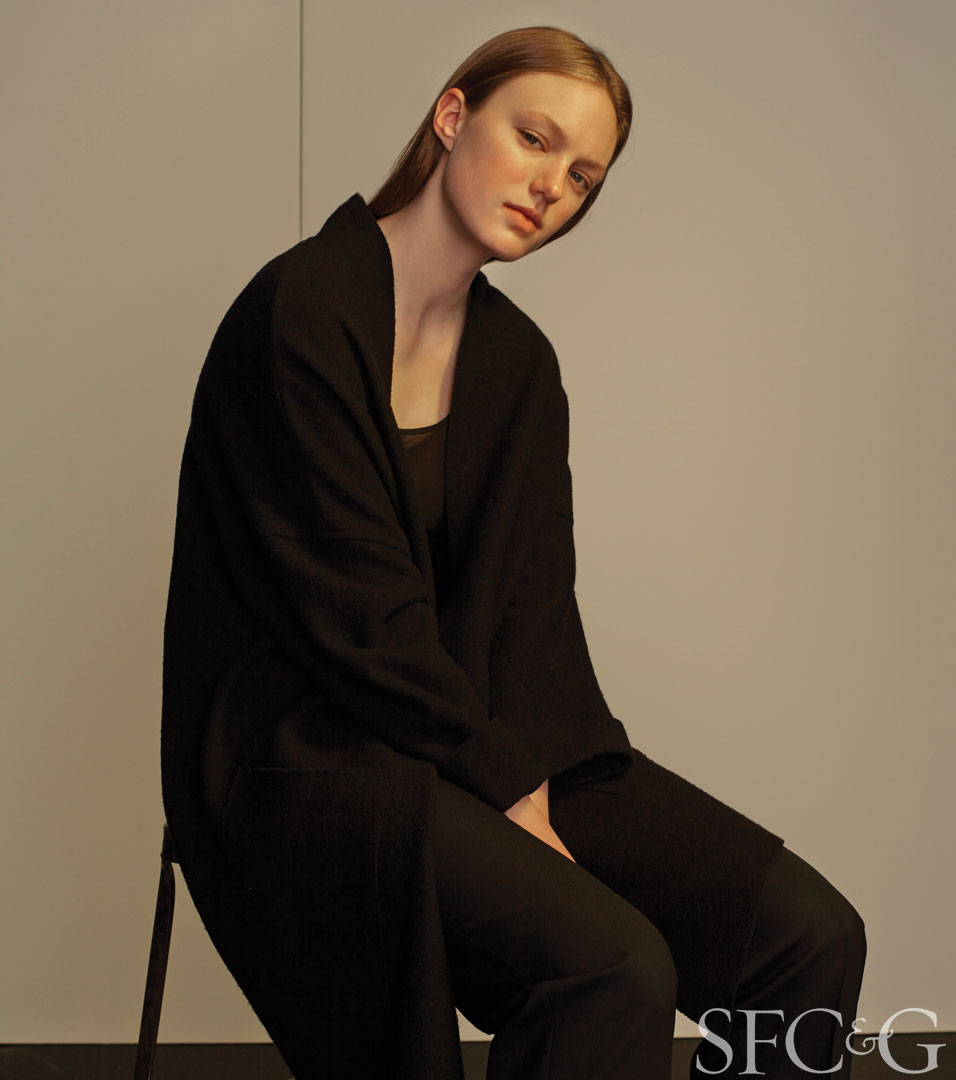 Permanent Collection’s artful, understated sensibility extends to accessories and objects for the home as well. The handmade leather Attal slip-ons, “based on sandals from a secondhand shop in Oregon,” says Singer, are comprised of two unadorned bands of leather and zero hardware. And rounding out the collection is an exquisite series of four white slip-cast cups based on the original designs of Nielsen’s father—now made by Atelier Dion in Oakland—that pay homage to “the timeless quality of his designs, ones that are ancient and completely modern at the same time,” says Nielson.

As the name suggests, Permanent Collection is all about pieces that will stand the test of time. “We want people to invest in clothing and objects that endure,” says Nielson of the line. “We are fashion outsiders with academic backgrounds and this allows us to approach the business in a highly unorthodox way.”

A version of this article appeared in the October 2016 issue of SFC&G (San Francisco Cottages & Gardens) with the headline: A Well-Curated Wardrobe.