We all love the elaborate window displays that decorate storefronts this time of the year, but the one's you'll see at Farrow & Ball stores nationwide have an extra-special meaning. The brand has partnered with DIFFA (Design Industries Foundation Fighting AIDS) for the first ever Windows By Design: Farrow & Ball for DIFFA, in which local designers have outfitted each of Farrow & Ball's showroom windows with a vignette showcasing their latest wallpapers and paints while simultaneously raising awareness about the fight against HIV and AIDS. Farrow & Ball will also be donating $1 to DIFFA for every social media post tagged #FaBforDIFFA. 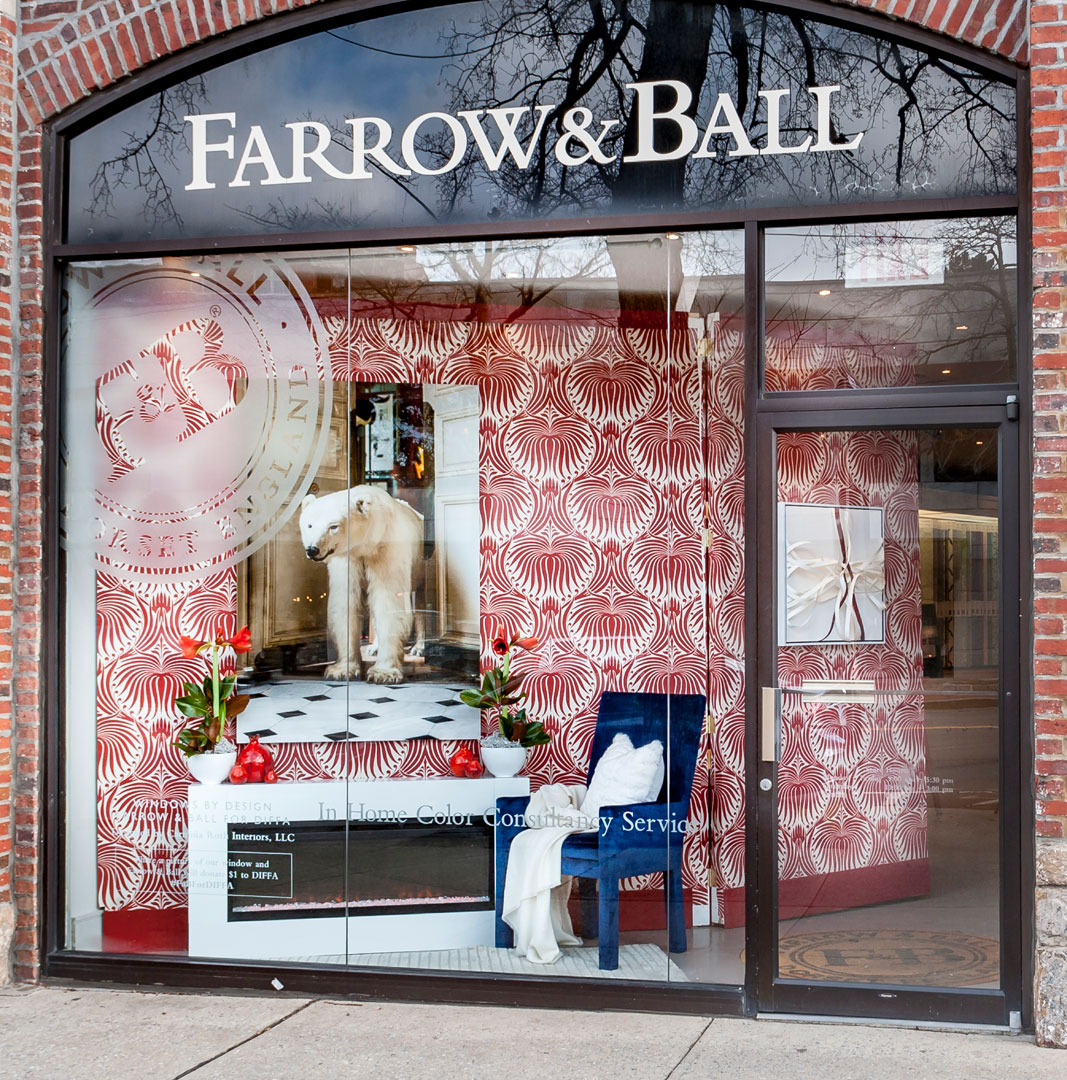 “The centerpiece of my vignette is the hearth, the proverbial heart of the home, whose flames also symbolize passion. Above it hangs a photograph by William Rolf of a polar bear, an animal known for its strength and ferocity and endurance. I chose this image, with the long, powerful legs of the polar bear stretching forward, because it feels like a symbol of reaching for a cure for the disease.” 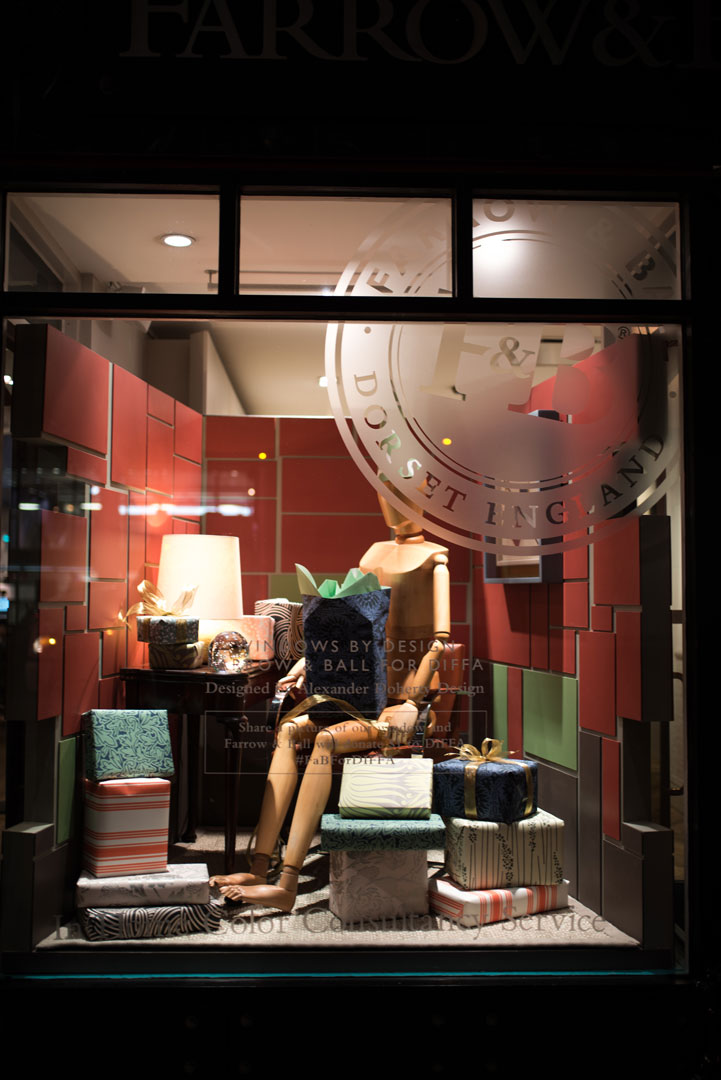 “Twas the night before Christmas and the artist’s studio is awash in a blaze of color.  Ranging from the traditional reds and greens of the season as captured on the wall blocks to the array of presents feverishly being wrapped, the room exudes the spirit of the season and the role color plays in our life. The painting on the wall, a Russian constructionist piece, repeats the theme with its many blocks of color. The lamp is by Andrea Koeppel and the desk chair is a mid century piece by Milo Baughman. The wooden mannequin, with its Christmas tree hat, is a life sized artist’s “model”.” 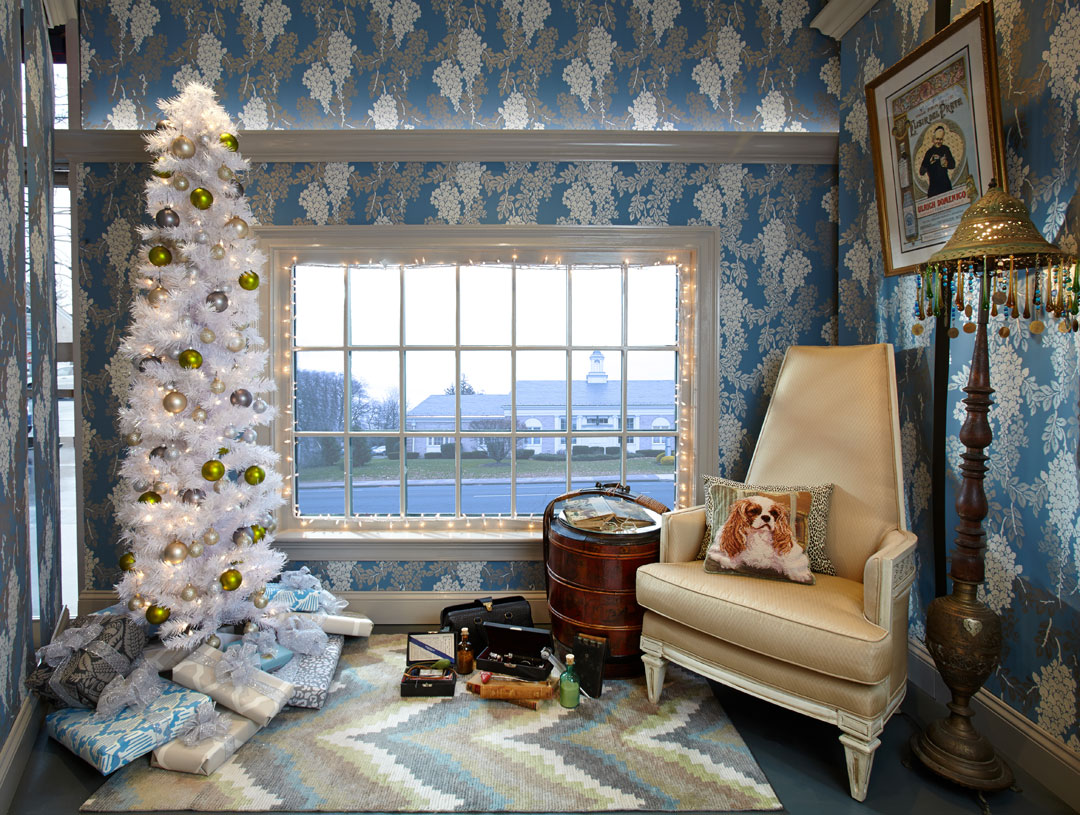 “When I was given the opportunity to create a window vignette for Farrow & Ball for DIFFA I thought about all the wonderful people in the world working so hard to find a cure for those suffering with AIDS. My goal was to create a display that would honor the medical professionals offering both comfort and cure to those in need while highlighting the beautiful products produced by Farrow & Ball. I was able to find an antique doctors bag that was filled with all sorts of vintage medical tools and apparatus from 1948. My space is presented as the personal office of a doctor who travels the world helping those with AIDS. She is home for the holidays but still focused on her critical research.” 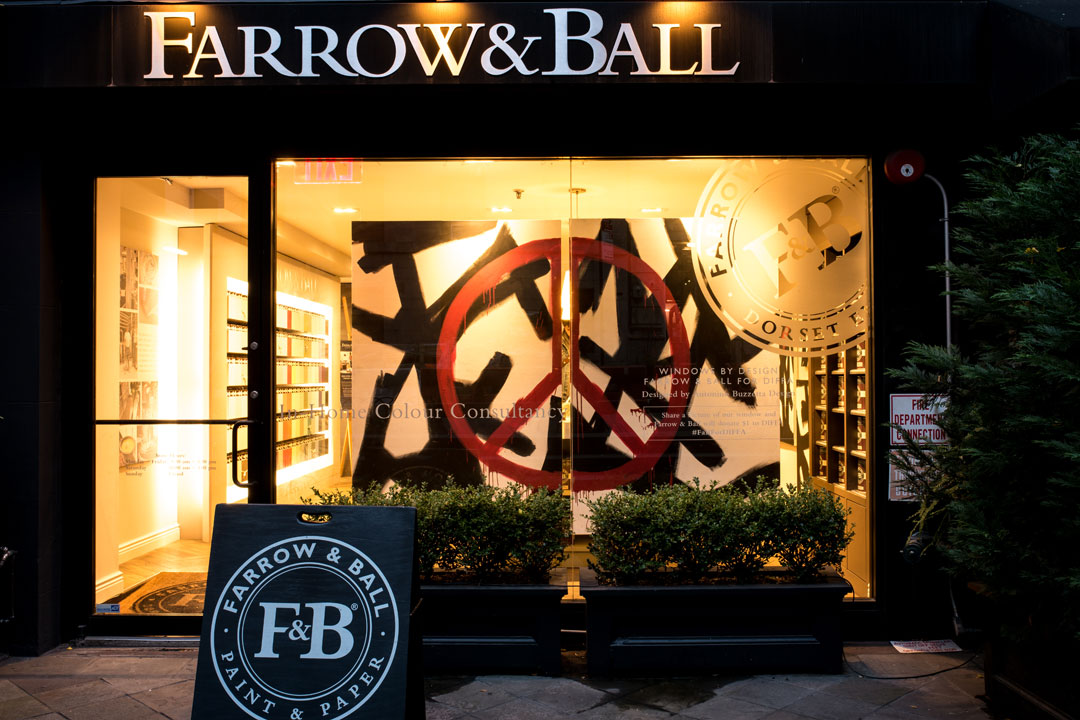 “I wanted to create something that l believe mimics how a lot of people are feeling at the moment; messy, erratic, and frantic. We can all use, especially now, some peace, love, and kindness.” 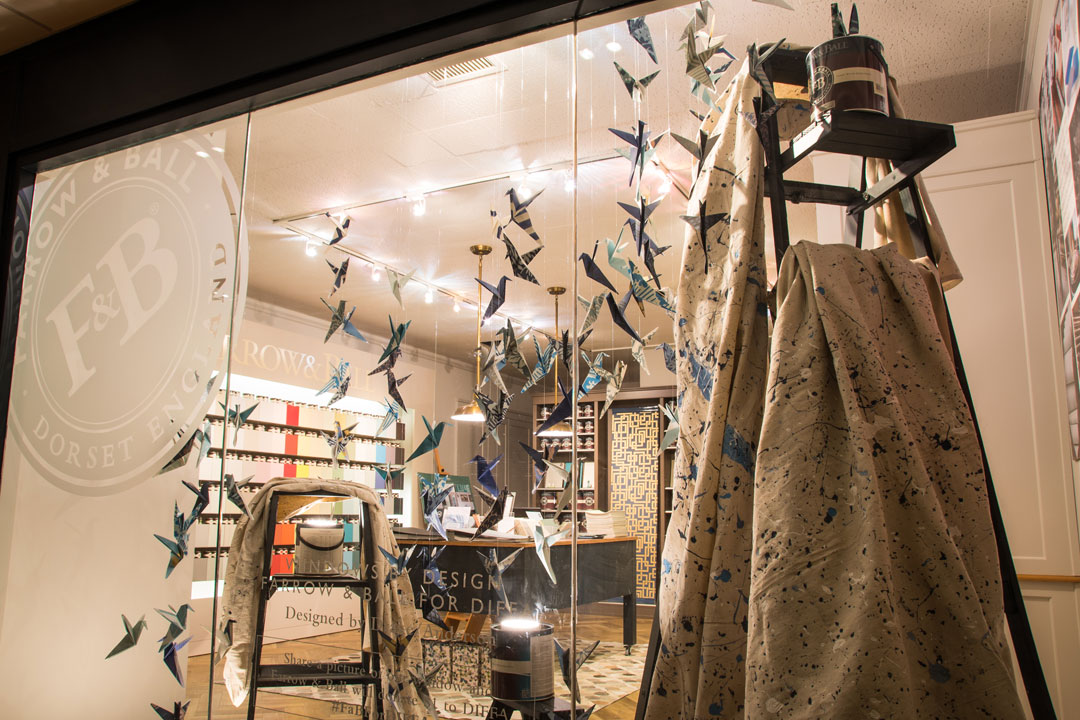 “Our window limns a setting for the process of creative expression and celebrates the extraordinary work of DIFFA. Artistic expression, for the artist and viewer the same, is therapeutic and comforting. The drop cloths, splattered with various Farrow & Ball hues of blue, symbolize this creative expression and the comfort it provides. We chose various tints and shades of blue paint and blue wallpapers from Farrow & Ball as these colors create a sense of calm. A symbol of courage and determination, hummingbirds are formed from Farrow & Ball wallpapers and dynamically fly out of paint cans. This symbolizes DIFFA and their tireless effort and extraordinary progress in battling misinformation and prejudice against HIV and AIDS.” 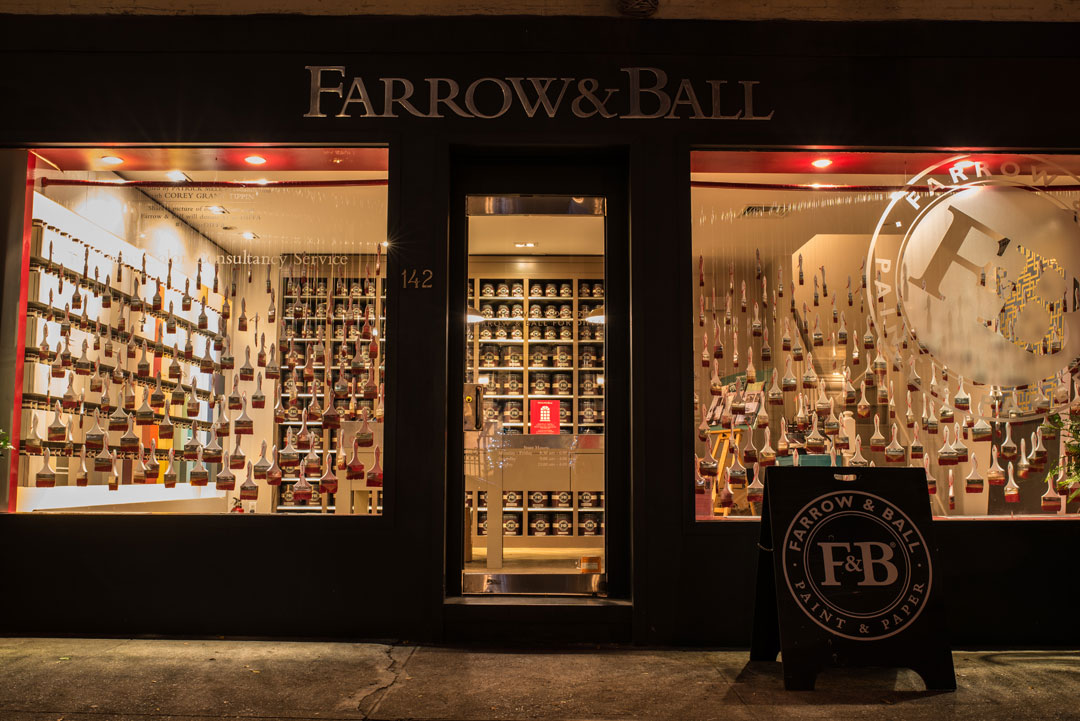 “My window installation on the Upper East Side of Manhattan is comprised of hundreds of various sized paint brushes that have been dipped in Farrow & Ball’s Rectory Red, each were hung in rhythmic order, creating a transparent curtain wall from the street through to the shop interior. These brushes are meant to simultaneously symbolize the countless fallen artists, designers and creators we’ve already lost to HIV/AIDS, as well as the hope of a story that is not yet over – that creation and life continue.”