In her Bellport atelier, Bellu dresses for success. 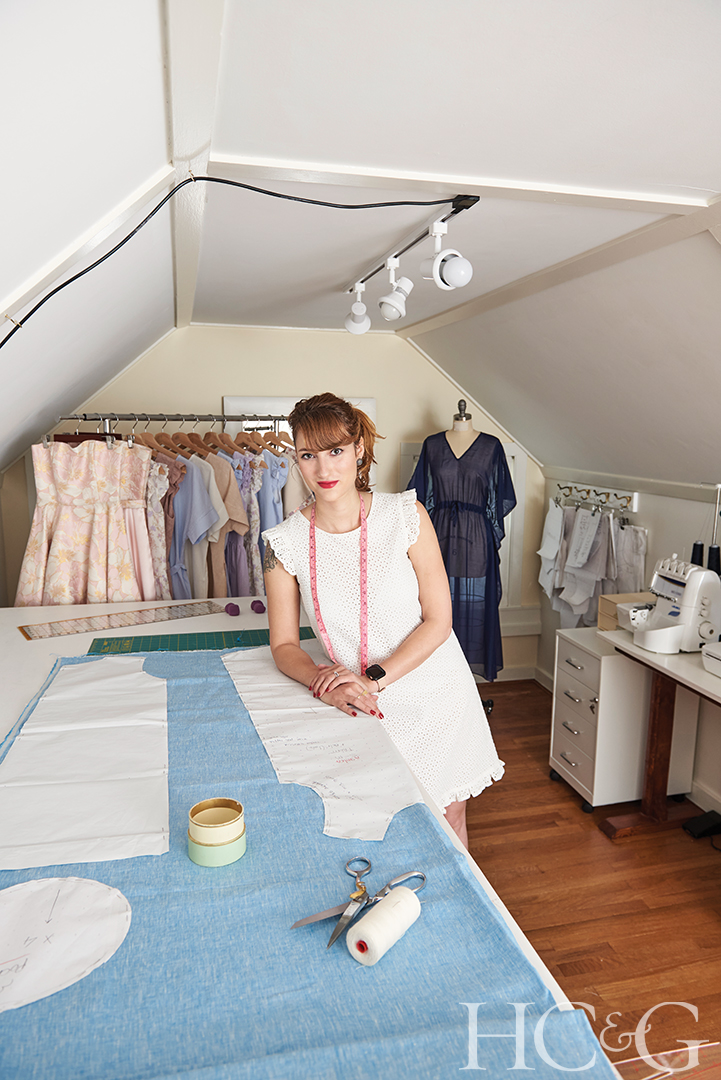 Understanding the difference between a simple alteration and full-on tailoring is key to bespoke dressmaking, according to Bellport-based fashion designer Elisabetta Bellu, a native Sardinian whose formidable skills are something of a family affair.

“I learned the trade as a young girl,” recounts Bellu, who honed her craft under the tutelage of her grandmother, a seamstress and patternmaker, and her great-aunt, who ran a sewing-supply store. “My great-aunt would bring me zippers and threads, and I began experimenting with scarves, learning by making mistakes. I bought my first sewing machine at 14 and later worked on a serger, a gift from my mom. Eventually, my grandmother would come to me for sewing advice.”

Upon earning an alta formazione (master’s degree) in fashion design from the Accademia Costume e Moda in Rome, Bellu began interning for several designers, including Milan-based Antonio Marras, a fellow Sardinian native. “My design inspiration started there,” she says, “fine-tuning my technical skills as seamstress, tailor, patternmaker, and designer.”

In 2016, Bellu moved to the United States to pursue her career as a fashion designer, where she now runs her own business out of a second-floor studio in her Bellport home. Initially commissioned to make beach cover-ups for a local boutique, she later expanded her inventory to include short dresses in cotton and linen. Her latest collection evokes a breezy ready-to-wear sensibility inflected with European elegance and femininity. Dresses even have floral names, like Camelia and Azalea, and bestsellers also include silk caftans and kimonos.

When making a garment with a fine material such as imported European linen, Bellu steams it first, to avoid any shrinkage after the fabric is cut. “When you place the pattern,” she adds, “you have to be sure that you are following the grain of the fabric. Otherwise, the garment will be defective, with creases and waves.” Using weights to keep the pattern in place, Bellu measures the fabric with a straight-edge ruler parallel to the selvage (the prefinished edge of the linen) before cutting.

Particularly with custom tailoring, Bellu favors “cuts that are more feminine, even embellished with embroidery. Fashion designers can have big ideas, but knowing the technical part helps you solve construction issues, so I can address a client’s needs from every angle. It’s exciting selling my pieces in local stores, but when I have a private customer, I see it as a mission to help give them what they really want.”

The print version of this article appears with the headline: Sitting Pretty.
Subscribe to C&G