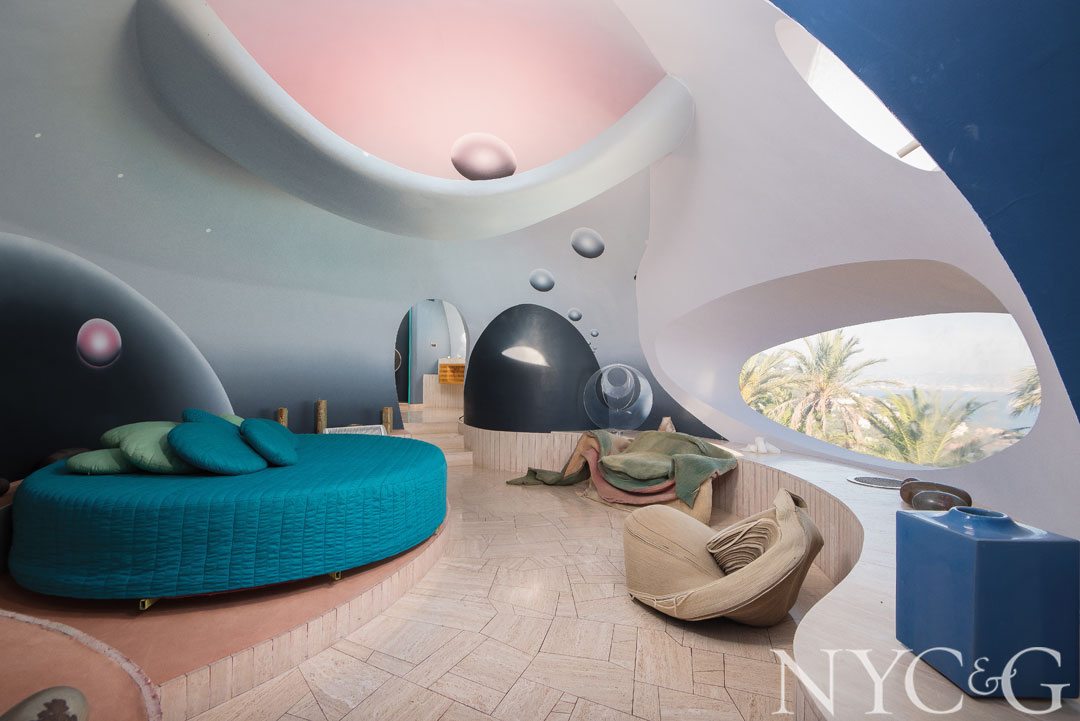 During his storied career in fashion, the Italian-born French designer Pierre Cardin also had a big impact on the world of decorating, putting his creative stamp on everything from furniture to cookware to muscle-car interiors. Now Cardin is making real estate news, listing his iconic Bubble Palace (or Palais Bulles) on the French Riviera, near Cannes, for a staggering €350 million ($383.9 million). The 13,000-square-foot residence overlooking the Mediterranean was built in 1989 by Hungarian architect Antti Lovag and comprises a series of playful sphere-shaped rooms—an appropriate look, given that the designer kick-started his career with his 1954 “bubble dress.” The property also features a 500-seat amphitheater, which Cardin added upon purchasing it in 1992. “The Bubble Palace is a piece of art that has been a source of creativity and energy for Pierre Cardin,” says listing agent Angie Delattre of Michaël Zingraf Real Estate, an affiliate of Christie’s International Real Estate. Simultaneously, Cardin has also listed his other home nearby, Le Manoir, with Delattre for €90 million ($98.7 million). It looks like the Riviera is just a madeleine for the 94-year-old Cardin, who currently lives in Paris’s Eighth Arrondissement. 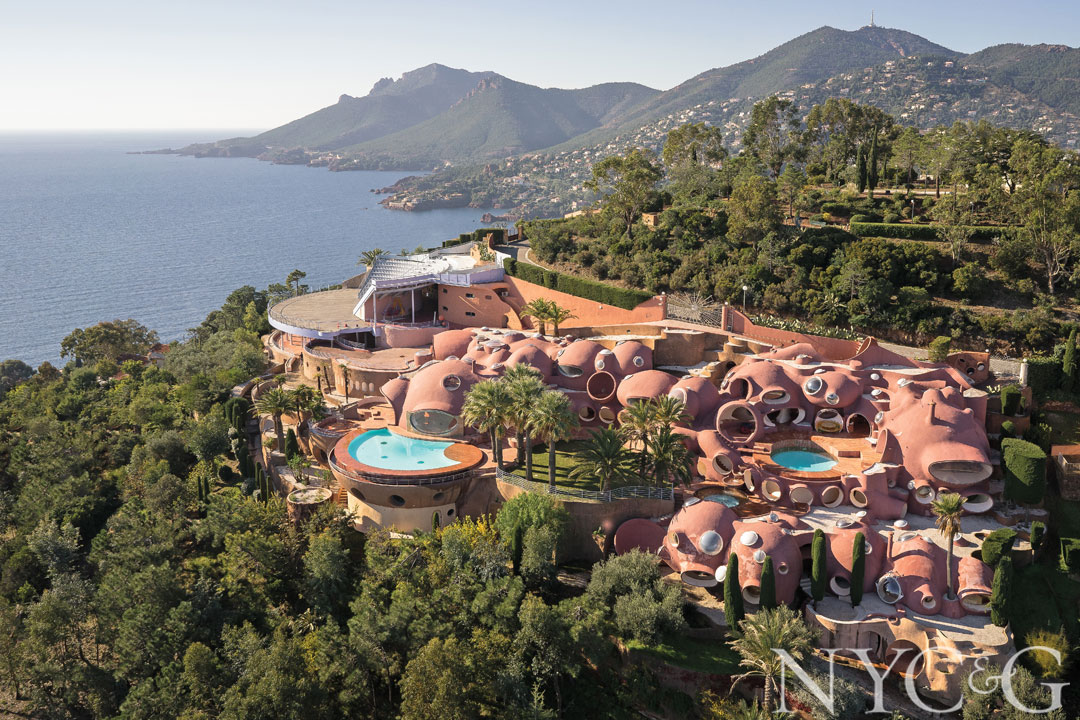