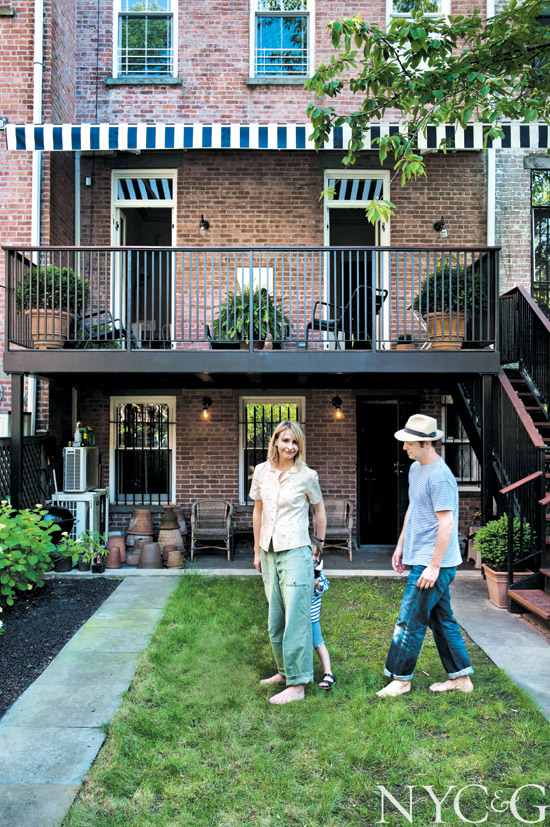 It’s a long way from Down Under to downtown New York—literally and figuratively—but for New Zealand–born fashion designer Rebecca Taylor, the trip has really paid off. After studying her craft at a polytechnic university in the Kiwi capital of Wellington, she decamped for Manhattan in 1992 and never looked back.

When she first arrived in the city, she worked as a waitress (“A busboy, actually!” she jokes) and at one point lived in a hostel. Today, she owns three shops in Manhattan, including her Meatpacking District flagship, as well as several boutiques across the country. Home, though, is not the expected hipper-than-thou, tricked-out Gotham pad, but rather an 1890s brownstone on a quiet Park Slope street. 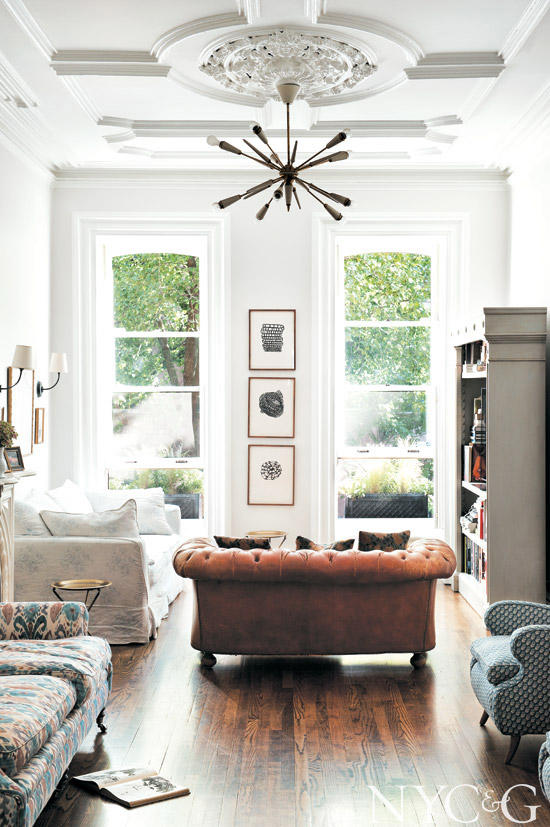 Brooklyn always seemed like destiny, ever since Taylor first stepped foot in America. The 1987 film Moonstruck, starring Cher and Nicolas Cage and largely set in Carroll Gardens and Brooklyn Heights, “is my favorite movie ever,” Taylor recounts. “Once I saw the brownstone where Cher’s character lives, I thought, That’s the way my life will go.”

But first, there was a succession of several rental apartments, including a garden-level spread in Prospect Heights that she recalls fondly. “I was like, I think I can do this,” she says. “I’d go to Little India to pick up a bunch of saris, then cut them up and piece them all together to decorate my little garden apartment on St. Johns Place.”

By 2006, she and her husband, illustrator Wayne Pate, a Texas native, were looking to take a more permanent leap by purchasing an entire Brooklyn brownstone, but the market wasn’t being very cooperative. “We were upset we didn’t get in earlier—prices had already gone up so much,” Taylor says.

About a year or so later, they found their prize in Park Slope. “It was owned by a really lovely couple. I thought, This could be Wayne and me in 30 years. It felt light and airy, and was in really great shape because the husband had been an engineer.” An easy rapport between buyer and seller sealed the deal. 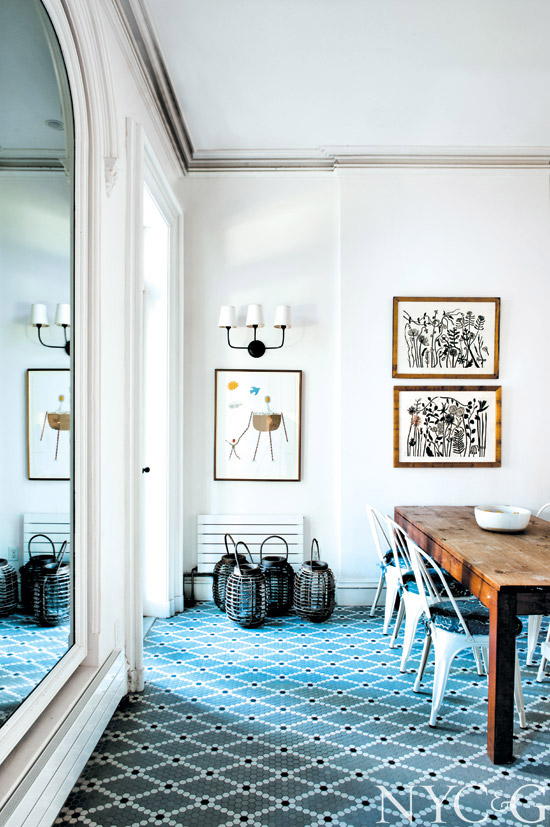 Because of the house’s prime condition, the renovation agenda was straightforward and streamlined. The first thing Taylor and Pate did was strip layers of varnish off the woodwork and paint everything white, adding traditional details along the way in order to “bring out the house’s bone structure. We wanted to be true to its history.” Now the stately brownstone, also home to Taylor and Pate’s three children (twin girls and a boy) and a Havanese puppy named Chewie (“As in Chewbacca—we’re all big Star Wars fans,” Taylor says), is spare and fresh-feeling, with an easiness and simplicity that’s modern without being modernist. “It’s a house for living, not a formal showcase. With three little monkeys crawling all over things, it can’t be formal. It’s comfortable.”

And personal, as all the furnishings and artwork have been curated with care, such as the print of a Maori man and woman that reminds Taylor of her native country; a map of Paris, where she and Pate would like to retire someday; a collage by Pate depicting him with their son, Charlie; and a host of prints by artist Hugo Guinness. 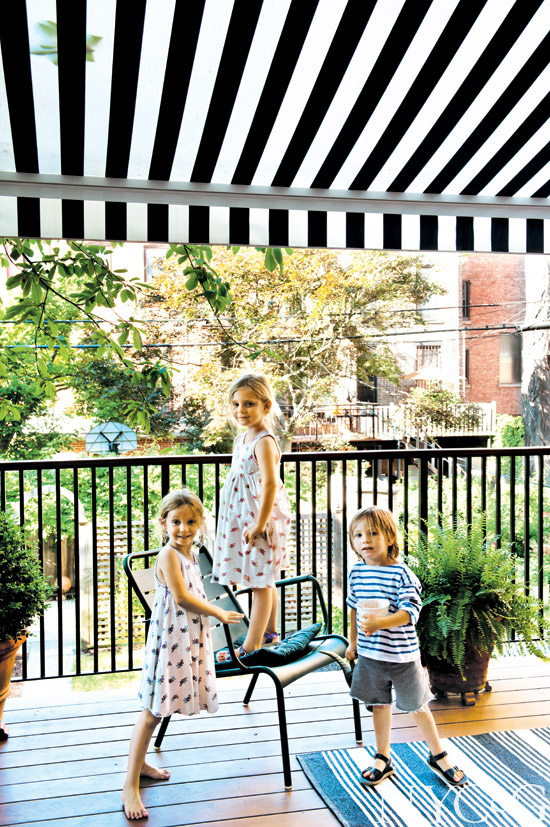 “My husband and I are really busy, so we don’t have as much stuff as we’d like,” Taylor says candidly. “He does a lot of the decorating and has a real flair for it. I look up things on Remodelista, and he puts things together.” Although Taylor keeps an office on the ground floor, she adds, “I don’t use it as often as I’d like to.” Most days, her job takes her to the hectic Garment District, but returning home in the evening and strolling around the friendly streets of Park Slope, with its huge trees and rows of gardens, makes it all worthwhile.

Recently, the couple replaced the grass behind the house with a bluestone patio, where the children play soccer and ride their bikes. True to Park Slope’s prevailing ethos, Taylor says, “Our entertaining involves a lot of families coming over for pizza.” But she gets the back garden all to herself in the mornings, when she contemplates the day with a cup of coffee while relaxing on a sofa underneath a wisteria-covered arch. “It’s a lovely area to have a peaceful five minutes before facing the commute.”

Sanitary Surfaces for Your Kitchen and Baths

Step Inside an Enchanting Home Up for Sale in Portugal

Of course, the 'Rocky' creator and star's California abode is a knockout.

Clean, modern, and soaked in color and charm, this dreamy abode gives a peek at the acclaimed designer's personal style.