It’s spring—why not elevate your mood at these way-up-high boîtes? 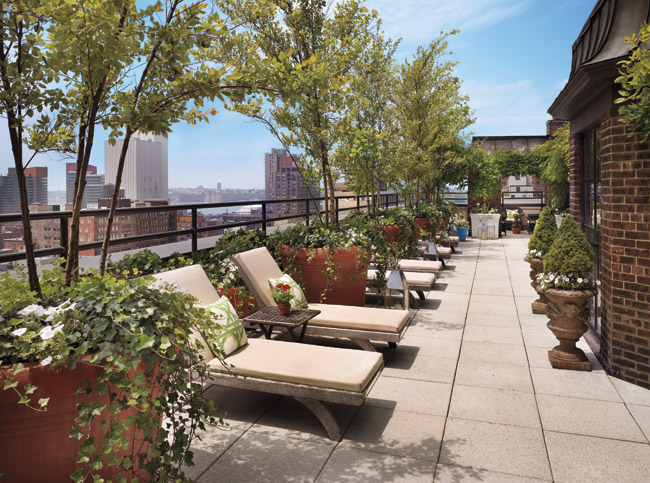 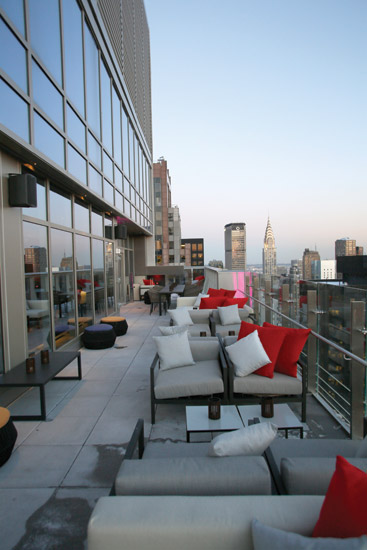 Scene: The 54th floor of the Hyatt Times Square hotel, with 360-degree city views through floor-to-ceiling windows. Overseen by one of New York’s most noted mixologists, Julie Reiner.

Sip: For groups of four or more, try one of Bar 54’s signature Punch Bowls, such as the springy Green Submarine, made with Pimm’s, gin, chartreuse, ginger syrup, and soda and served in old-time teacups.

Secret: Of 112 seats, 40 are located outside. Try to snag the ones near the outdoor fireplaces on either end of the terrace. 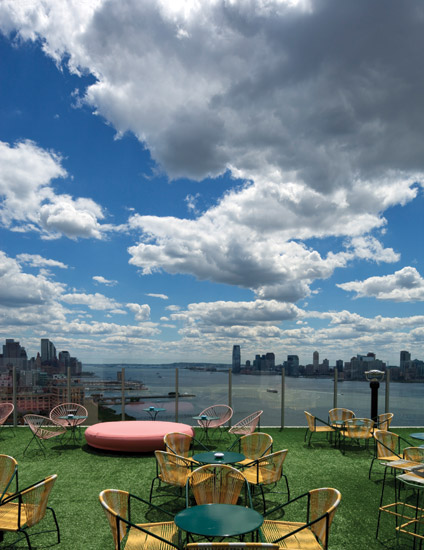 Scene: The Standard Hotel’s bi-level rooftop bar is a self-billed “penthouse discothèque with world-famous DJs.” The alfresco wrap terrace, covered in artificial grass and decorated with whimsical chairs and circular pink daybeds, is not to be undone by the sexy indoor room, with its Jacuzzi and floor-to-ceiling windows.

Secret: Arrive late afternoon to stake your claim and drink your way to the sunset over the Hudson. The door policy is notoriously tough, so dress for success.

THE MET
Metropolitan Museum of Art Roof Garden Café and Martini Bar, 1000 Fifth Ave., 212-535-7710
Scene: Staggering views of Central Park give the Met’s art holdings a run for the money among the martini-sipping, sunset-savoring crowd.
Sip: A Gola Ganda (Pakistani shaved ice with pomegranate syrup over vodka), in addition to the trademark gin and vodka martinis.
Secret: Limited hours (call or check the website first) mean that romantic evenings can be fleeting—so step to it.

A version of this article appeared in the May/June 2014 issue of New York Cottages & Gardens with the headline: Views from the Top.