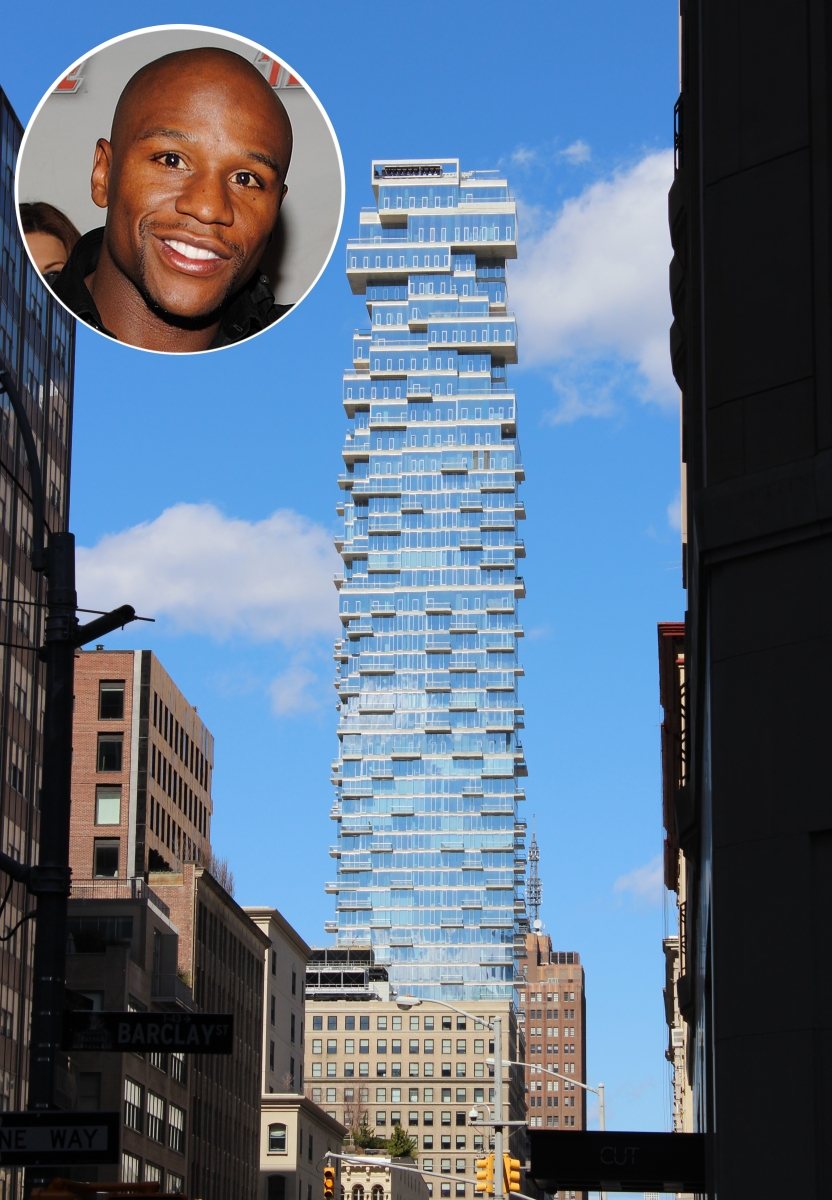 Coming off a big victory against Conor McGregor in late August, champion boxer Floyd Mayweather has been spied checking out a $29 million penthouse.

This artful building may be a perfect match for the professional boxer because it’s accustomed to dominating as well. Recently, a top unit in the 60-story structure shattered records after closing for a steep $48 million.

Mayweather, whose net worth is inching towards the billions, may be looking to splurge on a premium Manhattan property. He certainly has the funds to do so over and over again.

The boxer made $250 million from a fight in 2015, according to Forbes, and his recent match against McGregor most likely earned him that amount or more. Those kind of winnings make $29 million sound like chump change for the accomplished fighter.