For $17.5M You Could Own a Private Island in Darien 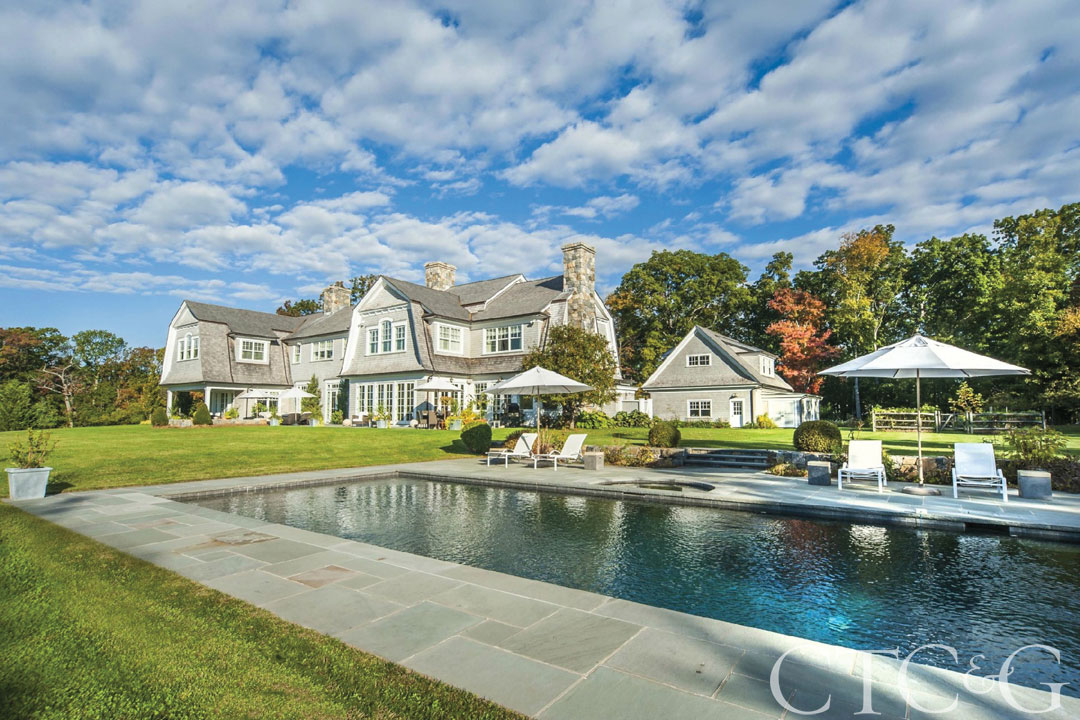 The first shingle-sided manses started dominating the New England coastline in the late 1800s, with the grandest examples built by the New York firm of McKim, Mead & White. But it wasn’t until 1949 that Yale School of Architecture professor Vincent Scully gave the “shingle style” its name—with the beaches north of New Haven serving as our state’s hotbed of so-called seaside “cottages.” Indeed, 17 of them were built in Fenwick, the exclusive Old Saybrook enclave Katharine Hepburn called her summer home. The Hepburn family manse was rebuilt after Kate passed away, then was put on the market for nearly $12 million (now no longer listed). Even more impressive than Kate’s place is a Darien property that’s the sole home on a seven-acre island. One of the largest (and most expensive) for-sale spreads in town, the $17.5 million listing takes in 360-degree water views over Long Island Sound to the south and the Goodwives River to the north. Built in 2009, the 8,332-square-foot home also offers an expansive terrace, a saltwater pool and a private dock, along with five ensuite bedrooms and two stone hearths. Kim Huffard of William Pitt Sotheby’s International Realty has the listing. 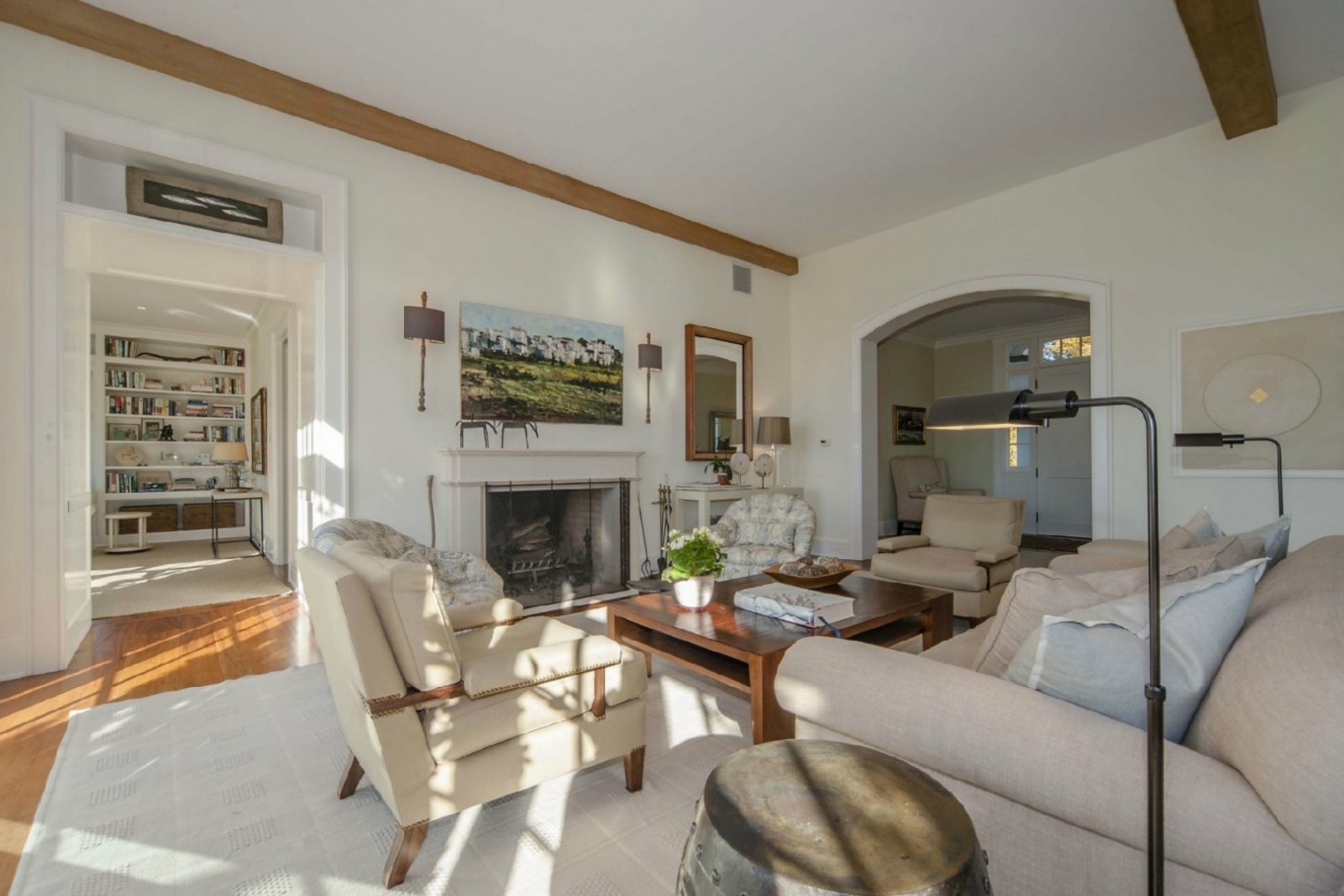 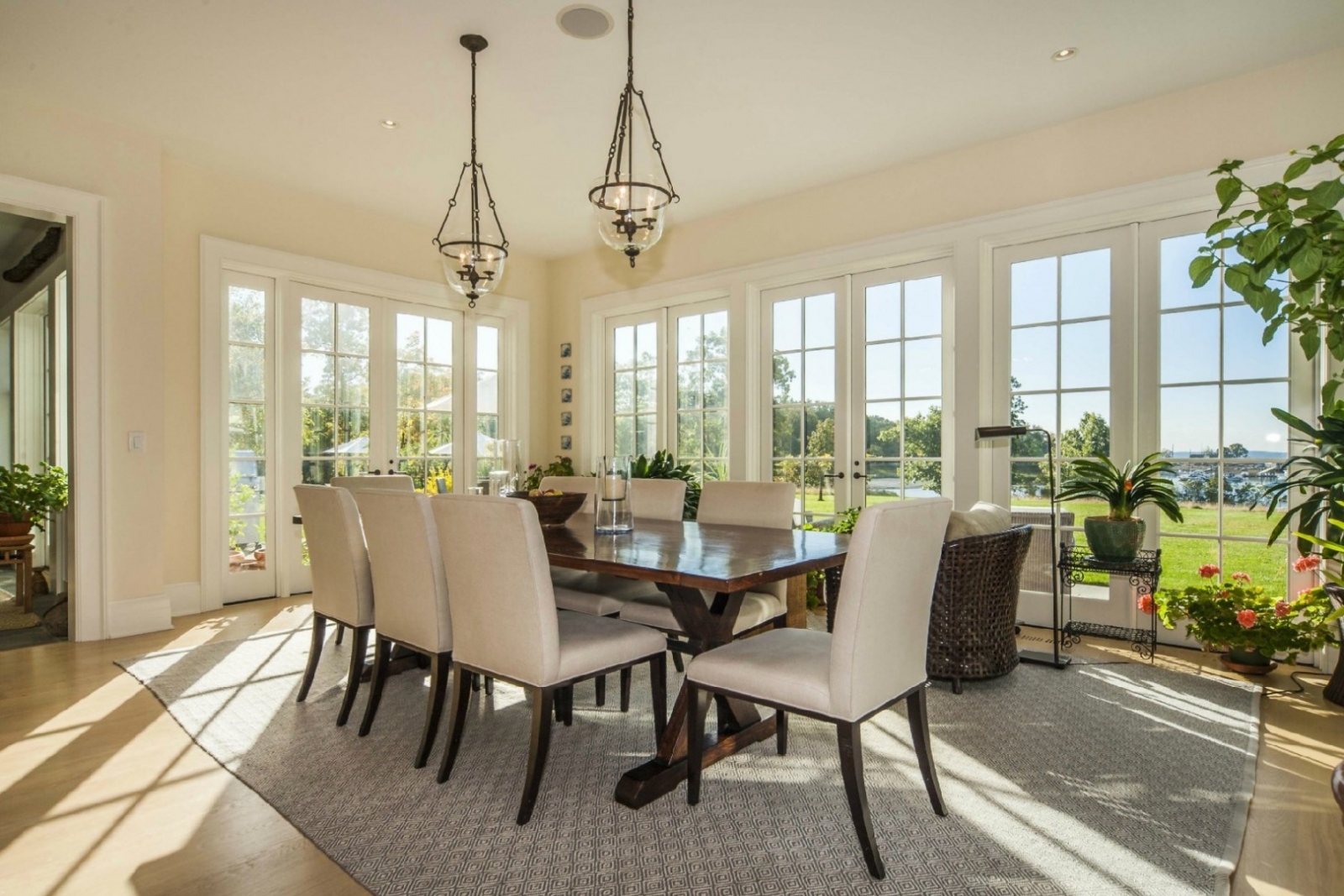 The breakfast room is filled with light.

The spacious kitchen has a large island and top-of-the-line appliances. 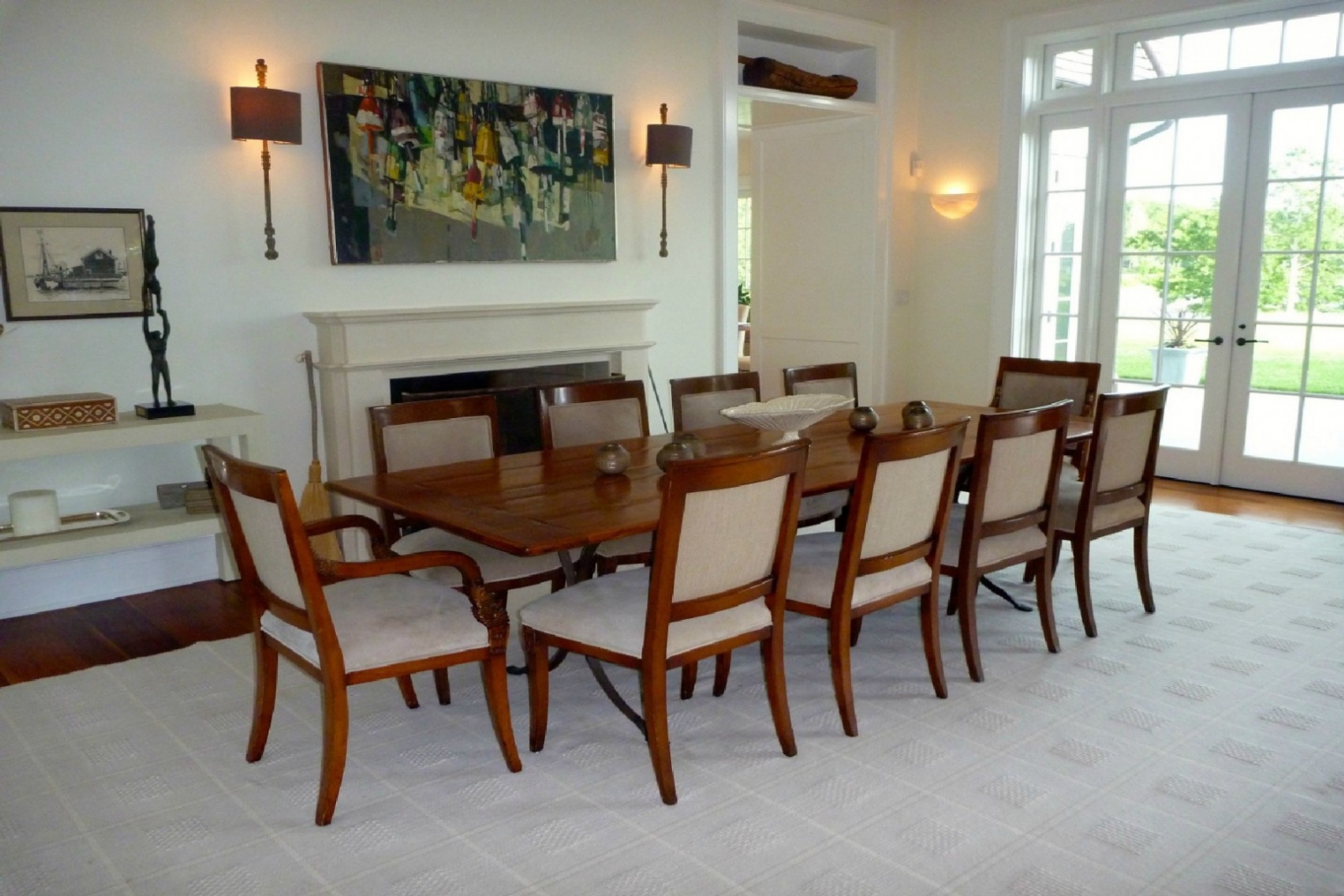 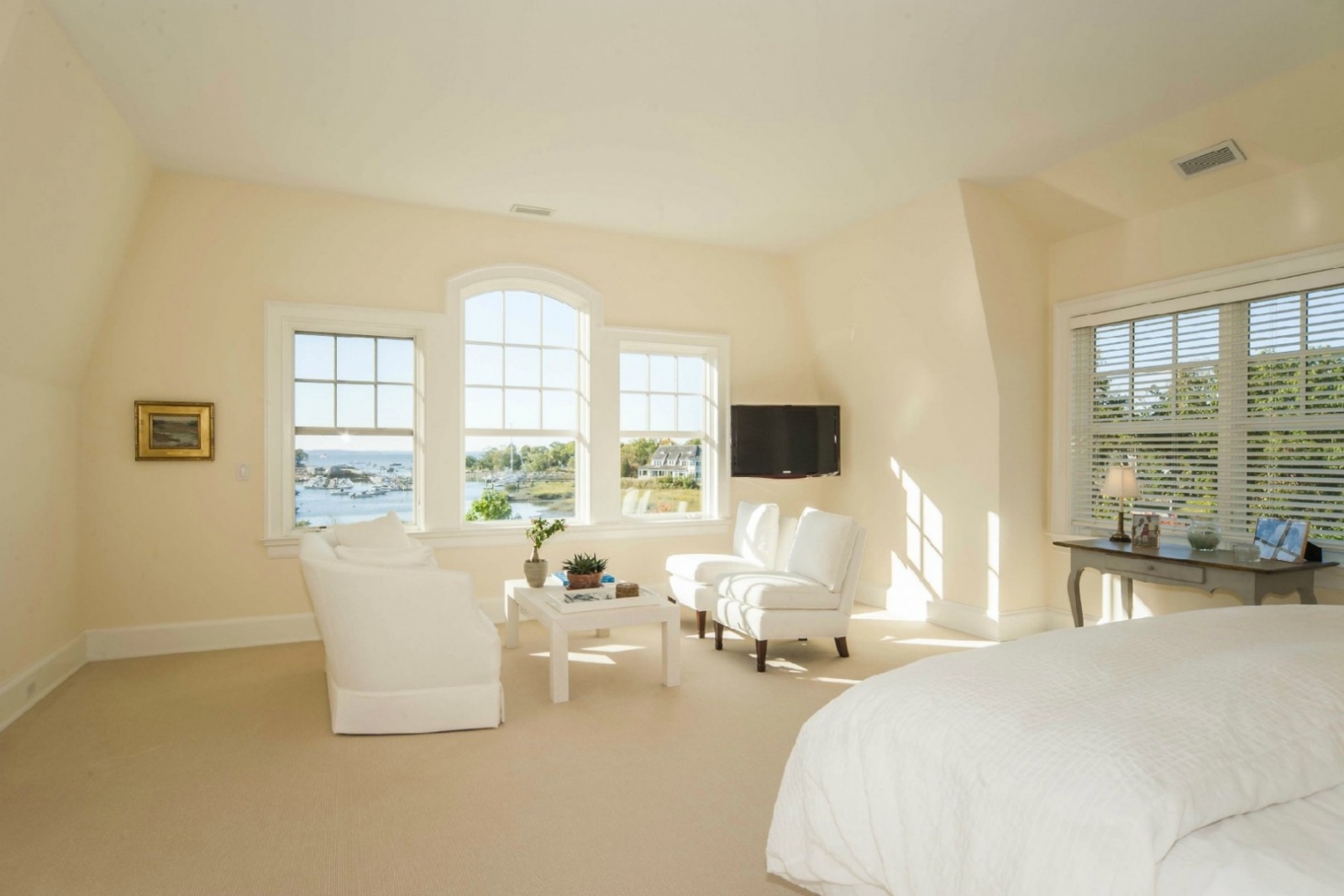 The master bedroom has a breathtaking view. 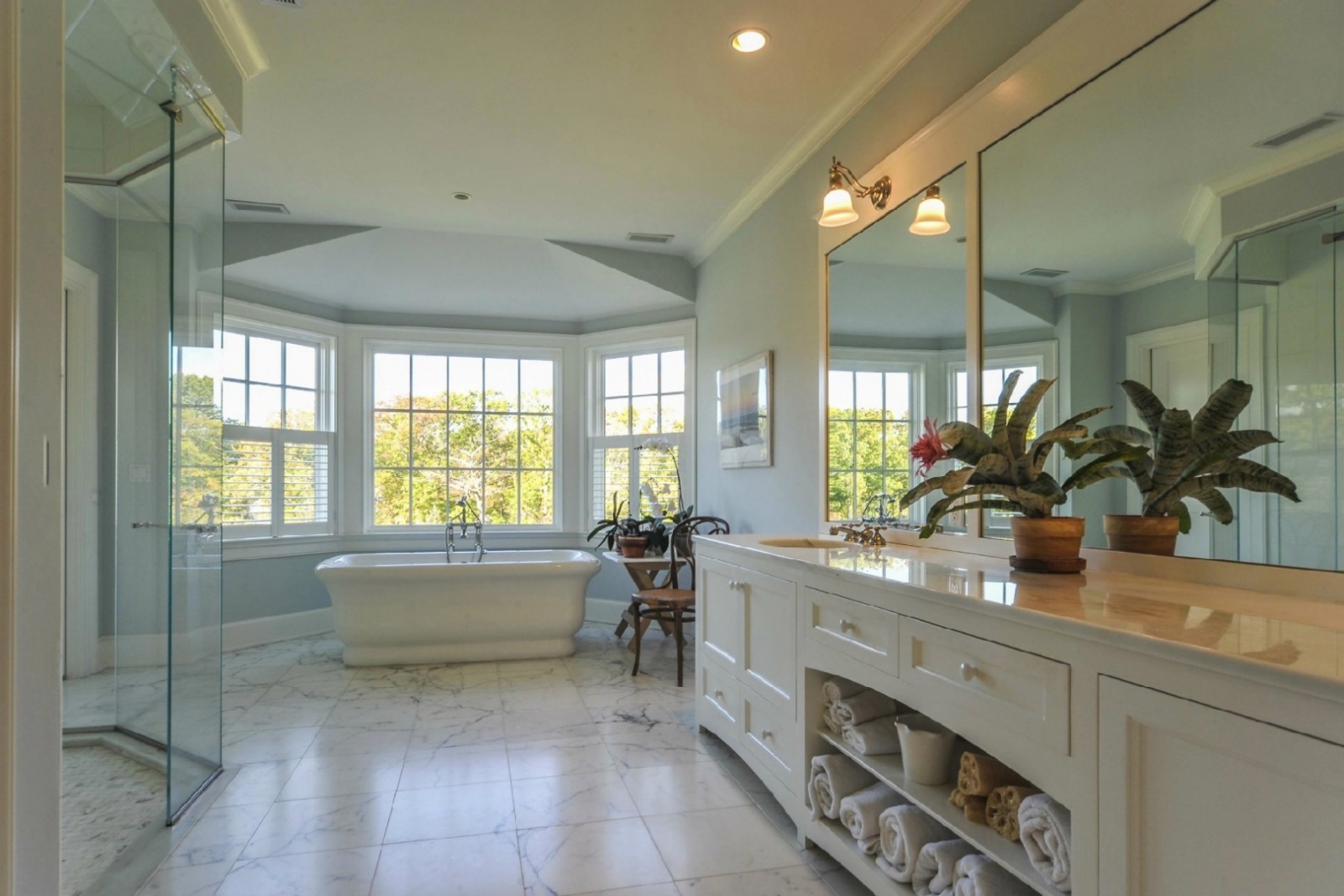 A peek at the master bathroom. 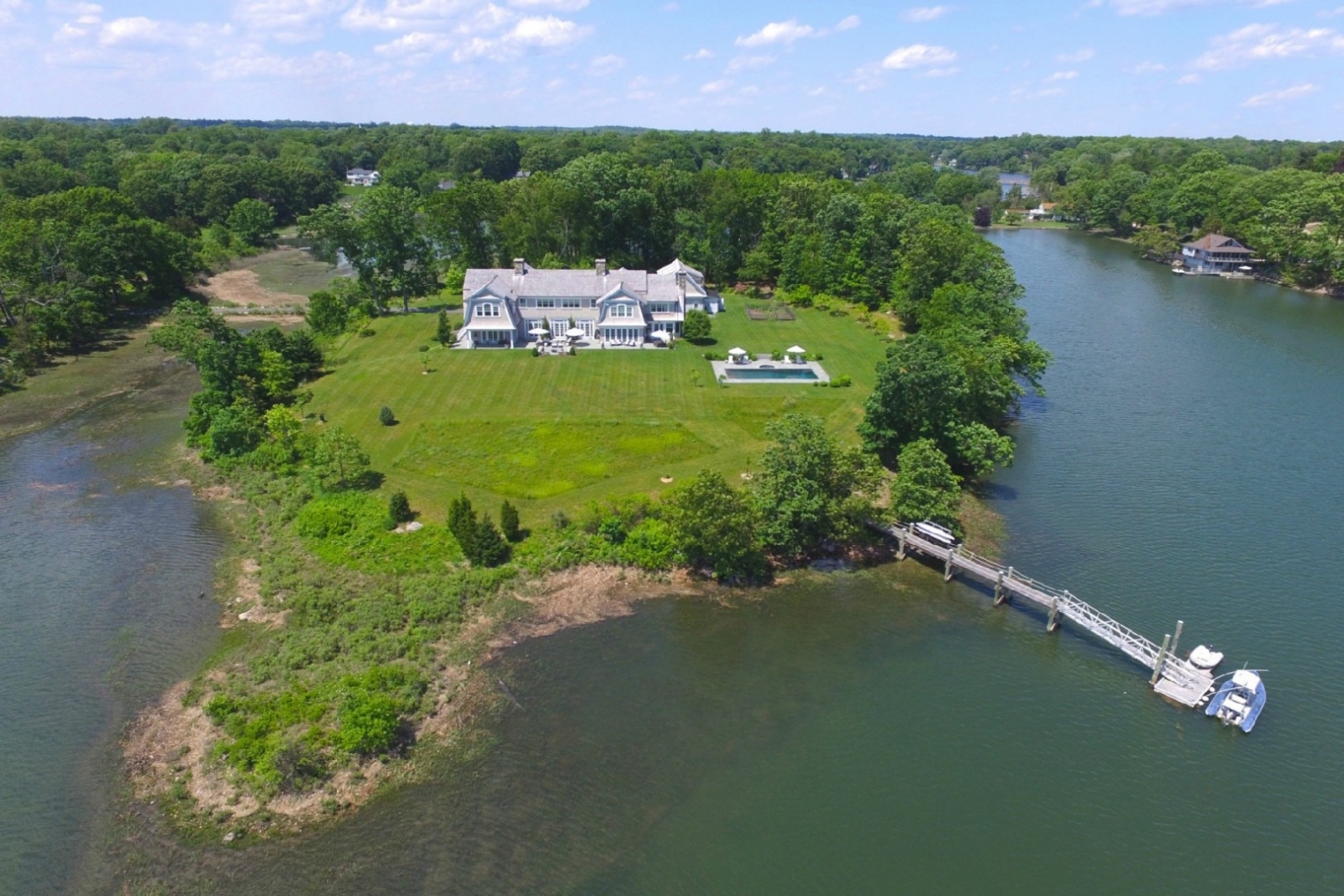 The estate sits on a 7.1-acre island.