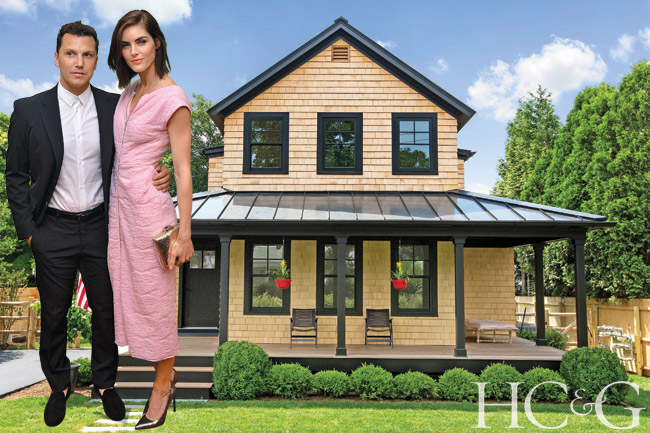 When Sean Avery renovated a 2,800-square-foot, shingle-style farmhouse at 52 Prospect Street in Southampton Village, he endeavored to do more than just slap a new coat of paint on it. The former New York Ranger sought to score some major design points by creating a showplace for transitional architecture, which blends traditional and modern design concepts, such as shingle-style façades with black roofs and black trim. The trend has been hitting the Hamptons real estate market big-time, promoted by rookies and seasoned players alike.

Avery had previously renovated his own home nearby and was so taken with the process that he decided to sign up for a new role: Hamptons developer. It’s the most recent chapter in his Renaissance man streak, which includes an internship at Vogue, a stint at a New York ad agency, and a new fashion brand, Solid & Striped x Hilary + Sean, which he recently launched with his fiancée, model Hilary Rhoda. The four-bedroom, four-bath Prospect Street property, listed for $2.999 million with Katie Milligan of Corcoran Group Real Estate, is completely turnkey, kitted out with top-of-the-line appliances, sleek furnishings, and cutting-edge artwork as well as a covered wraparound porch and a small pool and pool house. “It’s a new approach to a classic concept,” says the stick man–turned–style setter. “My plan is to shift away from McMansions to smaller homes that have traditional bones, but are a little more updated and contemporary.”

An Avery house on David Whites Lane in Southampton is already in the works, with another going up in Amagansett in the coming months. The demand for transitional homes is there, he says: “Young professionals and other people who are looking to upgrade—we’re the ones buying right now. My friends want to live in a house like the one at 52 Prospect—and so do I. It’s nicer than the home I live in now!” 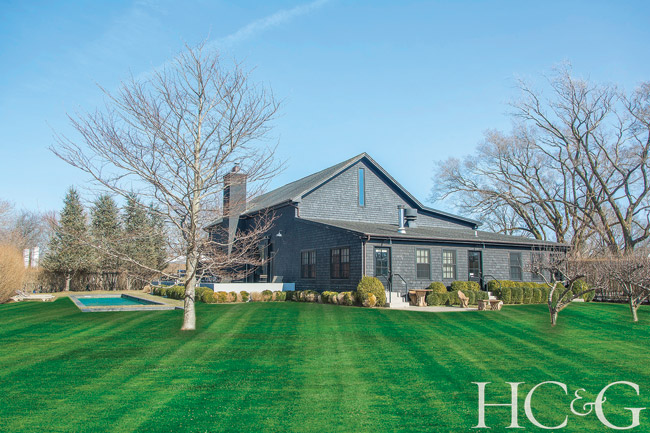 Avery isn’t the only developer taken by tradition with a twist. The brains behind BlackBarn homes—Robert Dankner, principal of real estate company Prime Manhattan Residential, and orthopedic surgeon–cum–developer Dr. Jerry Lubliner—are banking on the demand for farmhouse architecture married with modern industrial aesthetics. Partnering with Dankner and Lubliner on the concept is designer Mark Zeff and his wife, Kristen, whose 6,200-square-foot East Hampton home is the prototype for at least four more houses in various stages of development east of the Shinnecock Canal. Priced from $3.7 million to $4.5 million, BlackBarn homes (as seen above) are a refreshing new option for buyers on the East End, says Dankner: “It’s cool Manhattan loft crossbred with the most exquisite Hamptons house.”

Even Bridgehampton-based Joe Farrell is getting on the transitional bandwagon. Polo Court, a five-home development being built on land that was previously part of Two Trees Farm, includes a house that will be transitional in style and “usher in the Farrell team’s newest vision of Hamptons living,” the builder says. The shingle-style home, listed for $9.495 million with Corcoran’s Gary DePersia, will be clad in bleached gray siding and accented with black-framed windows.

A version of this article appeared in the September 2015 issue of Hamptons Cottages & Gardens with the headline: Deeds & Dont's: He Shoots, He Scores.