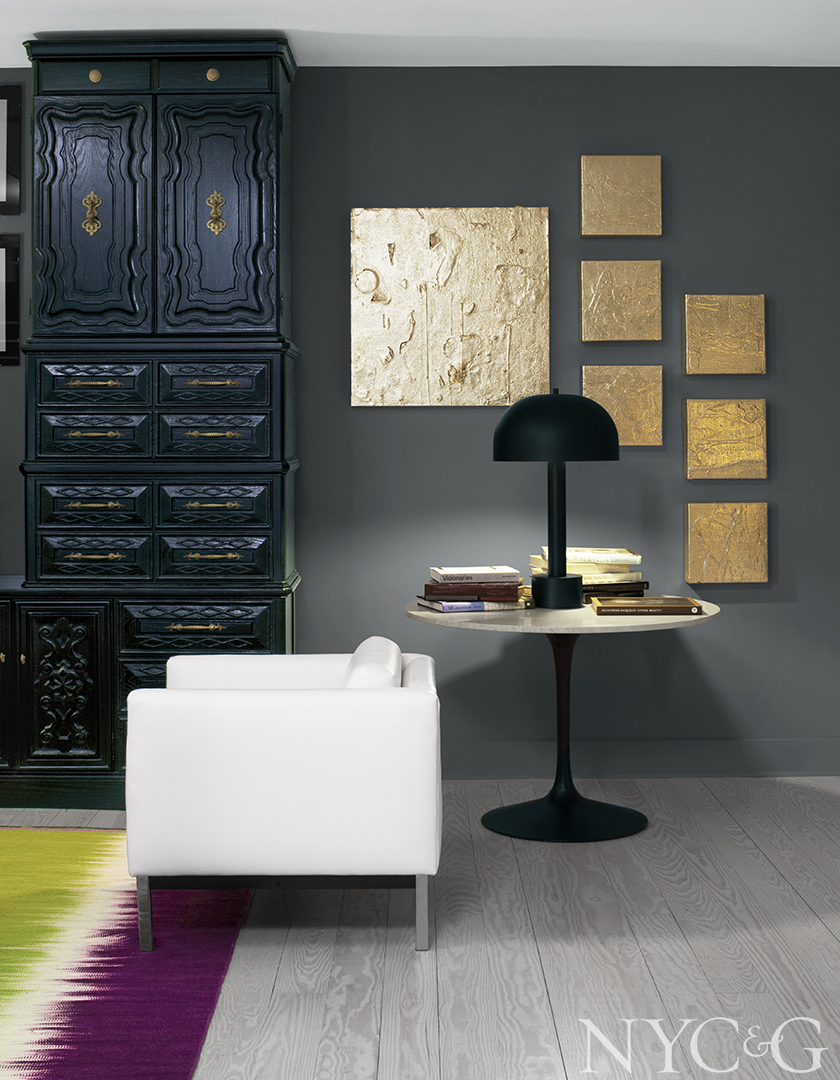 When he was still in high school in Rome, New York, Francis Rick Gillette decided he wanted to be an interior designer. He planned to attend art school to fulfill his dream, but took a detour—a long one, as it happens—and went to beauty school instead. He joined one of his four brothers, Larry, at a salon in Syracuse before making his way to Manhattan with an introduction to the famed Mr. Kenneth. By the early 1970s, he was working for Vogue, doing hair and makeup on models like Lauren Hutton and Cheryl Tiegs for such photographers as Richard Avedon, Irving Penn, and Helmut Newton. After 20 years, he segued into a 10-year stint as a photographer himself and then, after three decades in a glamorous but tough world, returned to his first love, interior design.

In 2013, Gillette made the move from New York City to Hudson, New York, where he had spent time visiting friends. “When I left Rome,” he remembers, “I left any interest I ever had in living in Upstate New York.” But to many people, Hudson isn’t really “Upstate New York.” It’s a delightfully preserved Colonial-era town with hundreds of historic properties ranging from Early American to Late Victorian, many now filled with antiques shops, restaurants, and galleries.

All those structures mean a lot of space to former urban dwellers like Gillette. “I have nearly 3,000 square feet on the second floor of a building on the main street of the town,” says Gillette. “I could never afford this much space in New York City.” The building, at 217 Warren Street, is not one of the old gems, however: It’s a replacement for a previous structure that was destroyed in a fire, but the white clapboard–sided building does its best to fit in.

Gillette needed the new digs because he’s a bit of a collector. “Before I moved here, I was living and working in Brooklyn,” says the designer. “I had two storage units crammed with things I had bought over the years or saved. Things I wanted to ‘revisit.’ And I thought, I could open a gallery with some repurposed and reproduced pieces, and some of my own.” He hadn’t previously considered dealing in art, but he has been buying it since the 1970s, and now FRG Objects & Design/Art operates in a light-filled white gallery adjacent to his private quarters. 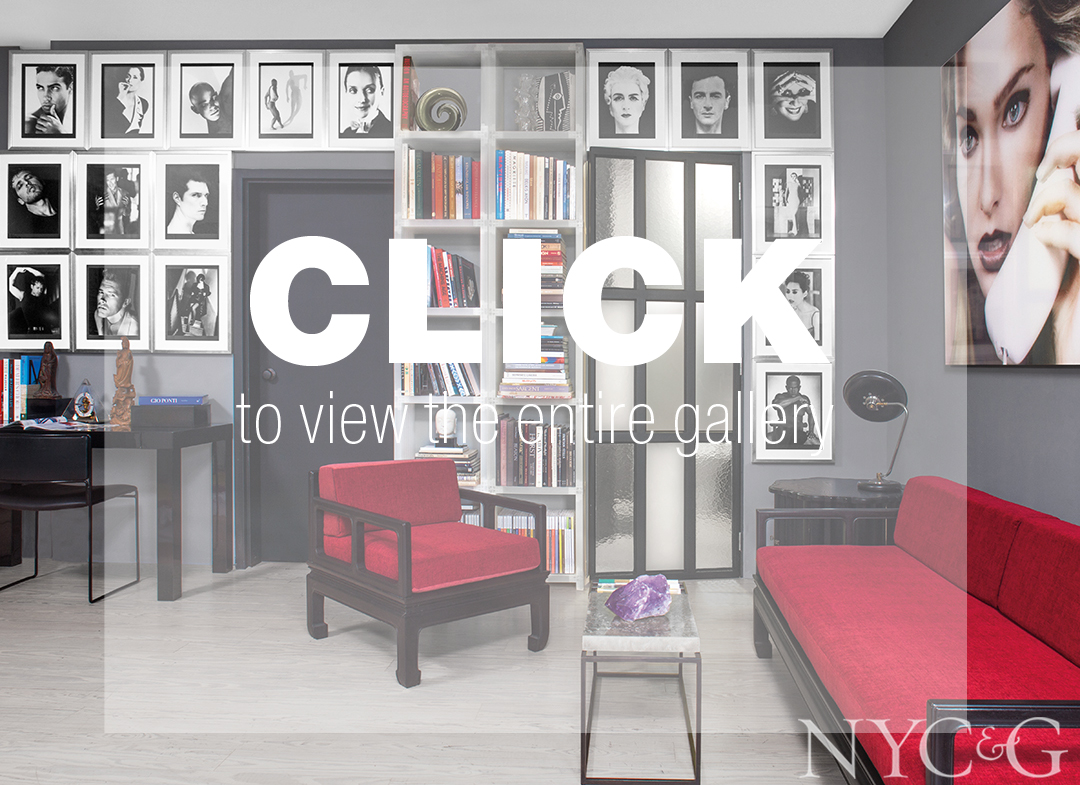 Having lived in New York City, Gillette has “always been able to do a lot with little,” and accordingly managed to create a home in well under 1,000 square feet of his sprawling floor, apportioning the rest to his gallery. His apartment consists of a roomy living area, an office, a kitchen, a master bedroom, and a new bath, all decked out in a somber palette to delineate it from the bright white gallery space. “I wanted it to be the opposite of the public area,” he explains, “so I chose a dark custom gray for the walls instead of white.”

Similarly dark furniture, made for his brother Jim back in the “modern Spanish” 1980s, dominates the living area. Gillette had it ebonized with a mix of paint and stain that still reveals the grain. The huge photo above the chinoiserie sofa in the office was styled and shot by him, as were all the black and white photos on the bookcase wall. The Indian bedspread in his sleeping quarters was a gift, a flat piece of fabric that he had fitted to the mattress, and the velvet-lined satin drapes were previously installed in a client’s home. The white standing lamp, meanwhile, is a design of his own. He had it made for a client who couldn’t find a mid-20th-century modern lamp “that didn’t cost $14,000.”

Provenance is not as important to Gillette as aesthetic appeal. He assembled the white room divider in his apartment from pieces of fencing used at a day-care center and matched vintage linoleum and chrome bullnose kitchen countertops to standard Ikea cabinets. The console next to the brown velvet Fritz Hansen Egg chair is a find from a local thrift shop. “Where something comes from is less important to me than what it can become,” says Gillette, “which is something that goes back to my days doing hair and makeup. I have always said that if you give me a model with good bone structure, I can find the right way to bring in the glamour.”

Design must run in the family as his younger brother, Richard Gillette, is also an interior designer. Living nice and close to his older sibling, Richard's Hudson townhouse is another masterfully decorated upstate residence.

A version of this article appeared in the May/June 2018 issue of NYC&G (New York Cottages & Gardens) with the headline: Hudson Revival.