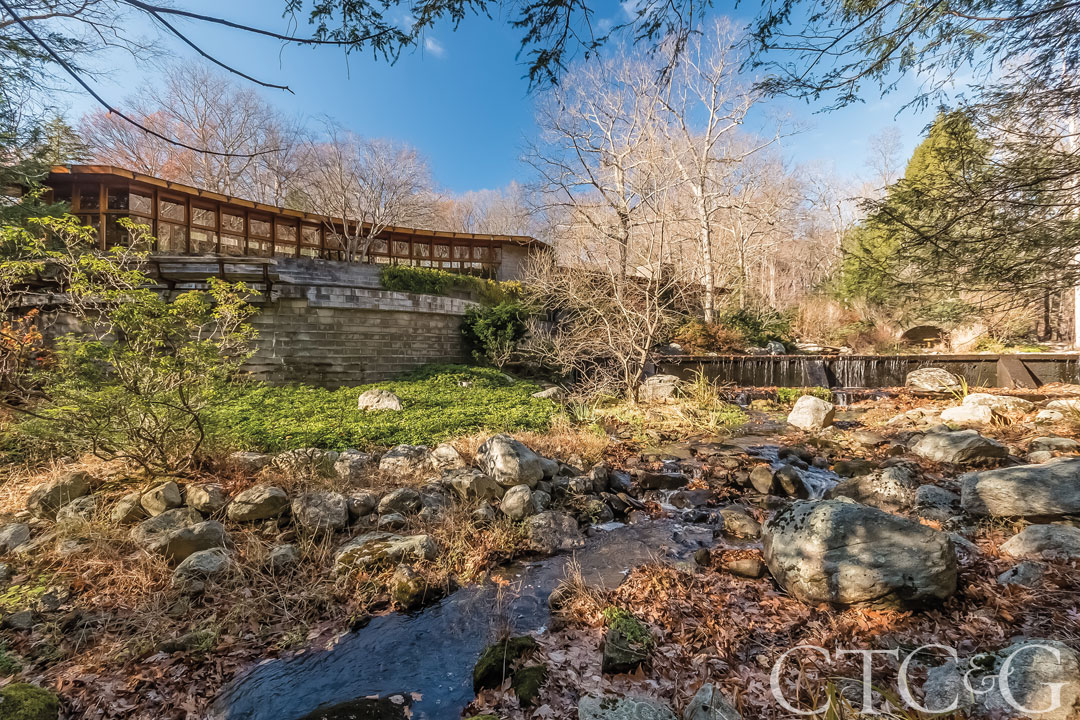 This stunning Frank Lloyd Wright compound is in New Canaan, listed for $8 million. Called Tirranna, which translates as “running waters,” the home may well be the only one designed by the architect in the state of Connecticut. It was built in 1955 as a hemicycle, a style Wright favored at the end of his career—reflected in his final opus, the Guggenheim Museum in New York City. The New Canaan home was built in a horseshoe shape, with correspondingly curved walls of windows, rooflines and meticulously crafted woodwork throughout. Danbury Mint founder and philanthropist Ted Stanley owned the property for a couple of decades, restoring it to its current pristine condition. Properly called the Rayward-Shepherd House, it’s a fancier dwelling than many of Wright’s more naturalistic works, with details such as a gold leaf chimney, an interior gardened courtyard and, most notably, a rotating rooftop observatory. The “running water” name is derived from a dramatic waterfall that flows from the Noroton River. The 15-acre property also offers a swimming pool, tennis court and greenhouse. Doug Milne of Houlihan Lawrence has the listing. 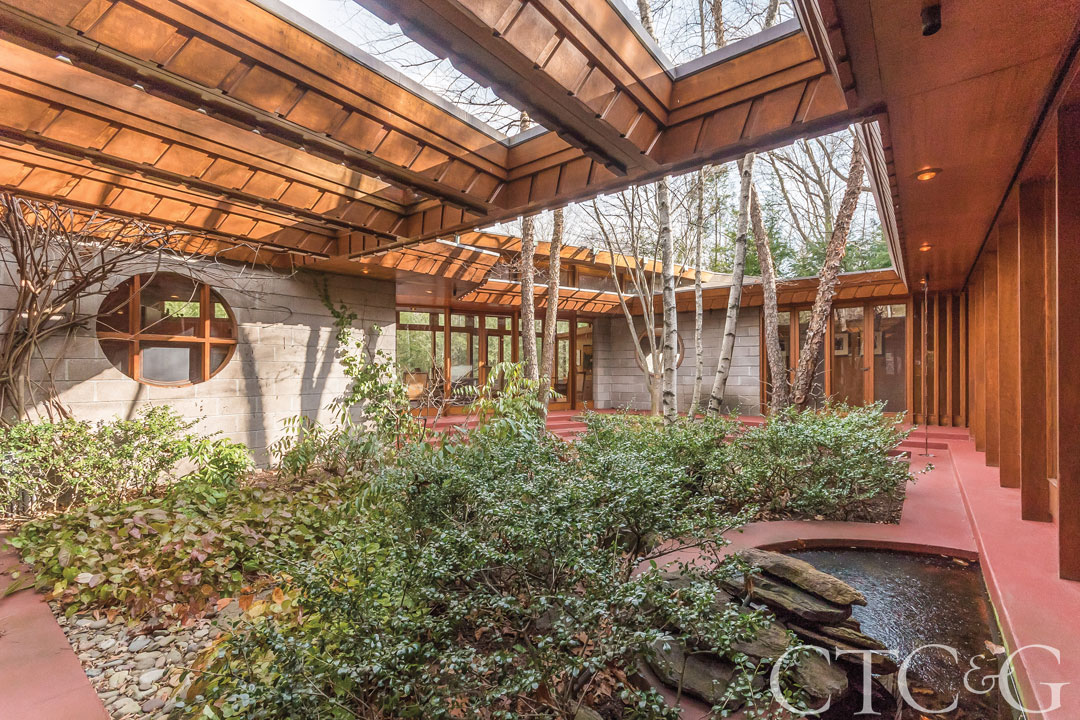 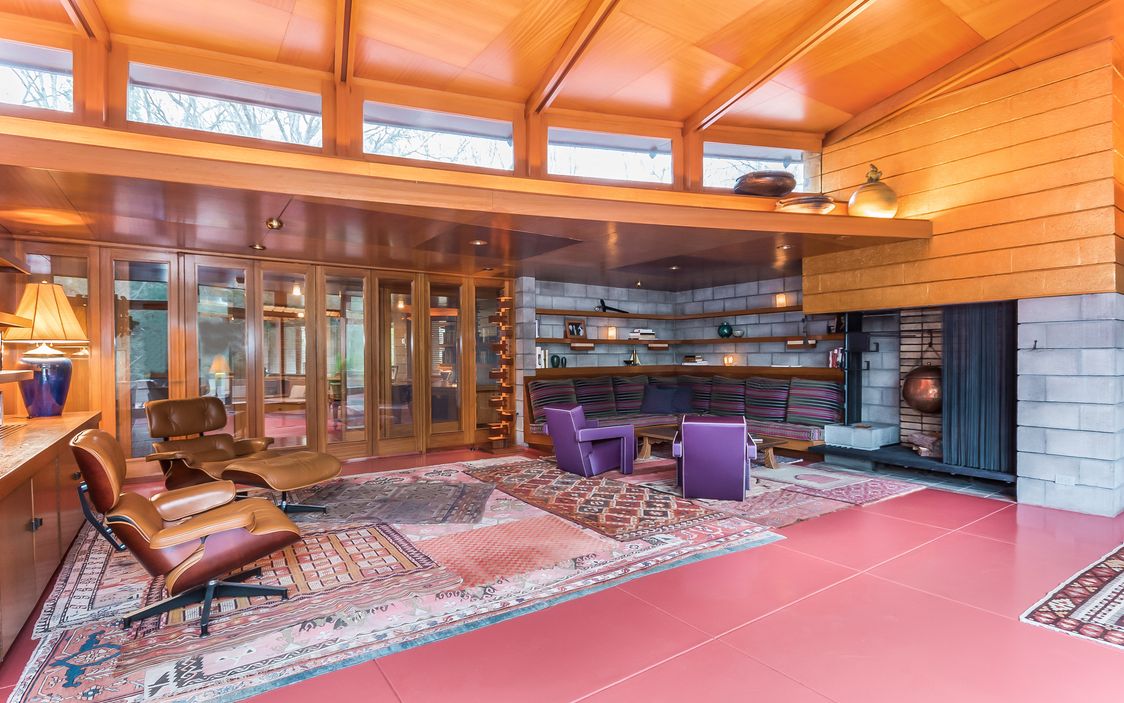 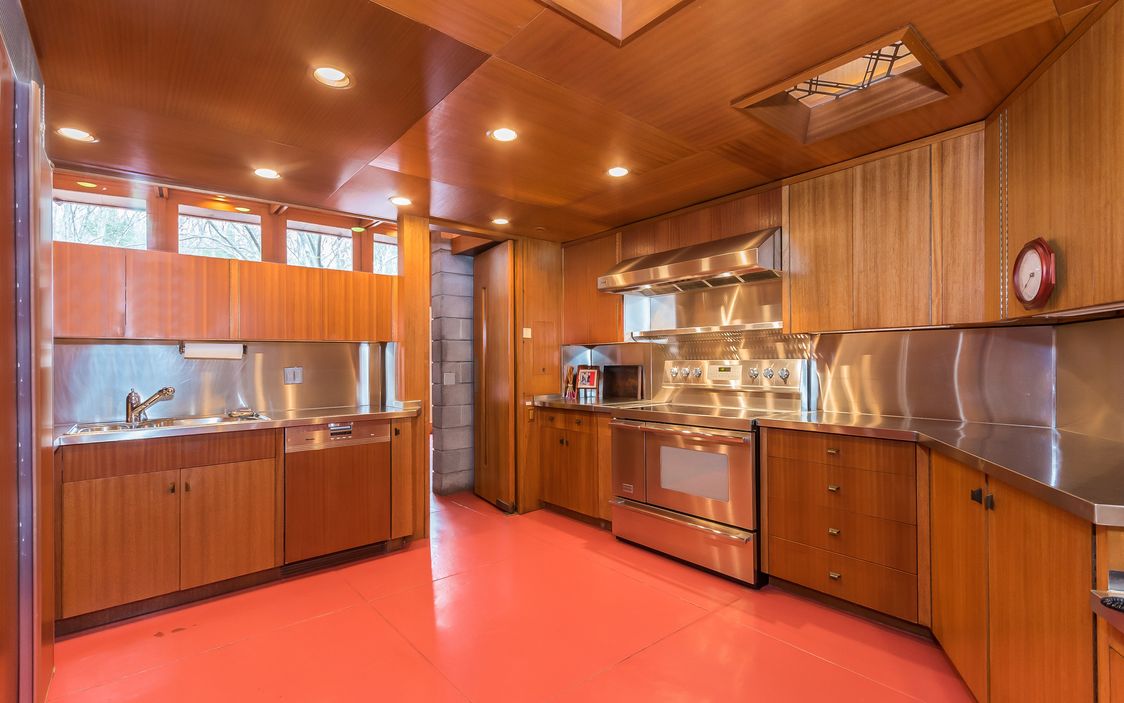 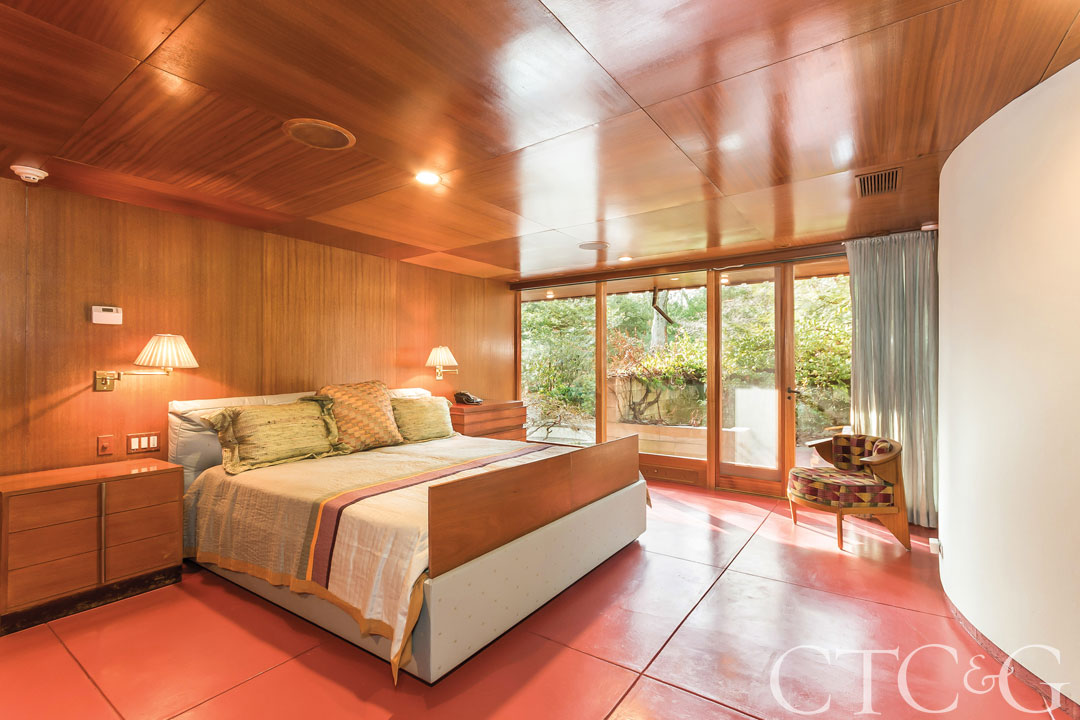 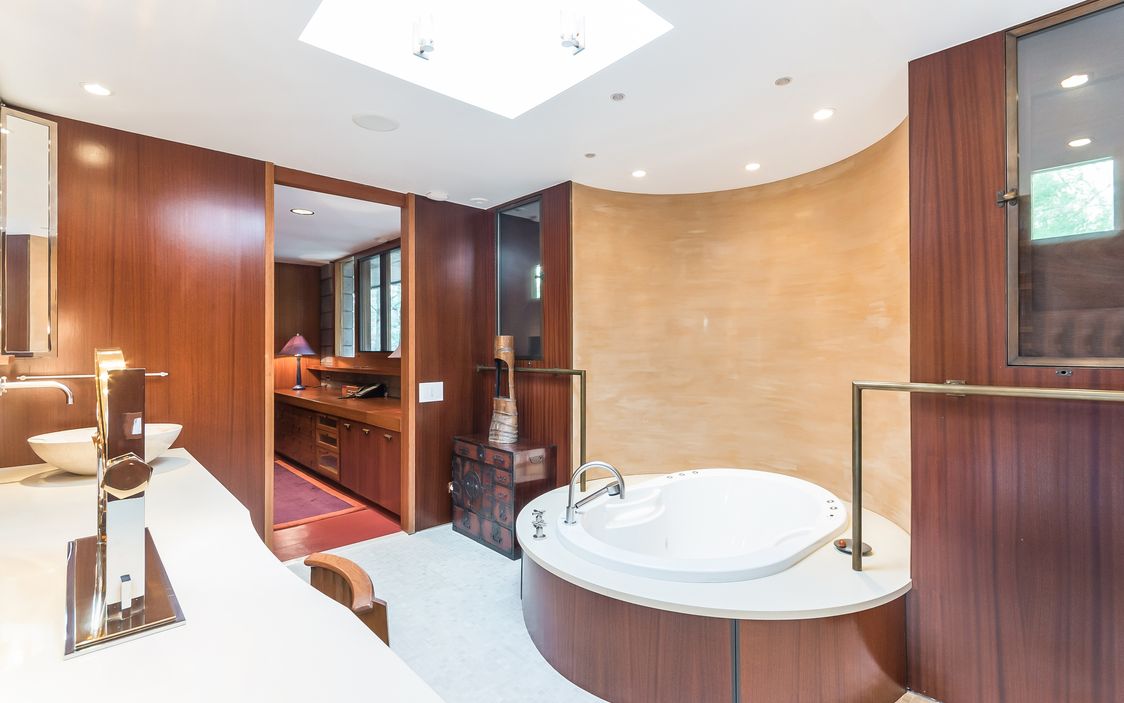