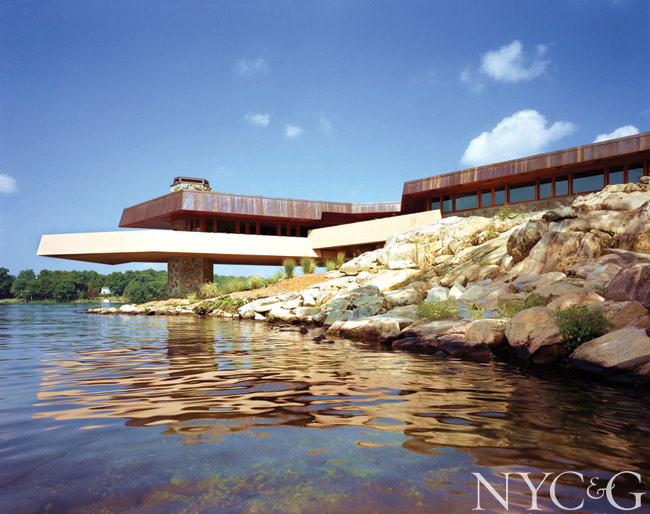 To be marooned on Petra Island is a dream come true for mid-century-modern diehards. The 11-acre retreat on Putnam County’s Lake Mahopac, 50 miles from New York City, boasts two Frank Lloyd Wright–designed dwellings: a 1,200-square-foot cottage, erected in 1950, and a 5,000-square-foot residence, adapted from Wright’s never-realized original plans and built in 2008 by the current owner, who is selling the entire island for $18.5 million.

The recently constructed residence has sparked controversy because of its radiant heating, insulation, air conditioning, protruding masonry, and domed skylights, all of which are inconsistent with Wright’s style, thereby raising red flags with the Frank Lloyd Wright Foundation. But the draw of living on one’s own private heart-shaped isle—accessible by helicopter or boat—might be reason enough for some potential buyers to look the other way.