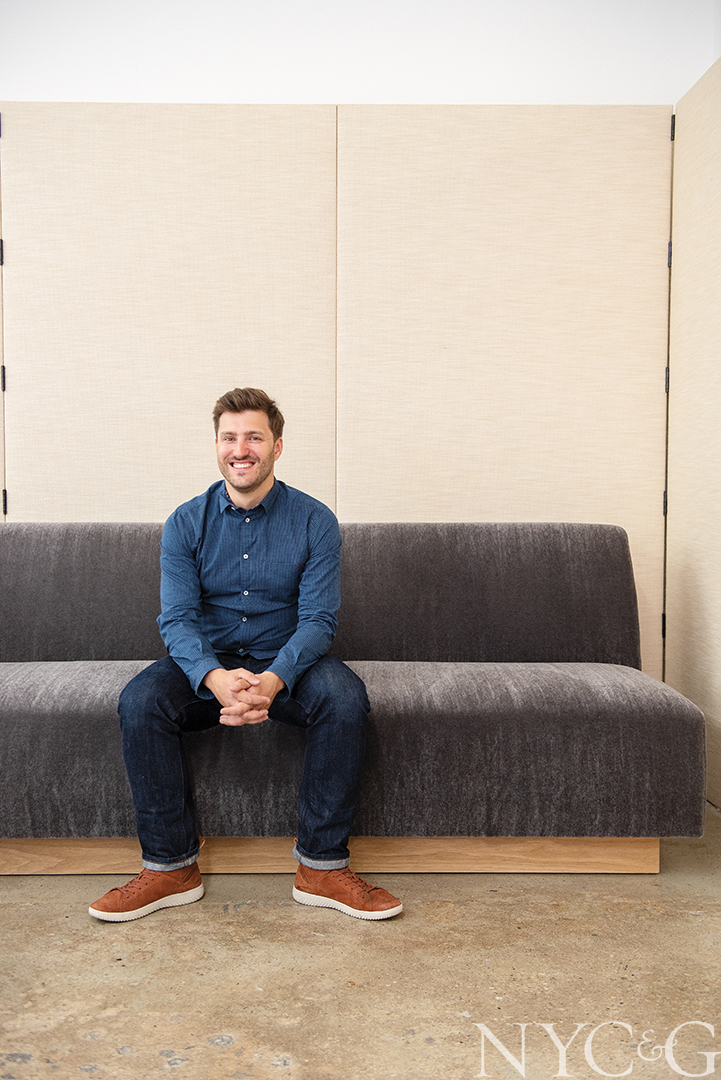 When Romain Jouffre moved from his native France to New York in 2014, he marveled at the towering condominium that was being built at 432 Park Avenue. More than just another punctuation mark on Manhattan’s ever-changing skyline, the structure represented a professional goal. “I remember thinking, I want to have a project in there someday,” he says.

Jouffre had moved to America to work at the smaller division of his father’s upholstery business, which is called Jouffre and based in Lyon. Founded in 1987, around the time the younger Jouffre was born, the company fabricates intricate drapery and wall upholstery, in addition to constructing and restoring furniture. (The Palais Garnier is among its notable client list.) “I never expected to join the family business so early,” recalls Jouffre, who apprenticed in Lyon for three months before embarking on his new endeavor. “I thought maybe I had another career to experience first.” 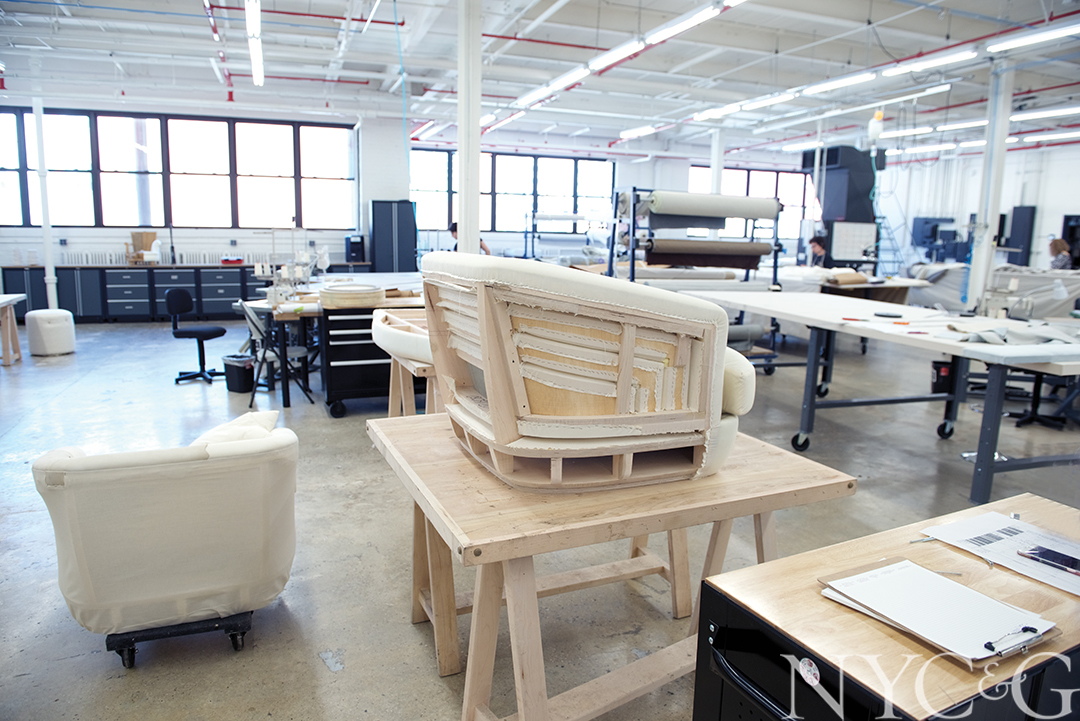 The New York workroom, based in Long Island City, had opened its doors in 1998 and was running a tidy operation, but Jouffre fils pushed to bring more production Stateside, eliminating customs fees and shortening lead times for American-based clients such as architect Peter Marino and the Baccarat Hotel. Within six months of Jouffre’s arrival, the U.S. team had made its first sofa. “I want designers to know that they are getting the same quality and services no matter which of our workrooms they do business with,” he says.

The company prides itself on upholding time-honored French upholstery techniques, while embracing advancements in the field, such as 3D-printing furniture prototypes. All American-based commissions are now handled through the Long Island City location, with upholstery performed in-house and furniture frames built off-site. When a frame arrives at the workroom, it’s delivered to the upholstery department, where various employees oversee webbing, fabric cutting, and stitching before the piece is inspected by a project manager, then packed up and delivered to the customer.

As for Jouffre’s dream of landing a gig at 432 Park Avenue? His wish came true when decorator Robert Couturier enlisted the company’s services for a model apartment on the 86th floor. “That was a big accomplishment for us, but we aren’t done,” Jouffre says. “Every time I see a huge tower going up, the goal is to be involved in it. This one’s just a step along the way.”

A version of this article appeared in the October 2018 issue of NYC&G (New York Cottages & Gardens) with the headline: The Son Also Rises.