Furnished Properties that Give New Meaning to the Word Turnkey 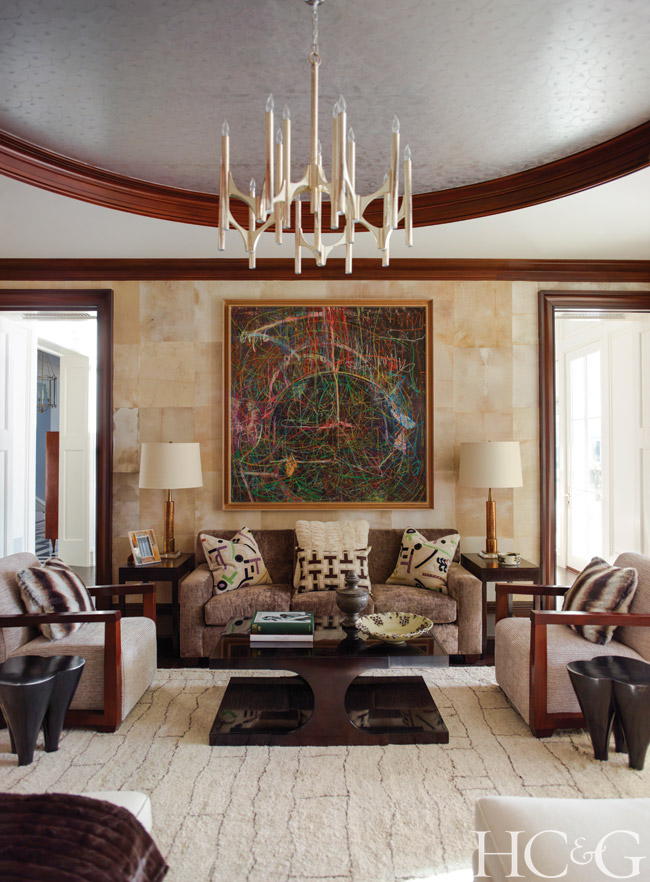 It’s no secret that staging can help sell homes—potential buyers are better able to envision sitting at a Ligne Roset dining table if there’s already one in situ at the open house. But there’s staging, and then there are fully furnished properties that give new meaning to the word “turnkey.”

A few seasons ago, Florida-based decorator James Michael Howard started speculating on spec houses, delivering them designed to the nines. While he admits to some trepidation over his all-or-nothing scheme, he points to his track record thus far. “This is not my first rodeo,” he says. “Our success rate has been incredible.”

His most recent roll of the dice: 41 Halsey Lane in Water Mill, where the $24.95 million asking price includes not just the kitchen sink, but the handmade mirror hanging above the Scagliola fireplace mantel and the custom-made Nepalese rug that recalls Matisse’s legendary cutouts. The inspiration, Howard says, is “a great English country house in the Cotswolds, purchased by an American investor who turned it into a cool hotel. If you’re shopping for a new home with the intention of relaxing and having your friends over, buying it fully decorated just makes things easier.”

The Halsey Lane home has been dubbed Mecox Farm by Howard, after its proximity to Mecox Bay, as well as the name of the original property—a former Halsey family farm. It is Howard’s fourth all-inclusive Hamptons project; the third, a seven-bedroom on Calf Creek Court in Water Mill, sold for a little more than its $11.95 million asking price. “I’m a big fan of staging in spec houses because it encourages buyers and speeds up the sale,” says Corcoran’s Gary DePersia, the listing agent on both properties. Though such homes can be purchased unfurnished at a lower price, DePersia concedes that certain items, such as wall coverings, would be difficult to remove.

A version of this article appeared in the August 1 2015 issue of Hamptons Cottages & Gardens with the headline: Deeds and Don'ts: Stable Investments.