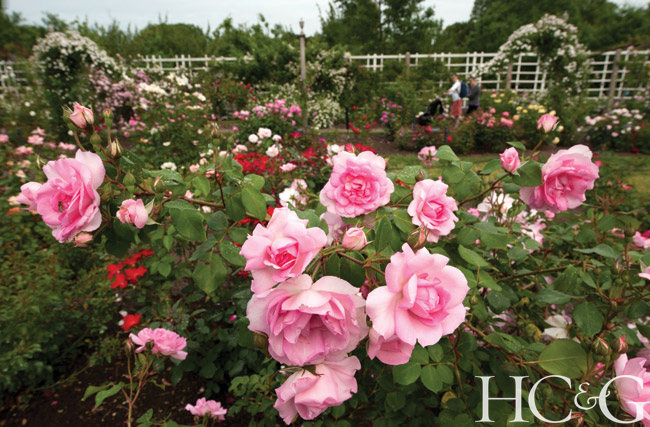 As part of our Special Series: Responsible, sustainable gardening in the Hamptons, HC&G sat down with Hal Goldberg, President of Southampton Rose Society to learn more about which roses grow best in the Hamptons and the best way to avoid pests.

HC&G: Tell me about the new rose garden your group has planted.

HG: Last year, we installed an organic rose garden in a small plot in front of the Southampton Cultural Center, across from Agawam Park. We worked with Sarah Owens, the curator of the Cranford Rose Garden at the Brooklyn Botanic Garden. The Cranford is completely organic, so she had lots of great advice for us.

Which roses grow best in the Hamptons?

HG: There are quite a few good ones, including the amazing roses from Kordes, a German grower whose disease-resistant roses were developed after the Germans banned pesticides in the 1970s. Meilland, in France, is another great source. And Earth-Kind roses were proven in a Texas A&M plant trial to do well without chemicals throughout the country. ‘Bonica’, ‘New Dawn’, ‘Rêve d’Or’, ‘Cecile Brunner’, and ‘Sally Holmes’ are particularly good in our region. 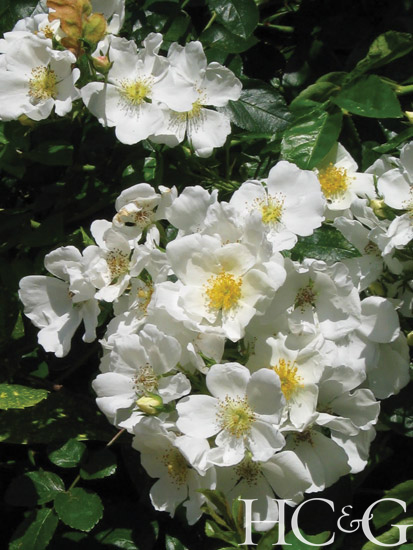 And what about the roses we see growing naturally near the beach?

HG: Rugosa roses are great—I’ve often used them as a landscape plant. If you don’t deadhead them, they have the most amazing rose hips, and if you do deadhead, they’ll often repeat-bloom. Rugosas come in lots of colors as well; one of my favorites is ‘Linda Campbell’.

How much time is involved in creating an organic rose garden?

HG: It takes about three years to convert a chemically dependent rose garden, after which you should start replacing roses that aren’t recovering from the change that well. Buy own-root, non-grafted roses, which are inherently more disease resistant. Roses Unlimited, Chamblee Rose Nursery, and Palatine Roses are great mail-order sources for own-root roses.

What’s the best way to avoid pests and diseases?

HG: You can use a lot of organic products to manage them. One of the best is neem oil, which deters insects like mites and prevents fungus from spreading. And we follow a strict schedule of organic applications, including Serenade Garden, MilStop, Rose-tone, and fish emulsion. Soil science is important, too. There are two ways to approach this: Whenever we install a rose garden, we dig out a foot of topsoil and replace it with a combination of fresh topsoil and organic compost. But if you don’t want to do that, then you should do a soil test to determine what nutrients you need to add to your existing soil. 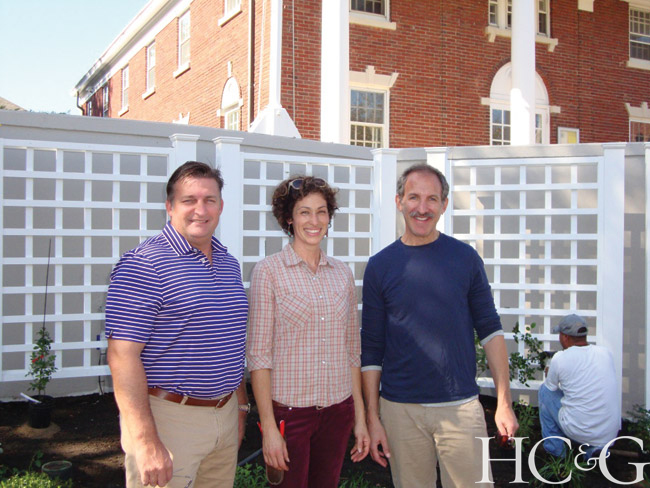 What about Japanese beetles?

HG: Simply pick them off. And don’t use beetle traps, which actually tend to attract them to your roses! The best way to avoid them is to treat the soil for the grubs before they turn into beetles.

Are there any proven companion plants for roses?

HG: Absolutely, particularly those that attract beneficial insects, such as salvias, stachys, and nepeta. 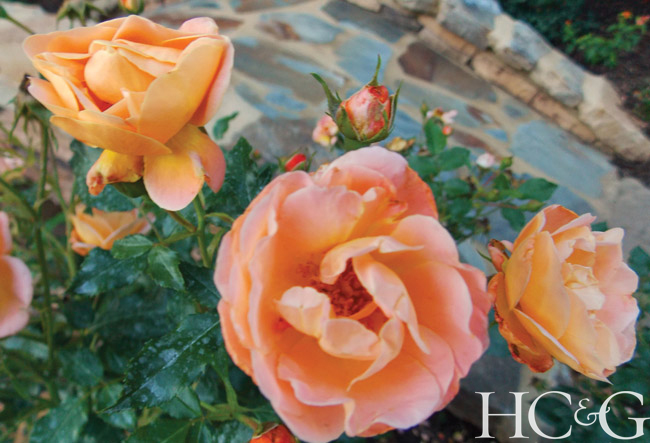 Should you let Rosa multiflora grow in your garden, or is it invasive?

HG: No. These “wild” roses are definitely a big problem, almost as bad as Japanese knotweed.

HG: ‘Miracle on the Hudson’—a beautiful red shrub rose that’s completely disease resistant. And I’ve been looking endlessly for a ‘Kiftsgate’ rose. It’s covered in  beautiful little white blossoms and blooms only once a season, which I kind of love.

A version of this article appeared in the June 2014 issue of Hamptons Cottages & Gardens with the headline: A Rose Is a Rose Is a….

Explore a New Collection from Kravet, The Latest Store Openings and More!

The actress bopped to the top of her real estate game, selling the stunning home fast and almost for its asking price.