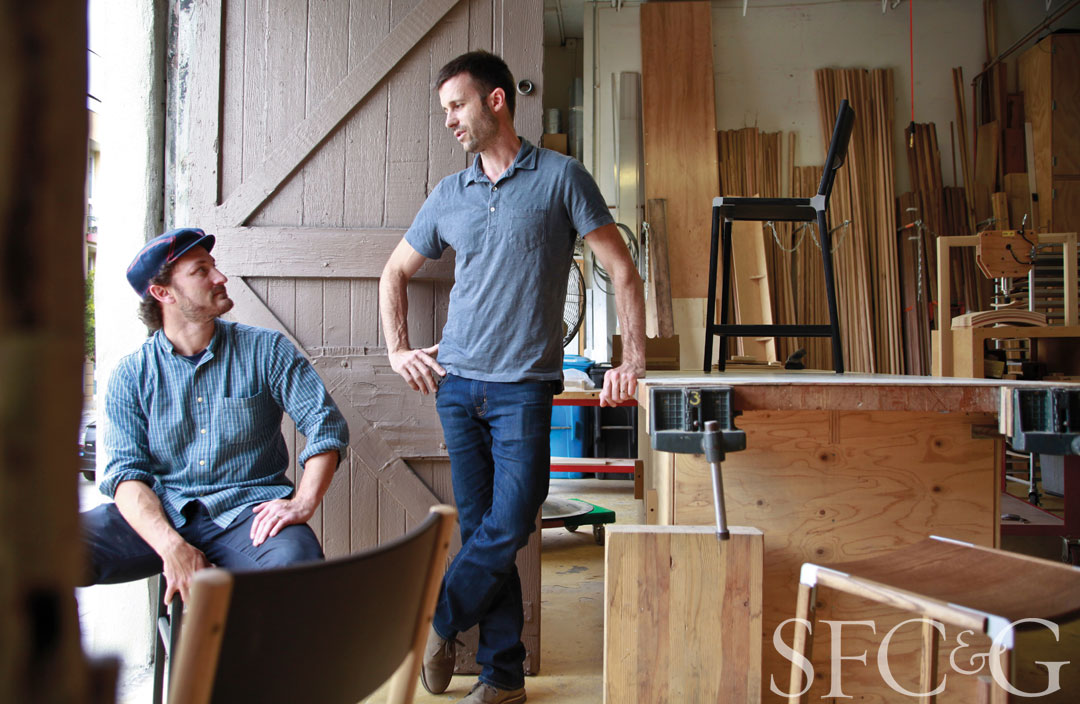 Unlike diners do with a beautiful dish or glass, it’s rare to see a restaurant guest inspecting a chair to see who made it. Chairs are the workhorses of the restaurant world: They must be stylish, but also durable, lightweight and comfortable, which is why most establishments tend to stick with a standard assortment. The team at Bellota, the new Spanish eatery in SoMa recently opened by Absinthe Group, took a different approach: handcrafted seating by Mission-based Fyrn was the unanimous choice for the restaurant’s team.

“The Fyrn chair reinvents our conception of the ‘standard’ dining chair,” says Cameron Helland of Sagan Piechota, the project’s architectural firm. “While the chair is simple in appearance, the detailing is sophisticated and refined; the materials are honest and express intention.” 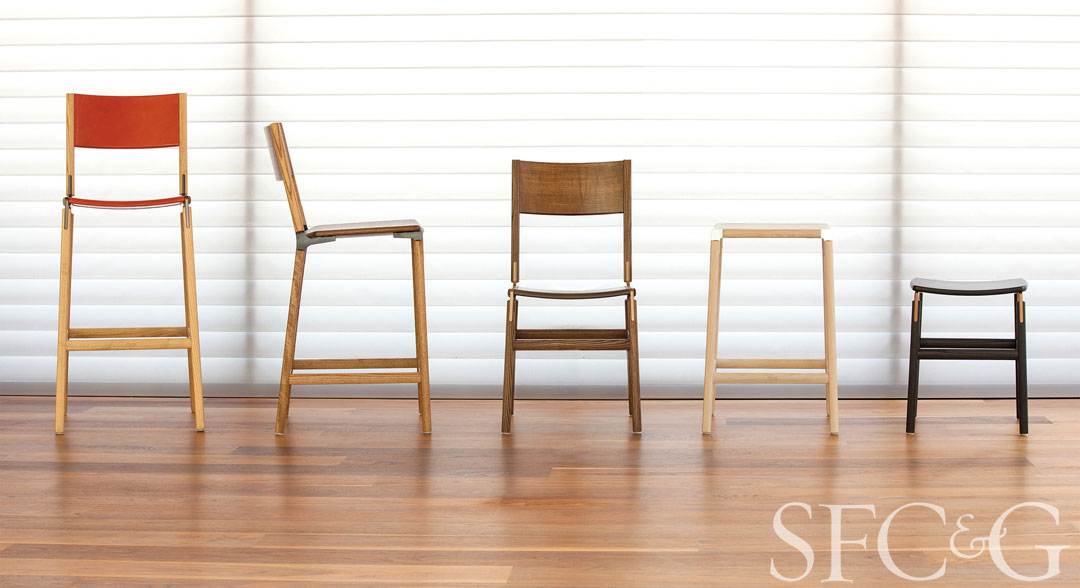 This fall, founder and designer Ros Broughton, business partner David Charne and the talented team at Fyrn will launch their inaugural collection of sleek wooden chairs and barstools, which have design classic written all over them. Prior to Fyrn, Connecticut-born Broughton worked for years as a custom woodworker and furniture designer, gaining a reputation for meticulous attention to detail, and Fyrn embodies those standards: in addition to designing the furniture, the studio also designed the machines they use to create the line.

The heroes of the construction, however, might just be the patented sculptural aluminum brackets that form the hard-working joints: rather than hiding them, Broughton chose to expose them, lending the chairs architectural cool. Kendall Wilkinson, Bellota’s interior designer, notes: “All the chairs we considered for the project were in wood, but Fyrn’s chair had their signature brackets, which are like industrial jewelry.” 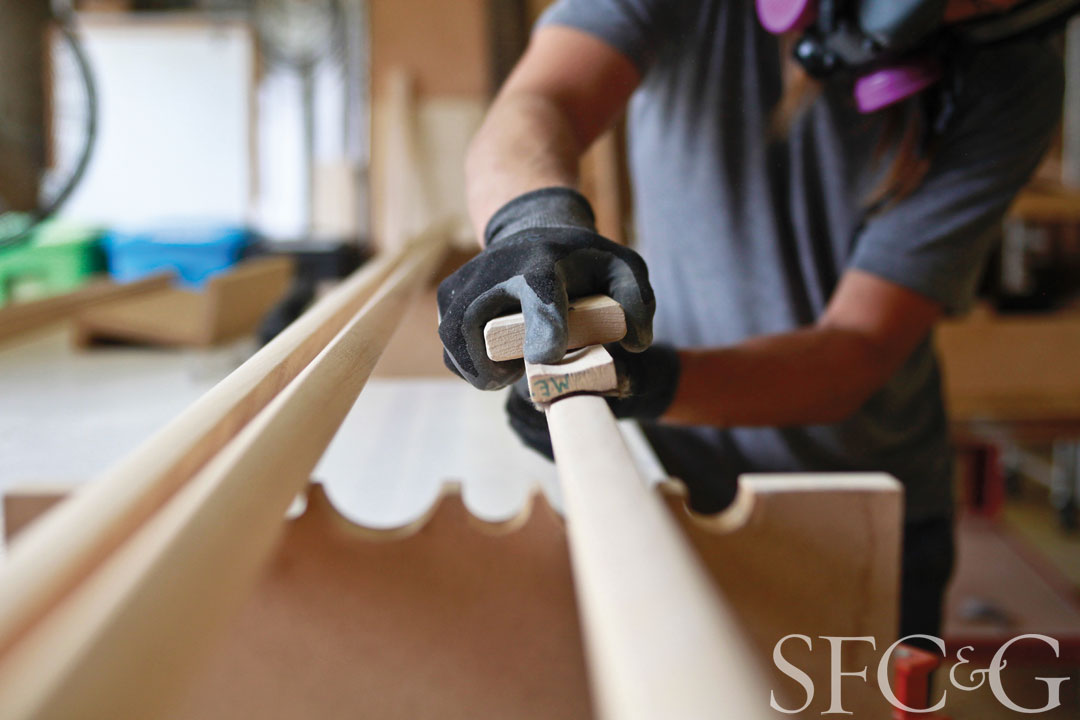 While the most obvious aspect of Fyrn’s system is its beauty, Broughton’s motivation is values, not just aesthetics. He wants to be able to produce furniture in the high-cost Bay Area while still making it affordable for a wider range of customers. “It’s really important to me that the manufacturing process stay in the Bay Area, without compromising quality or material.” 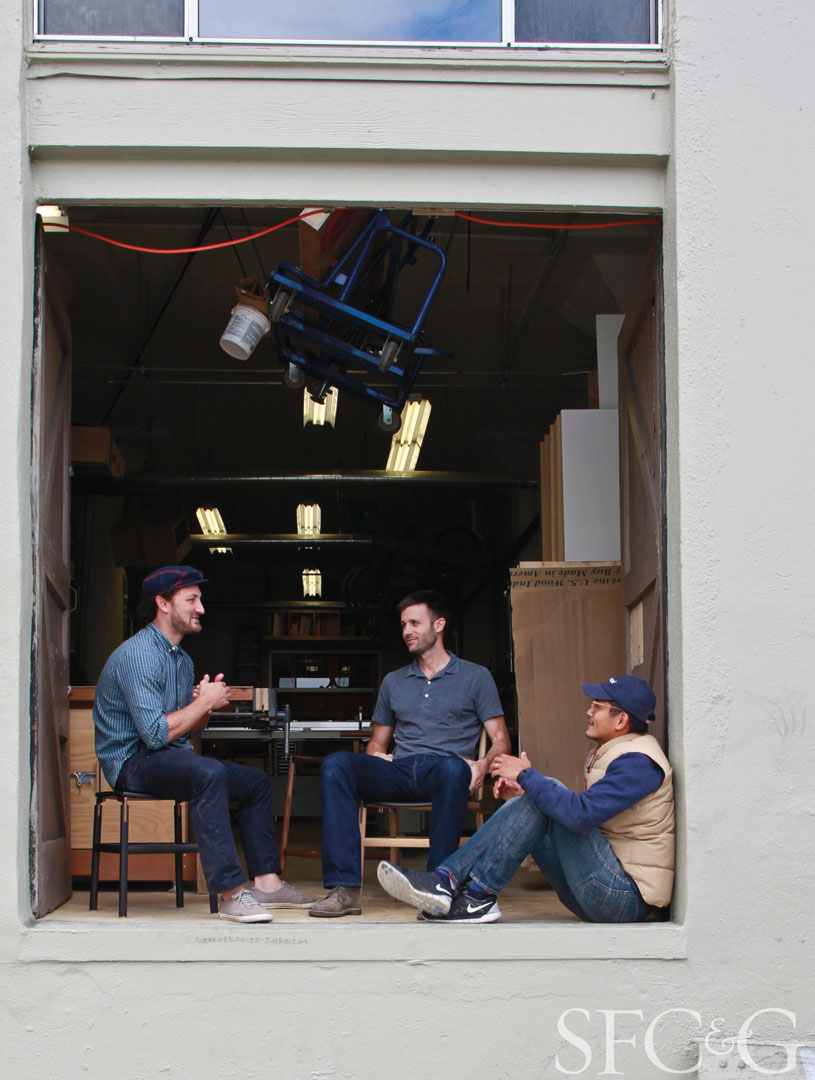 Over the course of the coming six to twelve months, Fyrn will release at least a dozen additional models of chairs and stools—all customizable—and plans to expand the line to include tables, sofas, bookcases and more.

So if you find yourself dining at Bellota, Stem, Shakewell, or hotly anticipated Potrero Hill eatery The Morris, you might turn your attention from tabletop to chair for a glimpse at a new take on epicurean elegance.

A version of this article appeared in the November/December 2016 issue of SFC&G (San Francisco Cottages & Gardens) with the headline: Front of House.