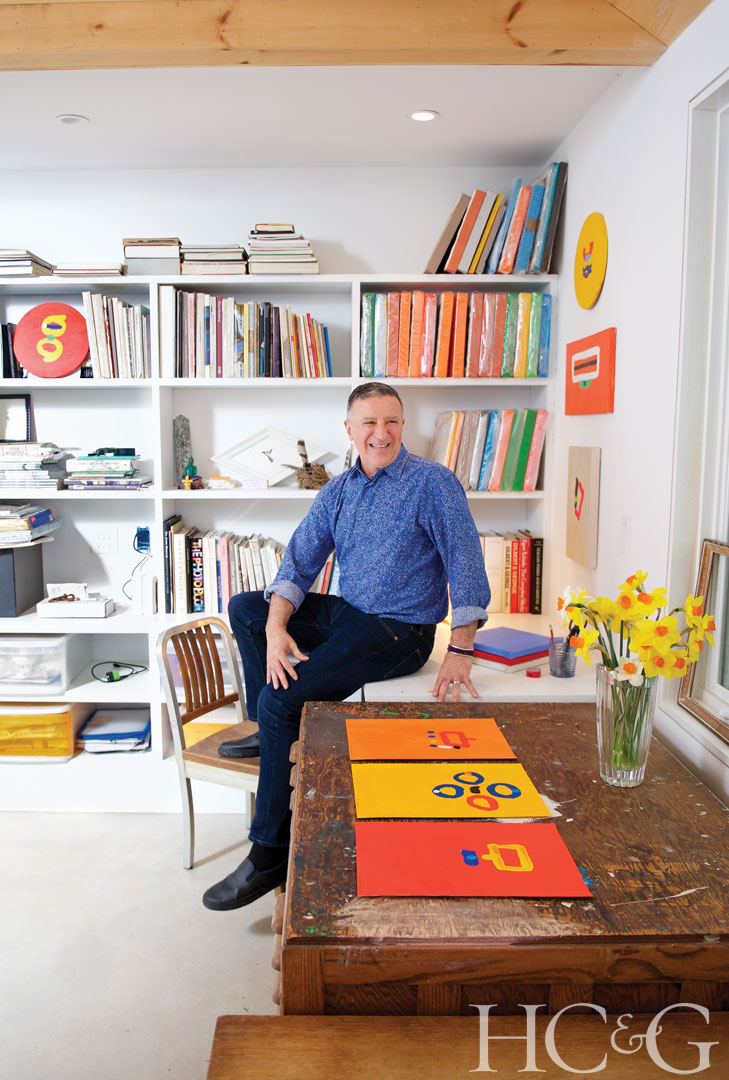 There’s much more to Bridgehampton-based artist Nicholas Howey than meets the eye. He may be quiet in nature, but when it comes to his paintings, he’s surprisingly daring, creating primitive-looking abstract works that are unreservedly complex and sophisticated. “At first, they seem like they’re all about color and simplicity,” Howey says of his post-minimal canvases, “but if you look closely, you’ll see that there’s also quite a bit of texture.”

The artist—who earned a B.A. from the University of Pittsburgh and an M.A. from New York University—elevates his vivid palette and basic shapes with mica- and iron oxide–rich acrylic paint. As a result of its silicate base, the paint appears to take on various hues. “The tiny mica microbes make the colors seem to change, depending on where you are in relation to the painting and how the light is hitting it,” explains Howey, gesturing toward the work on display in his 600-square-foot studio, a converted garage located on the property that he shares with his husband, antiques dealer Gerard Widdershoven. 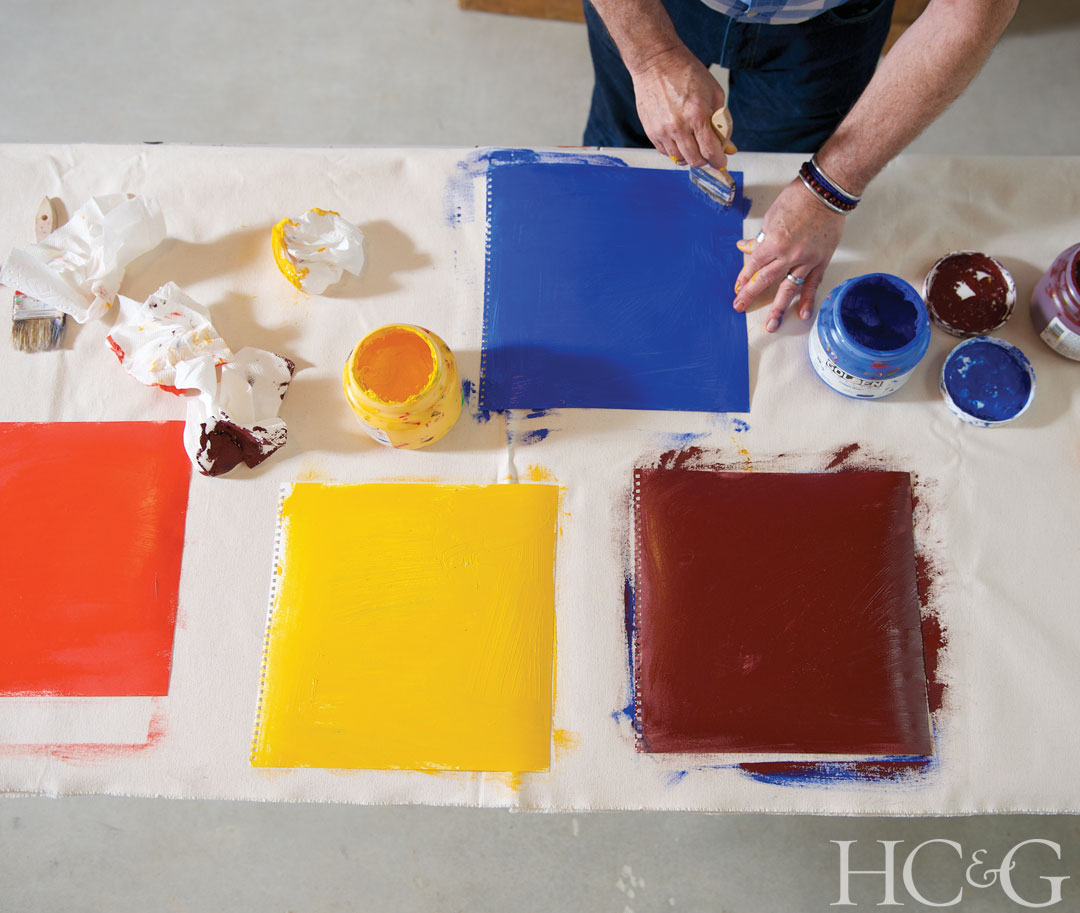 Working on canvas stretched on wooden frames, Howey takes his time as he primes each piece with two coats of gesso—a binding white paint consisting of chalk and gypsum—to ensure that it will properly absorb the pigmented acrylic. Once the gesso dries, he works quickly, usually on several pieces at once, applying a background acrylic color to each with a cloth. Then he uses his bare hands to create amoebic forms in other colors that strike his fancy. “Brushes are a lot less messy,” he says, laughing as he looks around his nevertheless spotless studio. “But the hands are so much quicker.”

A version of this article appeared in the July 1, 2016 issue of HC&G (Hamptons Cottages & Gardens) with the headline: Bold Strokes.