Get to Know Ceramist Yuko Nishikawa 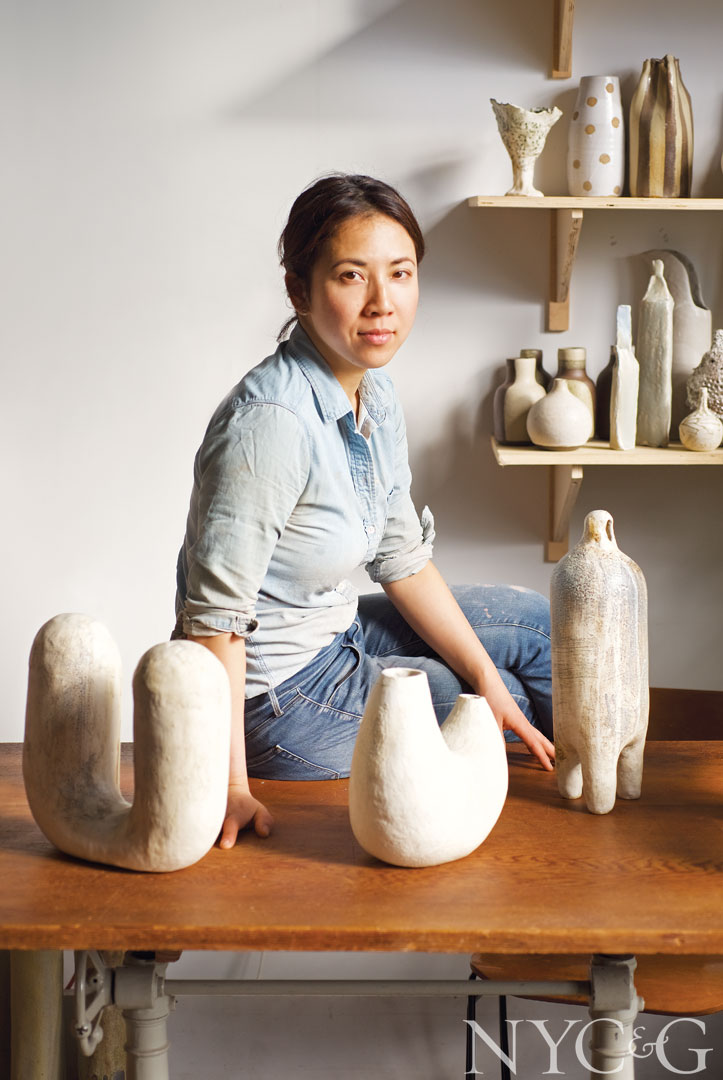 With a new year comes new beginnings. Such is the case for Yuko Nishikawa, who left her post as a lighting and furniture designer for Donghia at the end of 2016 to immerse herself full-time in ceramics. “I was fearful of the unknown, but also excited for the future,” says Nishikawa, whose most recent work, a collection of amorphous stoneware vessels and objets d’art, is “about expressing my feelings and documenting the events in my life.”

Nishikawa is not exactly new to her craft, having taken pottery classes with her grandmother as a child in her native Japan. “It has always been my instinct to make anything I needed,” says the artisan, who at a young age would craft bowls for rice and noodles and sew her own clothes. “So when it came time to choose a career path, I knew that I wanted to do something creative.”

After moving to New York in 1996, Nishikawa pursued her interest in architecture and decorating and enrolled at FIT, from which she earned an interior design degree, then spent several years in related fields before landing the position at Donghia, where she remained for nearly a decade. In her spare time, she took classes in wood- and metalworking, as well as ceramics, rekindling her early passion for the craft. “There’s a more direct connection with clay than with other materials,” Nishikawa explains. “If you pinch it, you’ll leave your fingerprint. It takes the form of your hand.” Design-focused retailers took notice of her work, and by 2014, Calvin Klein Home and Steven Alan were selling her pieces. 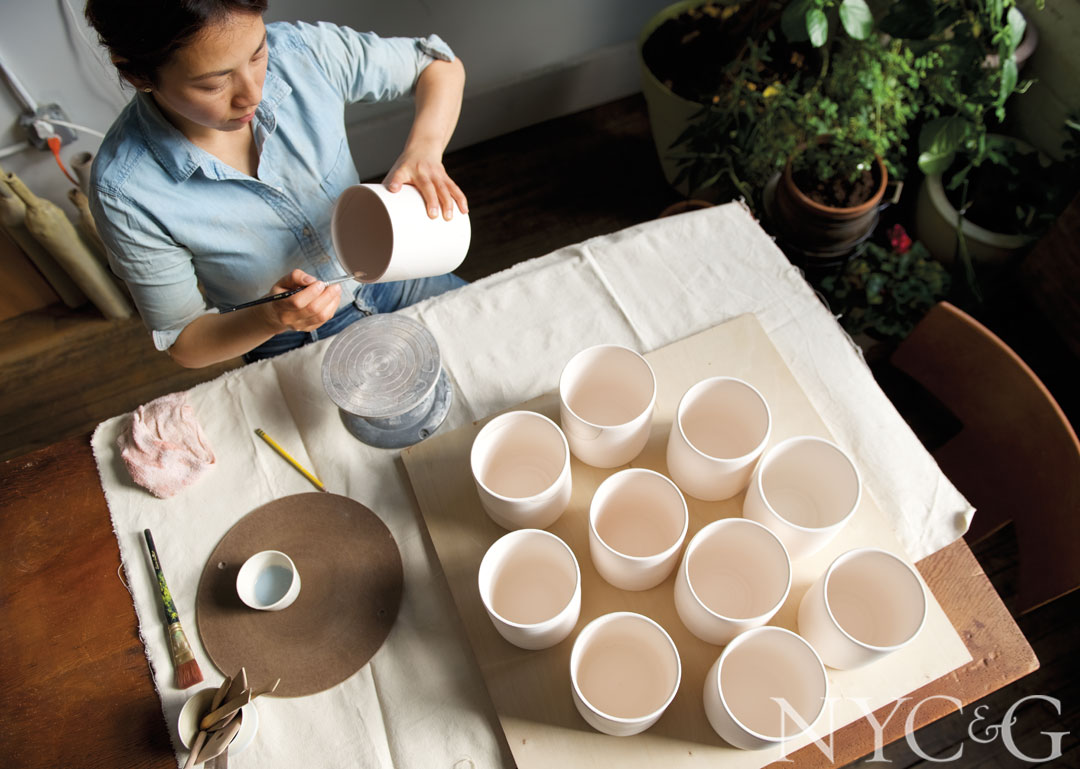 Nishikawa makes her ceramics, which include both refined wheel-thrown tableware and more abstract objects, in a communal studio in East Williamsburg. Of particular note is a striking collection that pays homage to Italian artist Giorgio Morandi’s still-life bottle paintings. She begins each asymmetrical, vessel-like sculpture by feeding clay through a slab roller, leaving her with a flat sheet that she then cuts down to size. Next, she lays the cut portion lengthwise on a rolling pin for 20 to 30 minutes—enough time for the material to become firm, but still malleable—to create a curve that will ultimately help form the container’s roughly cylindrical shape. Nishikawa then adheres both edges together with slip, a liquefied clay, often leaving the seam visible. Using leftover clay from the original slab, she cuts out pieces for the circular base and the slender top—the latter of which she manipulates to resemble an upside-down funnel—affixing them to the cylinder with more slip. The vessel then sits for three to four days before undergoing a bisque firing, after which it is glazed and fired for a second time. She finishes it off by sanding only the bottom, choosing to leave the clay’s natural imperfections evident elsewhere. “There’s always a strong idea and deeper meaning behind each piece I make,” Nishikawa says. “They’re not just beautiful objects.”

A version of this article appeared in the March 2017 issue of NYC&G (New York Cottages & Gardens) with the headline: Shape Shifter.