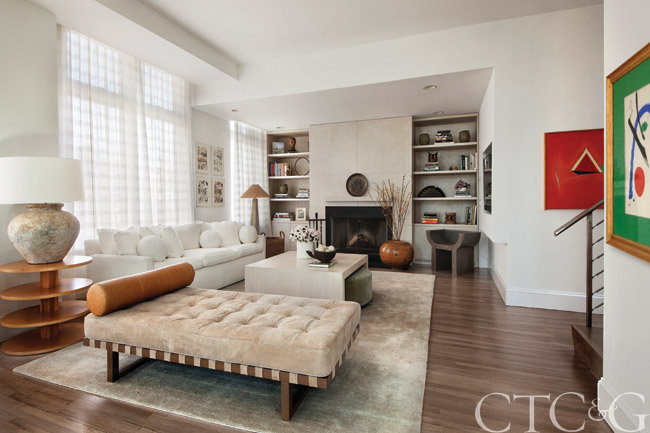 WHO: Though just 31, Samuel Amoia is practically an industry veteran. At the tender age of 15, he fell in love with hospitality design while working as a doorman at the Delano hotel in Miami, and later went on to learn more in subsequent positions with hoteliers André Balazs and Ian Schrager in New York. But it was a stint with decorator Stephen Sills that convinced Amoia to make the jump to a career in interior design. “Stephen really took me under his wing,” he says. “He gave me the training, skills, and hands-on experience I needed.” 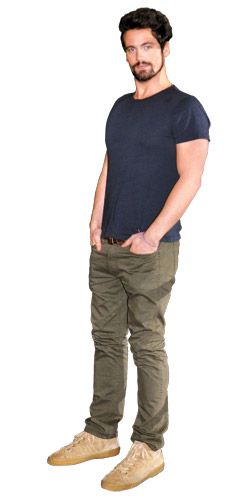 WHAT: Amoia is careful not to pigeonhole himself. “I definitely don’t have a signature ‘look,’” he says. “If anything, you could describe my work as ‘under-designed design.’” Like an artist—Amoia painted as a child—he embraces texture and tonality most. “I’m constantly looking at the surfaces of things.”

WHERE: A passion for travel keeps Amoia’s perspective fresh (he once spent a year as the “lounge consultant” at the Algodon Mansion and Wine Estate in Argentina). Locally, he calls the gallery district of Chelsea home; he also maintains an office in Miami.

WHEN: His year-old firm, Samuel Amoia Associates, already has a bevy of projects in the works, including a penthouse at the 1 Hotel & Homes in South Beach and a loft on lower Fifth Avenue in Manhattan, among others. Next month, he’ll be launching AM|MA Studio, a line of sculptural furniture designed in collaboration with artist Fernando Mastrangelo. The pieces are crafted wholly from natural materials, such as a coffee table made from coffee grounds and a bar made out of sand.

WHY: “I see every client as a blank canvas or empty page,” Amoia says. “It’s my job to understand who they are and give them the best vision possible.” 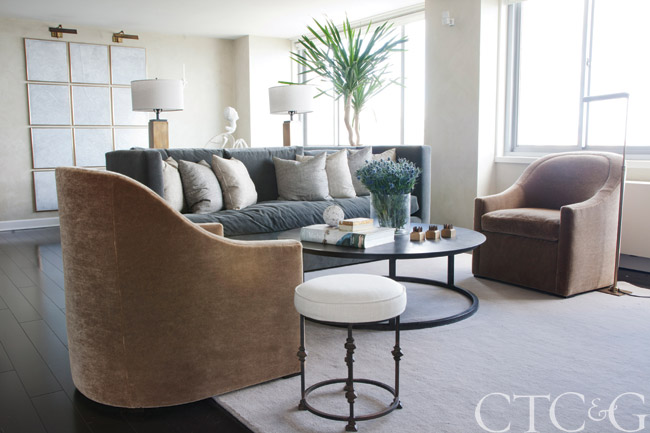 A version of this article appeared in the April 2014 issue of New York Cottages & Gardens with the headline: Samuel Amoia.

This article appears in the April 2014 issue of NYC&G (New York Cottages & Gardens).