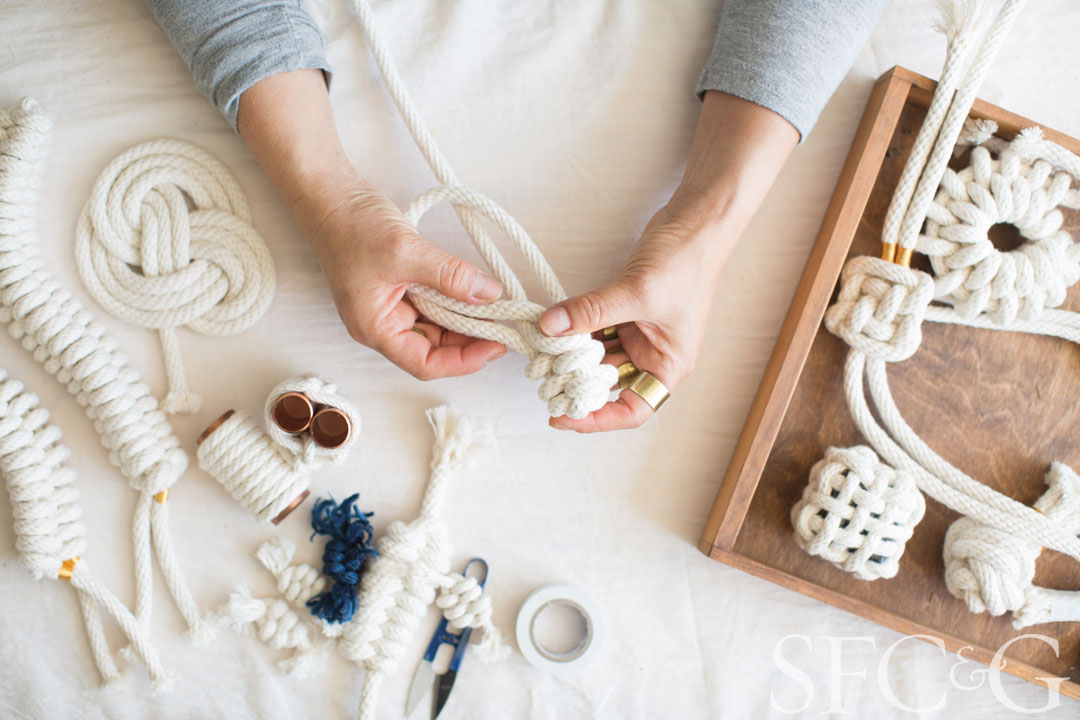 After 14 years as founder and owner of Valencia Street’s legendary Aquarius Records, and a career at Apple helping to build iTunes and the App Store, in 2015 Windy Chien embarked on an artistic practice to reconnect with her own creative identity. Her primary medium? Rope, a fitting material for a creative who interweaves multiple realms. Working from her studio in the Archery, a new maker community in the Mission, Chien now engages in a practice that ranges from product design—including lighting and tableware—to large-scale installations.

Chien works primarily in white and black (with occasional touches of gold, courtesy of vintage 24-carat Japanese kimono thread). With this achromatic cotton rope, she creates sculptural installations that shape and enliven space, evoking motifs ancient and modern, mystical and mechanical, Californian and global. “Rope can harmonize into knots or can tangle into a mess,” observes Chien. “It has infinite potential when it is unknotted, and it can transform from one knot to another, infinitely.” 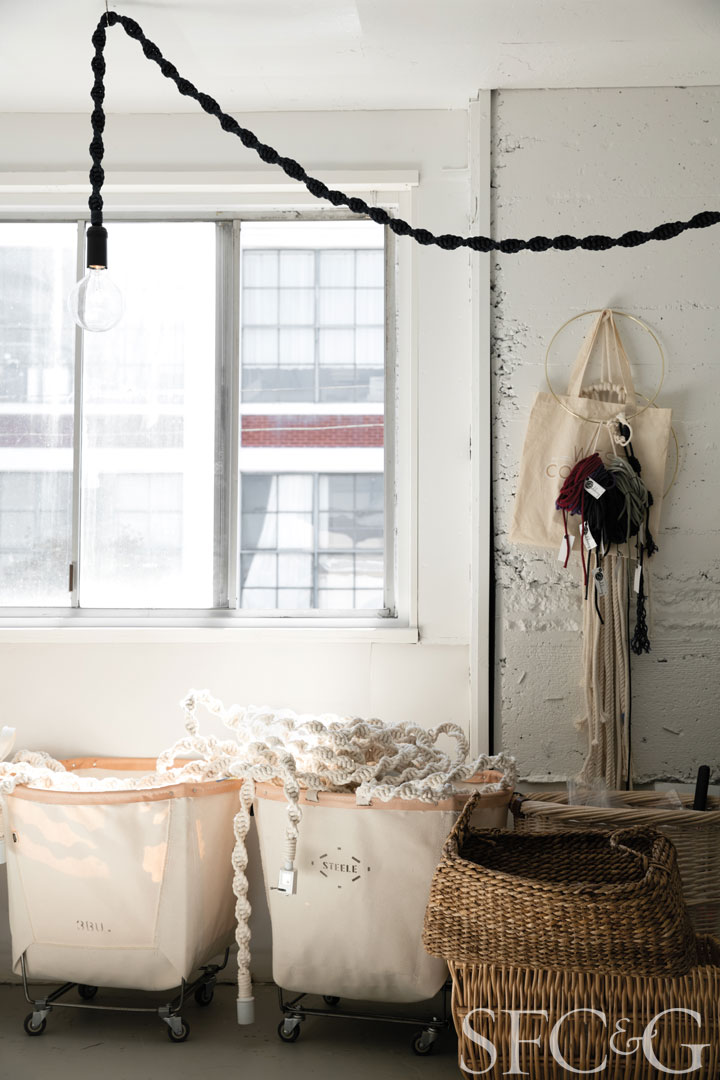 At the core of Chien’s work is the ancient, humble knot. To explore its rich history and myriad forms, in 2016 Chien embarked on a Year of Knots (documented on Instagram at #YearofKnots), an effort that has taken over two walls in her studio. Each knot has the graphical and tactile power to stand on its own, but taken as an installation, it invites the viewer to meditate on both the simple and complex. “When I set out to make a knot every day in 2016, I was going after expertise and understanding. I had no idea that the way I store the finished work (each goes up on a wall among the others) would hold together so well,” observes Chien. “When I see them grouped together, it becomes clear that each new knot is like learning another letter in an alphabet, and together the letters form words, even sentences. My work is developing its language.” 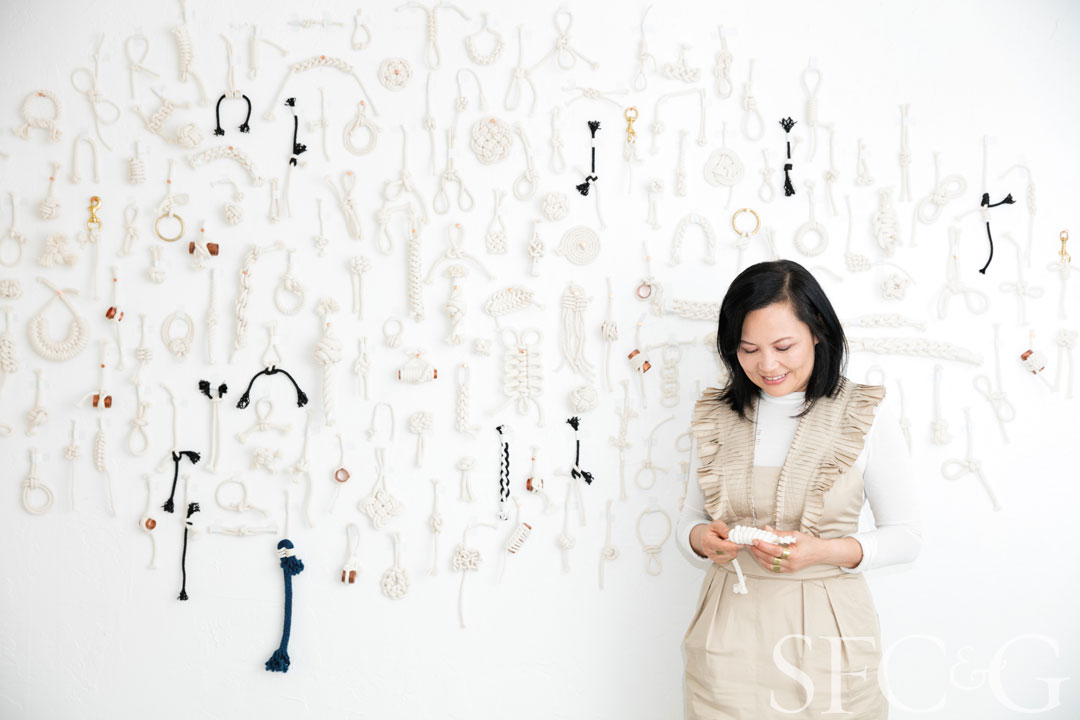 Chien continues to interconnect with the Bay Area creative community in multiple ways. Among other things, she’s collaborating with of-the-moment shoe company Bryr on a sandal with custom rope laces and teaches a popular wood-spoon carving class. She clearly revels in the diversity of her practice. “I’ve spent my previous careers supporting the work of other artists. But now, to be driven each day by my own muse­—to learn intimately about materials and how they behave­—is a deep pleasure, and for the first time, it’s all mine.”

A version of this article appeared in the October 2016 issue of SFC&G (San Francisco Cottages & Gardens) with the headline: The Winding Road.