Gigi Hadid, Julia Roberts, and Ricky Martin Are All Saying Good-Bye to Their New York Properties 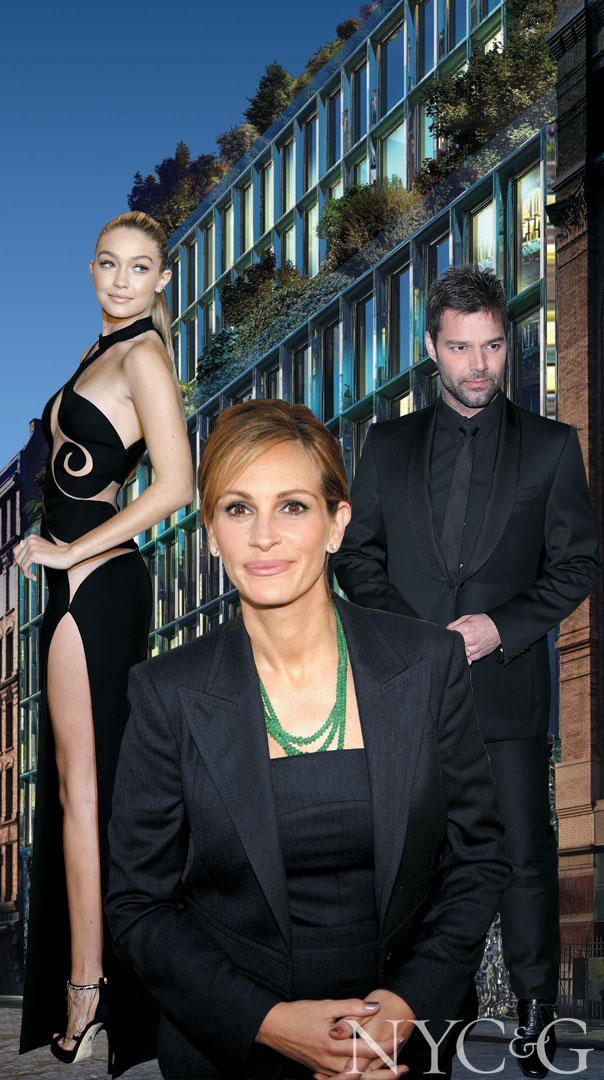 Scores of celebs are unloading property in New York these days—with varying degrees of success. After two years on the market, Ricky Martin’s three-bedroom condo at developer Ian Schrager’s star magnet, 40 Bond Street, has finally sold, for $7.55 million. And Candace Bushnell, author of Sex and the City, has found the One . . . to buy her co-op at 45 East 9th Street, a building that’s also home to actor Chris Noth, a.k.a. Mr. Big. The 1,200-square-foot one-bedroom features a sunken great room with south-facing arched windows and built-ins (including a cosmo-friendly minibar and fridge). First offered in 2012 for $3 million, it was relisted for $2.645 million with Corcoran Group Real Estate's Chris Kann and almost immediately swept off its feet. Julia Roberts has good reason to be flashing that radiant smile of hers after speedily selling her 2,000-square-foot, three-bedroom penthouse with a wood-burning fireplace and a terrace at 45 East 10th Street. Listed for $4.5 million, the property went into contract after only 16 days on the market. And just one year after purchasing a $1.92 million condo at 250 Bowery, model Gigi Hadid is beating a hasty retreat, perhaps because an alleged stalker has made repeated attempts to enter the building, even succeeding once. Her 935-square-foot two-bedroom, boasting a spa bathroom with an extra-deep Zuma soaking tub, has been listed for $2.45 million with Fredrik Eklund and John Gomes of Douglas Elliman Real Estate.

A version of this article appeared in the October 2015 issue of New York Cottages & Gardens with the headline: Good-Bye To All That.