Global Designs and Designers to Explore 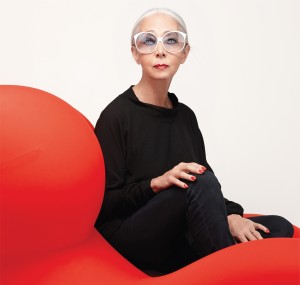 PLASTIC FANTASTIC
Milanese gallerist Rossana Orlandi is presenting the second edition of the Ro Plastic Prize, awarded to cutting-edge design and conservation projects that challenge our notions about how objects are made, while saving the earth at the same time. Part of Orlandi’s GuiltlessPlastic initiative, the global competition spans five categories, from industrial design to packaging solutions to innovative textiles, with an awards ceremony for the five 2020 winners to be held during Milan Design Week in April. “Contributing to the elimination of plastic waste is more than a passion,” says Orlandi. “It’s a moral duty.” Right: The 2019 home textiles winner, designed by Cairo-based Reform Studio. For more information go to guiltlessplastic.com.

On the heels of the Bauhaus movement’s centenary, New York City–based textile and wall covering company Designtex is highlighting the contributions of two prominent circa-1920s designers with the introduction of the Bauhaus Project. Adapted from original works by Gunta Stölzl and Anni Albers, who played a significant role in the development of the Bauhaus’s weaving program in the early-20th century, the collections comprise eight textiles and eight wall coverings.
200 Varick St., 8th fl., NYC, 212-886-8100, designtex.com.

A print version of this article appeared with the headline: Shop Talk

4 Design Forces on the Rise