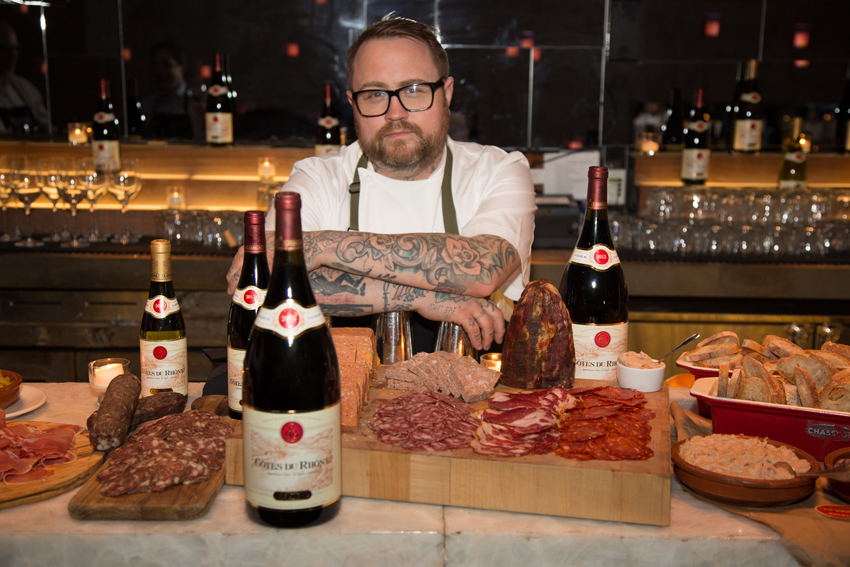 The Charmed Match:  Charcuterie and Côtes du Rhône Wines
Sometimes wine events can turn into unexpected theater. A class on how to prepare classic French charcuterie with famous chef Jamie Bissonnette became an eye-popping demonstration of sharp-knifed, high speed chopping. Undoubtedly the expert with sharp knives, Bissonnette just released The New Charcuterie Cookbook: Exceptional Cured Meats to Make and Serve at Home. Some journalists donned aprons and got down and dirty chopping the saucisson sec along with the tattooed chef.  But others, like me, just happily watched while sipping E. Guigal Côtes du Rhône wines. Surprisingly, Guigal Côtes du Rhône Blanc, made with Viognier, Marsanne and Roussanne, worked better than the red with the charcuterie. With its fragrant citrus and floral aromas, flavors of honeysuckle, pear and kiwi and bright acidity, the Blanc cut through the richness and complemented the flavors of the saucissons. But some of the group gravitated to the Guigal’s Côtes du Rhone Rouge, a rich Syrah blend with cuvées from over 40 top growers which possessed dark fruit, black olive and earthy notes.

Angel’s Envy is the Envy of the Bourbon World
From time to time a real spirits master creates a new spirits brand. The late Lincoln Henderson’s last act after creating the iconic Woodford Reserve and Gentleman Jack while under the Brown-Foreman umbrella, went on to create his own expression, Angel’s Envy Kentucky Straight Bourbon. The bourbon is finished in port barrels giving it a distinctive taste and richness.

The Louisville-based Angel’s Envy Distillery broke ground just before Henderson’s passing in 2013 and the Henderson family continues on with the much celebrated brand, which earned unbelievably high scores from the get-go. Wes Henderson, the co-founder of Angel’s Envy, was in town to present Angel Envy’s 2017 Cask Strength Bourbon (124.6 proof with only 8,000 bottles). My biggest discovery, though, was the rye, which was finished in rum barrels.  Angel’s Envy Rye 2017 is a spicy, earthy, slightly sweet creation with caramel, citrus and hazelnut notes.

The Newest Literary Salon
On Saturdays at Rotisserie Georgette, located at 60th Street off of Fifth Avenue, a very special salon takes place.  Top authors with recently published wine or dine books speak over lunch. I’ve attended the last two salons which also feature Georgette’s scrumptious French bistro cuisine including Faroe Island Salmon rillettes, whole roasted farm chicken and tarte tartin with crème fraiche for dessert. Top wines—Champagne Heidsieck, Chapoutier’s Cotes du-Rhone—are always served.  Usually, Georgette asked two authors for each of salon. Mark Oldman (How to Drink Like a Billionaire) teamed up with Peter Hellman of Vino Duplicitas: The Rise and Fall of a Wine Forger. Peter gave a riveting talk on forger Rudy Kurniawan and how he counterfeited and sold millions of dollars’ worth of top wines like Domaine de la Romanée-Conti 1945, DRC La Tâche 1962 and 1947 Chateau Lafleur—wines that Mark’s billionaires would drink. The next salon teamed up two vivacious women who had books with very long titles:  Bianca Bosker, author of the memoir, Cork Dork: A Wine-Fueled Adventure Among Obsessive Sommeliers, Big Bottle Hunters and Rogue Scientists Who Taught Me to Live for Taste and Karen Page with her just released Kitchen Creativity: Unlocking Culinary Genius—With Wisdom, Inspiration, and Ideas from the World’s Most Creative Chefs. 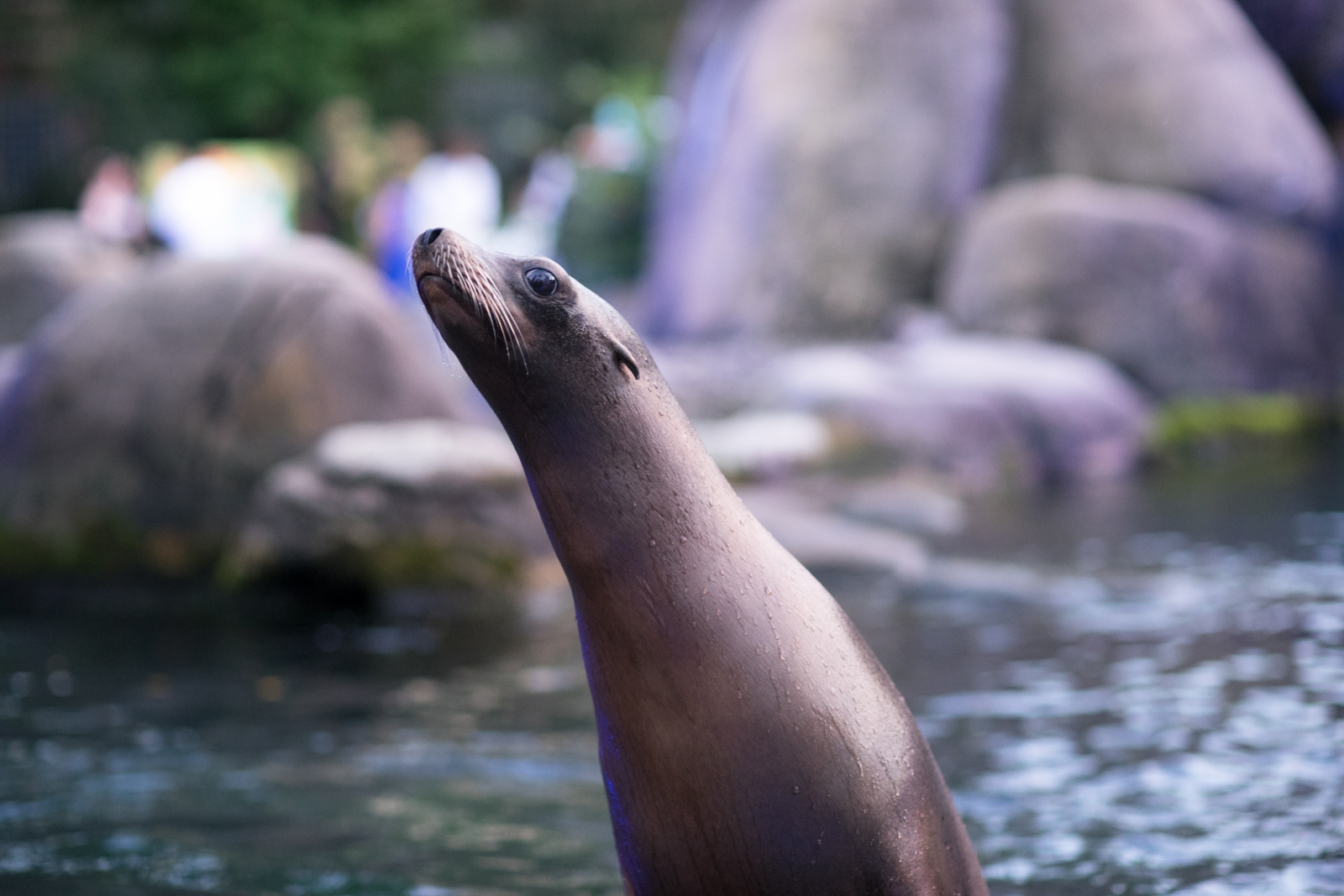 Sip for the Sea at Central Park Zoo
You have to love events which start off with a demonstration of fish being fed to sea lions. That was the kick-off of the 5th annual Wildlife Conservation Society’s “Sip for the Sea,” held at the Central Park Zoo, to benefit the New York Aquarium. The sip refers to both the wine, sponsored by Bonterra Organic Vineyards, and the sustainable seafood dishes prepared by 23 chefs to highlight “sustainable” sea life.  Luke’s Lobster, Crave Fishbar, Pier A Harbor House, The Tuck Room, and L&W Oyster Company all had healthy demand for their small plates. Hailing from Mendocino County, Bonterra Organic Vineyards was the inspired choice for this charity event because Bonterra practices good earth policies by farming organically and biodynamically and this event was all about preserving the longevity of healthy ocean ecosystems around the world.  Bonterra Sauvignon Blanc, a gooseberry-flavored tangy wine, worked remarkably well with the shellfish and the Chardonnay with the lobster. Drinking healthily for a good cause, I ended the evening with a nightcap of the appropriately named The Naked Turtle White Rum.

Keep on Drinking for a Good Cause
Simple Vodka, made from Russet potatoes and distilled in Idaho, is on a mission to end hunger in America. The new brand  has linked with national hunger relief organizations and donates 20 meals per bottle to the hungry in America.  The co-founders— Danny Lafuente (CEO) and Dan Maslow (President)—have a credo: Partying with a Purpose. It’s a credo and charitable brand I can embrace—besides, this potato vodka is creamy textured and tasty.

The Italians Are Coming Bringing the Best White Wines
Truth be told:  I am more of a white wine enthusiast than red, especially when it comes to aperitif wines. Sure, reds stand up to meals but it takes a lovely nuanced white to sip by itself and be enthralled. Well, Ilaria Petitto, daughter of the founder of Donnachiara winery, came to town bringing intriguing whites from the Campania region in southwest Italy.  I sipped her Fiano di Avellino DOCG and was mesmerized with its vivid flavors, bright fruit dominated by citrus. I tasted two more flavorful whites: Greco di Tufo and Aglianico. Donnachiara have been critically acclaimed by critics for years but it was my first exposure to these whites of Campania. And since Fiano di Avellino is affordable (under $20), I plan to make it my new house white.

Ravenswood Zinfandel: Not just for Halloween
Every holiday has its wine pairing: New Year’s Eve naturally claims bubbly; Valentine’s Day calls for rosé; and Thanksgiving, for Francophiles (like me) it’s Beaujolais Nouveau, which conveniently is launched each year on the 19th in time for the third Thursday in November. Zinfandel got pegged with Halloween maybe because its color is inky black and because the most renowned producer, Ravenswood, happens to be appropriately named.

Ravenswood orchestrated an event for its 2014 vintage to prove how well Zinfandel matches many occasions. Journalists were treated to a moveable feast where we progressed from room to room in a West Village townhouse, each room featuring a different holiday with tables elaborately set accordingly. Starting in the garden; we sipped Besieged, Ravenswood’s label picturing swarming ravens. From there, we moved on to Thanksgiving with turkey meatball appetizers paired with a Ravenswood Lodi Old Vine Zinfandel. Old vines bring out richness and complexity.

We broached winter holidays with Ravenswood Big River Zinfandel match up with Hanukkah’s traditional braised brisket with potato latkes and proceeded to Christmas with crown rack of lamb combined with Ravenswood Belloni Zinfandel, an intriguing smoky and spicy wine made from old vines in the Russian River Valley. And we toasted the New Year with the single vineyard Ravenswood Teldeschi Zinfandel, an exciting cuvee with wild berry, coffee anise and dark chocolate aromas. Not only did it pair well with the seared duck breasts but it also gave me a renewed respect for the variety’s many personalities.

The nearly 17,500-square-foot home is also the highest residence in the world, the largest condo for sale in New York City, and more.

"It feels like Bel Air in the Hamptons," shares listing agent Ed Petrie.

Light, bright, and full of pretty patterns, this Manhattan home newly for sale could become a best seller. 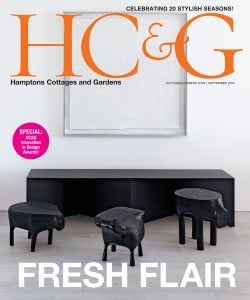 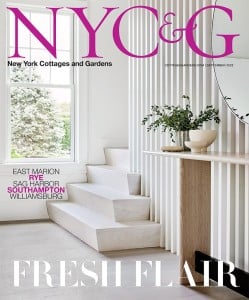