Gorgeous Gardens at this Weston Home All Year Round

This landscape designer's garden is always in bloom. 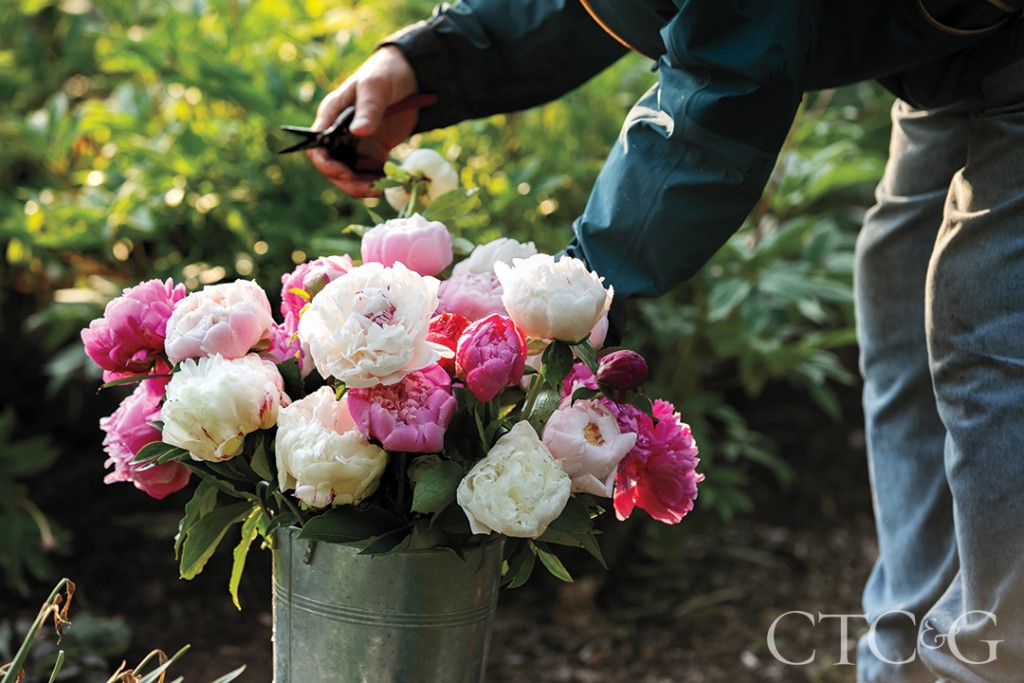 Should you be strolling through Weston in May or June, you might be handed a bouquet of peonies. Walk into the post office, bank or town hall and you’ll likely find aluminum buckets filled with the pastel-hued flower. While exercising your pet at the nearby Westport dog park, you might be presented with a few stems, too. The person giving away these pink, purple, white and red blossoms is Brad French. On the three acres around his 1793 farmhouse—which he shares with his wife and two golden retrievers—French grows some 40–50 varieties of peonies.

“I wind up cutting and giving away every single bloom I grow,” says French, “probably up to 2,500 stems. They’re just the best flower there is. Giving them away makes for wonderful karma. They make people happy.”

French has owned and operated Yankee Landscaping for 40 years (the company name was inspired by his seeing Reggie Jackson hit three homeruns for the New York Yankees in the 1977 World Series). In French’s work in the region, he has designed and cultivated some of the most prominent residential gardens in Fairfield County. So colorful and cultivated is his personal garden that it was included on the 2018 CTC&G–supported Hidden Garden Tour, proceeds from which benefitted the Westport Historical Society. 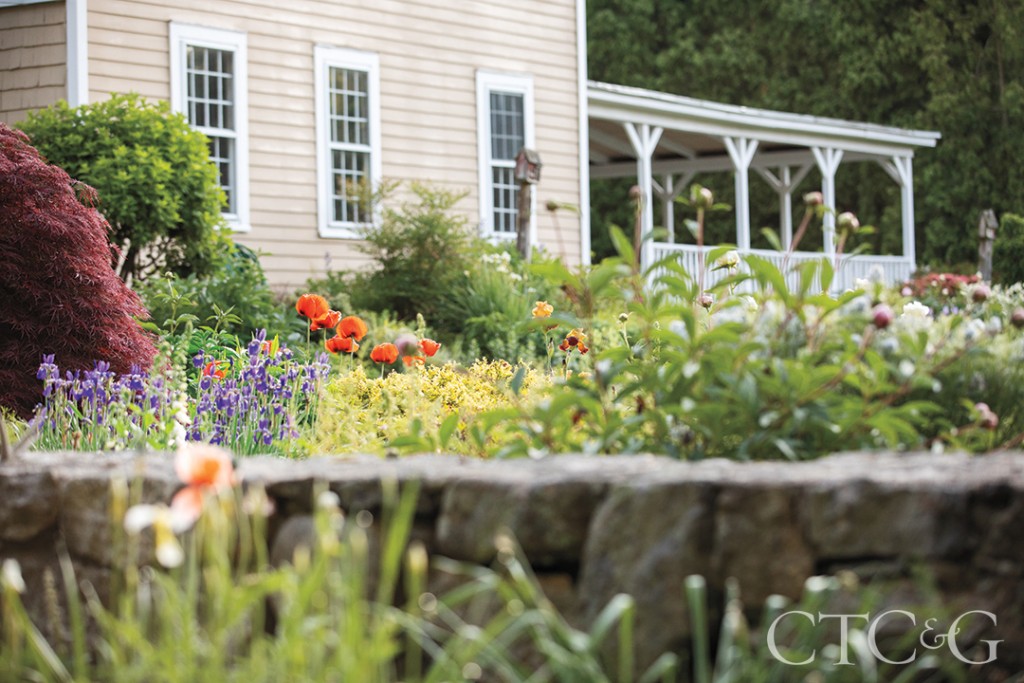 When he and his wife bought their house 30 years ago, the land was overgrown with trees. “I know this sounds brutal, but I took down about 200 sugar maples, evergreens and hemlocks to clear the land for sunlight to grow flowers,” he says. Just as his beds of peonies now flourish, so, too, do a spectrum of medium-size ornamental trees. “Trees set off gardens,” French explains, “and most gardens require a focal point. I ensure that mine, essentially outdoor rooms, have focal points.”

In addition to the visual elements he’s introduced, there is also an audible one: birdsong. He’s positioned so many birdhouses on the property that whenever children come to visit, he has them embark on a search, akin to an Easter Egg hunt, to count up as many birdhouses as they can find. Unlike many gardeners, though, who fill feeders with seed, French lets the starlings, sparrows, robins and finches feast off berry trees. “They’re welcome in the garden, but they have to work while they’re here.”

While he is among the region’s best garden experts, he claims that his expertise results from hands-on experience. “I’ve taken classes at the New York Botanical Garden, but it was through visiting places like Longwood and Chanticleer that I got my real education,” French notes.

His property features a variety of individual outdoor rooms—herb gardens, fragrant gardens surrounding a wraparound porch, and one composed of boxwoods framing his pool. Elsewhere, there is a pumpkin patch, as well as ornamental grasses. “Grasses provide movement with just a little breeze,” he says, “and that’s a nice feature to have in a garden.” To keep it visually engaging in all seasons, French has also planted lots of perennials—Black-eyed Susans, irises, poppies—that he refers to as the backbone of the landscape. 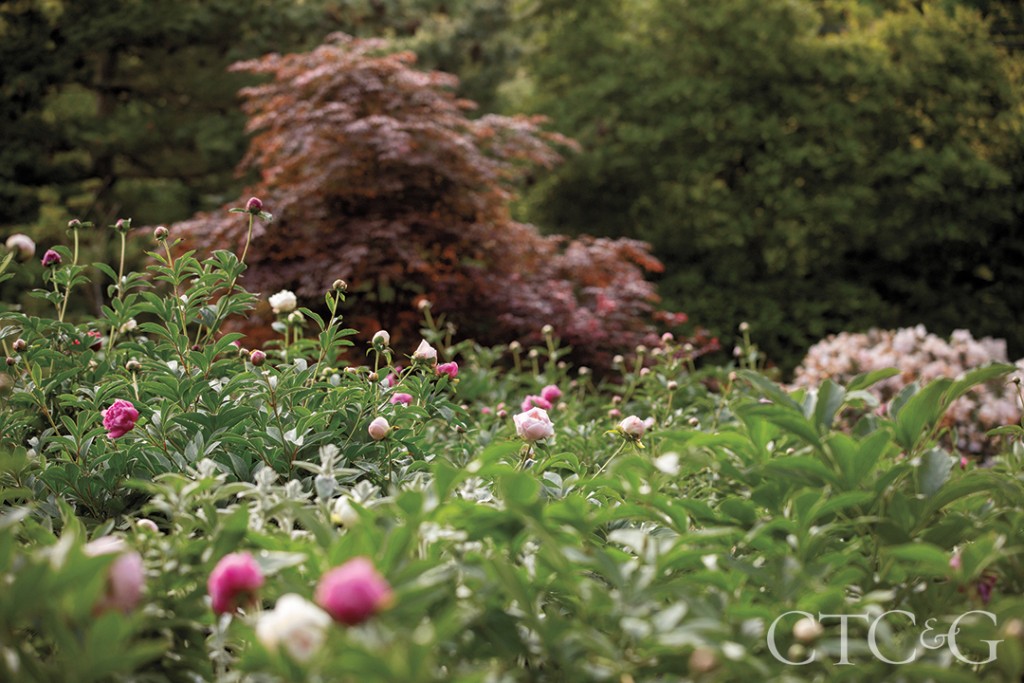 So much of his land is filled with flowers and trees that French admits: “I’m running out of things to do, so I’m now starting to work on the outer edges of my property. I don’t have more room for plantings, and I already have all of my favorite trees. Yet, my proudest moments are always when I bring clients on to my property and see and hear their reactions.”

The print version of this article appeared with the headline: A Man for All Seasons.

Why Privet Hedges Are All The Rage

The Best Grasses to Garden in New York