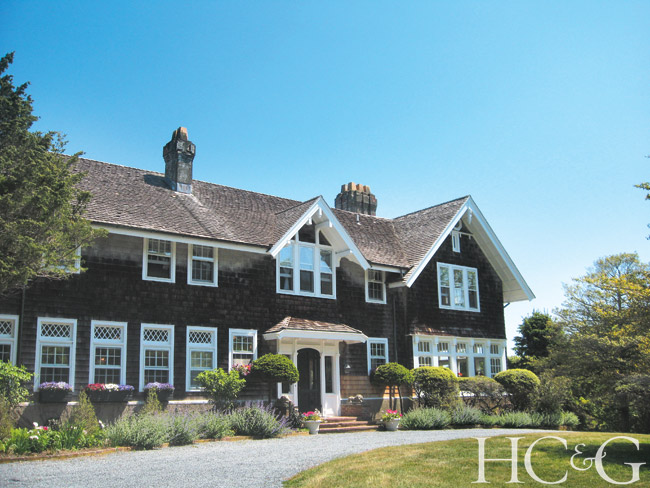 There’s a new name in town, and it’s not Stern, Stelle, or Skolnick. Grade Architecture + Interior Design, responsible for 100 Barclay Street, a luxury condominium building in Tribeca, is moving into the Hamptons spec house market. “We understand traditional values and also know that our clients live modern lifestyles, so we adjust accordingly,” says principal Thomas Hickey, who leads the firm with interior designer Edward Yedid. A little more than two years ago, Grade began collaborating with developer Jay Bialsky on 828 Sagg Main Street in Sagaponack (Grade designed the interiors), which sold last fall for close to its $22.5 million asking price. Hickey and Yedid have also been working with boutique firm Bespoke Real Estate on five other projects—three on Parsonage Lane in Sagaponack and two on Gin Lane in Southampton—with prices ranging from $22.995 million to $29.95 million.

In Westhampton Beach, the half-acre waterfront property at 126 Seafield Point, on the market for nearly $2 million with Douglas Elliman’s Enzo Morabito, includes plans for a 4,000-square-foot home by Manhattan-based architect Matthew Miller of StudioLabDesign. “The house will have gabled roofs and Shaker-style doors on the exterior,” says Miller, “while the interior will remain very open and embody a contemporary aesthetic.” Giving people “what they ask for” is the mantra of New York–based Form Architecture + Interiors, according to principal Brent Leonard. “We have a lighter take on the usual Hamptons spec house,” he says. “People have described our style as ‘warm modernism.’” The firm has completed seven Hamptons projects during the last two years and will have six private homes going into construction this fall in East Hampton and Amagansett.