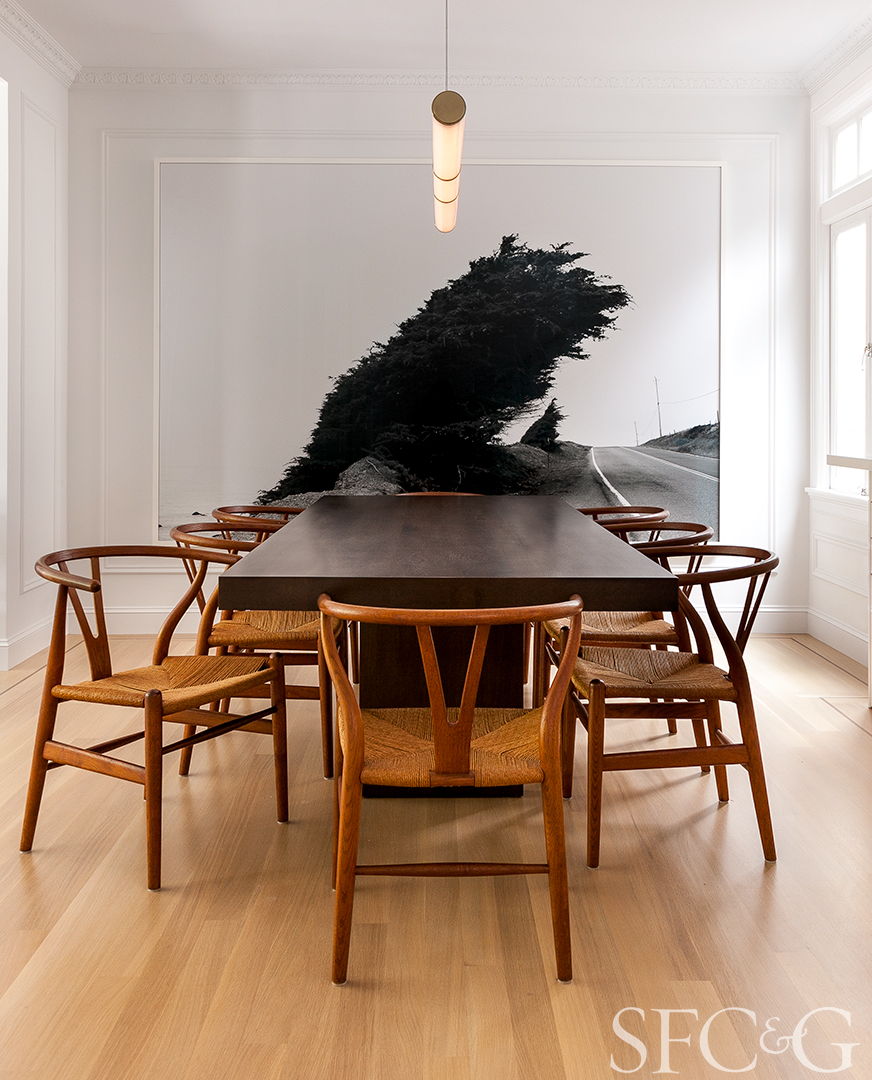 When interior designer Grant Gibson first took a meeting with the owner of an early 20th-century house in the heart of the city, he was given a blank canvas: The home was being completely rebuilt by San Francisco-based Apparatus Architecture, and the firm was taking it down to the studs to turn two separate units into one urbane, contemporary space. The homeowner commissioned Gibson to bring the interiors to life, personalizing it with both art and furniture. “The client made one thing clear from the outset: The aesthetic must be uncluttered, organized, streamlined,” says Gibson. “I immediately took to the clean aesthetic, but sought to add layers and textures to provide warmth.

Gibson was inspired by the home’s setting, where the fog regularly rolls in: Handsome grays and whites suffuse the space, unfolding in rugs, upholstery and accessories. The walls are washed in Benjamin Moore Super White, providing the perfect canvas for art and furniture. To create a carefully curated collection of furnishings, Gibson designed custom pieces and sourced vintage elements. “The level of quality he was looking for was amazing, and a great challenge for me,” he notes. “I sought to incorporate vintage pieces from around the world; the Paris flea market was an invaluable source for finding ’60s and ’70s selections.” Notable discoveries include Hans Wegner chairs in the dining room and a reupholstered Eames chair in the living room. Lighting was of particular interest, and he chose bold pieces ranging from an Urban Electric double arm pendant in a guest room to a geometric polished-nickel SHY light from the Future Perfect in the master bedroom. Gibson says, “The juxtaposition of the modern, sculptural lighting and the classical architecture was important to give the eye a bit of variety.” 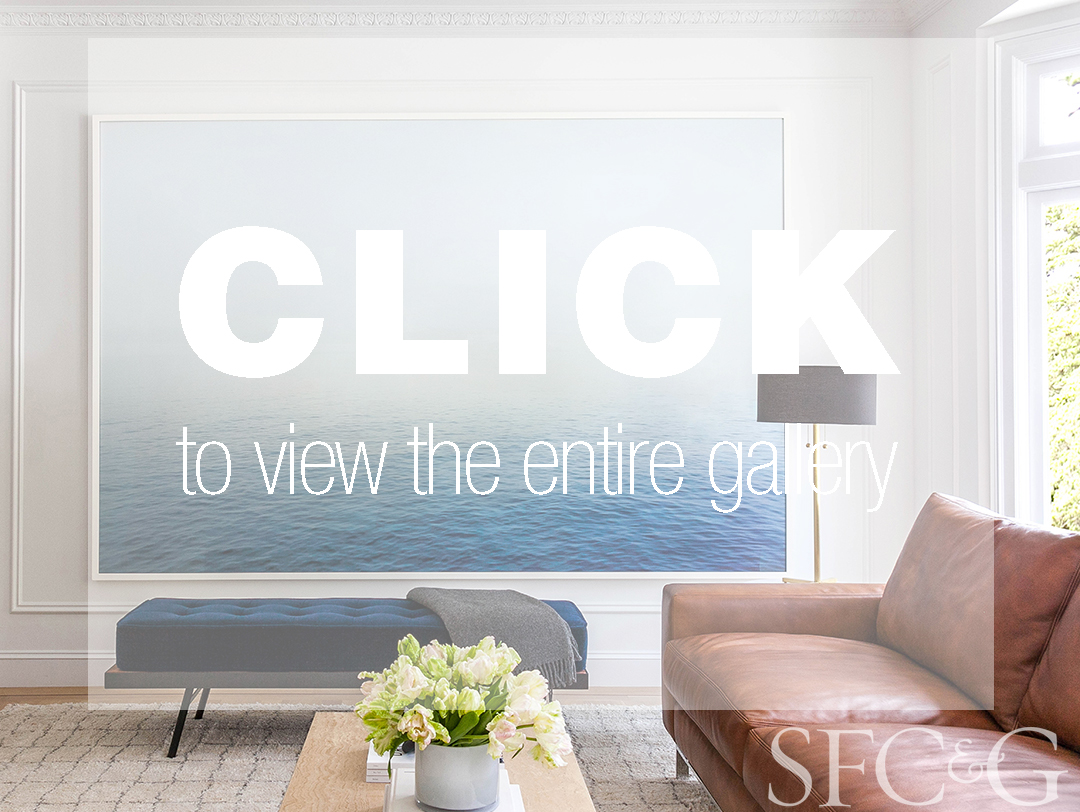 Gibson also partnered with the client to select the artwork for the home. “I’d never curated a personal collection like this for a client from scratch,” says Gibson. “It was such a thrill to layer art into the space and to think of it as a whole.” Gibson chose photography as the primary medium, and selected images inspired by the homeowner’s love of travel. In the living rooms hangs Peggy Wong’s atmospheric image of a Hong Kong body of water (10 feet by 6 feet); Emily Johnston’s massive photograph of Highway 1 (10 feet by 6 feet) hangs in the dining room and her image of an Icelandic road in the master bedroom; and a Jock McDonald image of LAX anchors in the kitchen. The designer also curated several paintings for the space, including an abstract Walter Kuhlman that now hangs above the fireplace in the living room, and a commissioned work from artist Brian Coleman in the master bedroom.

Gibson also lavished attention on the expansive outdoor space: The stunning top floor terrace was the first room completed. Now every morning, the owner takes his coffee there. “It’s a big part of his morning routine and was crucial for us to get right,” notes Gibson. He chose furnishings from Design Within Reach, and a heated concrete Galanter & Jones bench—a perfect perch from which to take in the spectacular city views.

Ultimately, designer and architect delivered a home that is both gallery and living space, as well as artfully adapted to the client’s lifestyle. “A New Yorker, he now divides his time between Manhattan and San Francisco,” says Gibson. “He didn’t intend for San Francisco to become his primary residence, but he now has an ideally tailored home.”

A version of this article appeared in the October 2017 issue of SFC&G (San Francisco Cottages & Gardens) with the headline: Photo Finish.