Joan of Arc. Hippocrates of Kos. Anne of Green Gables. To be a person of a place in this way seems an increasingly rare honor, diminishing as places grow less grand and their people less bound to them. But the opportunity to dub yourself “of Green Gables” has arisen in Woodside, California. An astonishing and iconic property known as Green Gables has hit the market asking a whopping $135 million. Despite its name, the Silicon Valley estate is not actually the setting of L.M. Montgomery’s beloved children’s novel. But, it conjures all of the literary and romantic grandeur that one would imagine with such a title.

Seven structures sit on the estate’s 74 acres, holding flora from giant redwoods to eucalyptus trees. Built in 1911 by Mortimer Fleishhacker, a banker who founded the Anglo California Bank and the Great Western Power Company, Green Gables was always meant to be a family compound. The matriarch, Bella Gerstle Fleishhacker, especially made sure that impeccable gardens dotted the land and relished in the property’s art studio. The couple’s vision for a family utopia has lasted for over a century and been further built out to be what it is today. Bloomberg reports now it is being listed by their descendants, 10 cousins who share ownership of the estate. 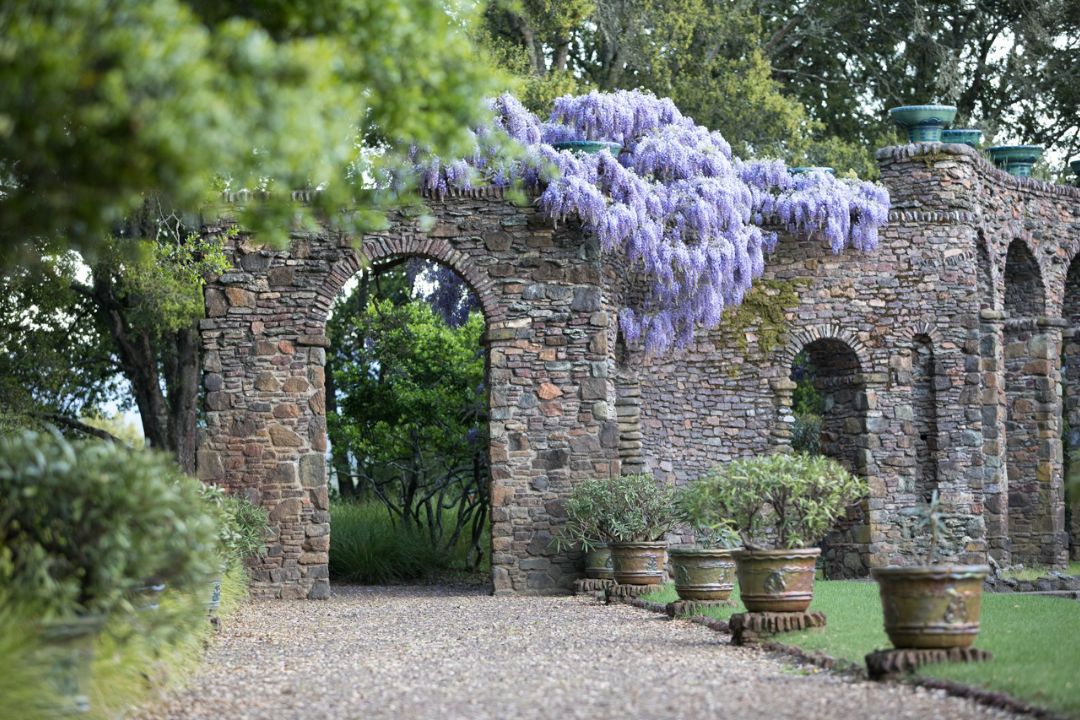 Though it has first and foremost been a family compound, Green Gables has hosted royalty as well as important politicians. In 1965, the United Nations even chose the estate as the site for its 20th-anniversary commemoration gala.

The historic main mansion, designed by architects Charles and Henry Greene, was inspired by English countryside manors. Pieces of furniture by the brothers, hand-carved with care, still sit in the game room surrounded by paneling that depicts the four corners of the world. Elsie de Wolfe also played a major part in the interiors, an acclaimed New York designer with clients like the Vanderbilts and the Duke and Duchess of Windsor. Three of the home’s bedrooms still hold her work today, meticulously preserved. 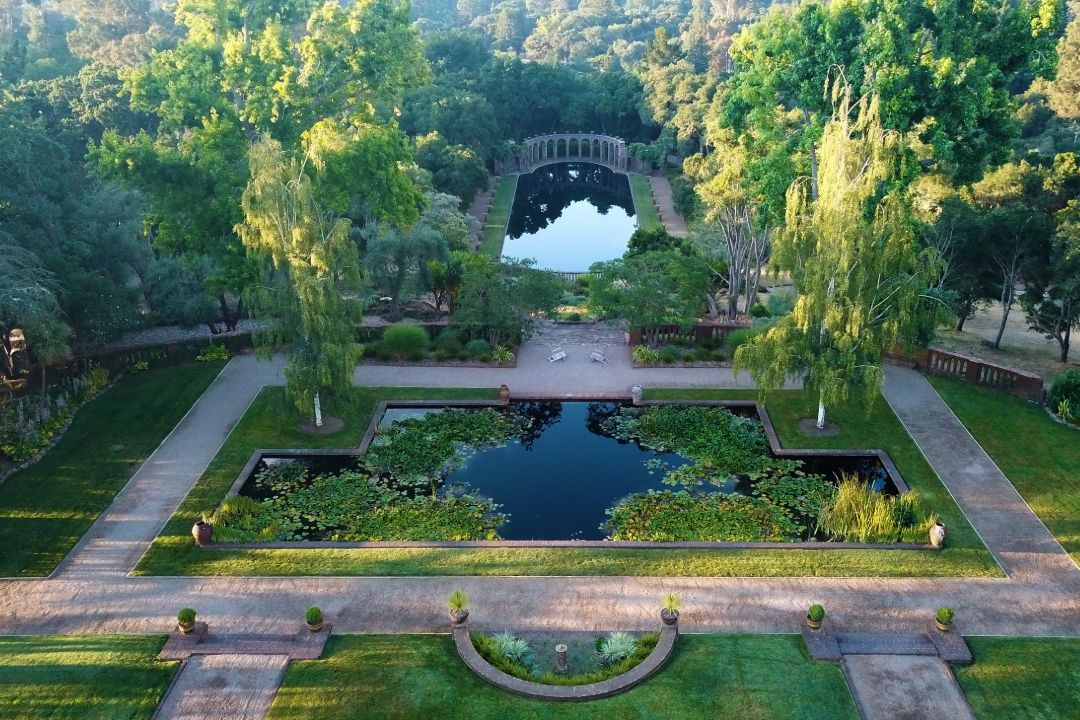 Beyond the masterful structures, the grounds are a vital part of Green Gables’ splendor. With three swimming pools, ponds, a Roman Pool, edible gardens, orchards, and sprawling acreage for horses or vineyards, it holds much history yet is a blank canvas.

Ideal for a multi-generational family but just as easily transformed into multiple lots or a corporate retreat, the property’s next chapter is a mystery.  Zackary Wright of Christie’s International Real Estate and Helen Miller of Compass hold the listing.