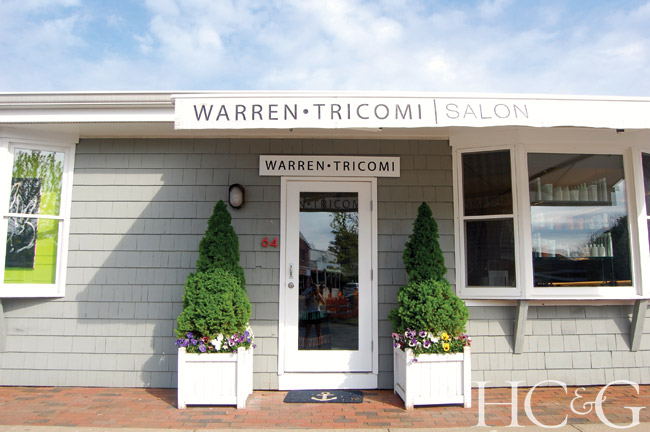 In the Hamptons, some things never change—the return of the piping plover, the celebrated summer sunlight, the tides and the moon. But real estate switches gears more than a hedge funder in a Maserati. Buckle up and enjoy the ride.

Montauk
Two restaurants from the former “un-Hampton,” a.k.a. Sag Harbor, have popped up in the other kinda/sorta/but-not-really un-Hampton, Montauk. Sagtown Coffee moved into 696 Montauk Highway in May, on the patio behind Cynthia Rowley’s Main Street shop and right next to the Memory Motel, while Muse in the Harbor chef Matthew Guiffrida has opened up a second Muse dining spot, in the former Coast at 41 South Euclid Avenue. The Harbor Raw Bar & Lounge, at 440 West Lake Drive, has been revamped by surfer-cum-restaurateur Jamo Willis and partner Robert Hirsh. Small plates and cocktails are the focus of the Montauk Marina beach bar, which has added a Booby Trap MTK Greek takeout stand for the super-late-night crowd. The ubiquitous SoulCycle has pedaled its way past the Napeague Stretch, opening its fourth Hamptons bikery at the former Montauk movie theater. Instead of screening flicks, the old show palace now houses a 67-seat studio and sells SoulCycle’s original clothing line and fair-trade cold-brew coffee from Red Thread Good at its boutique. 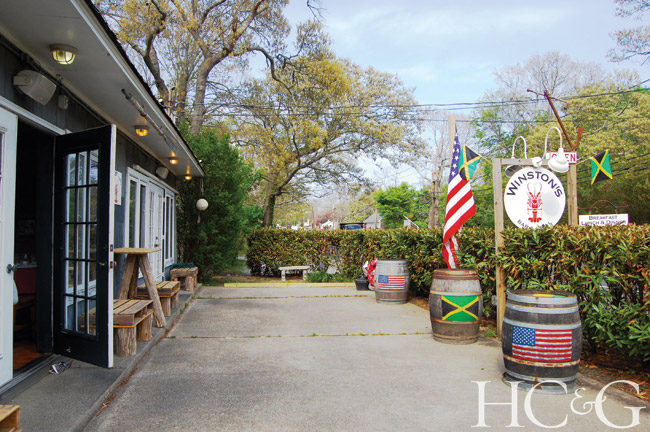 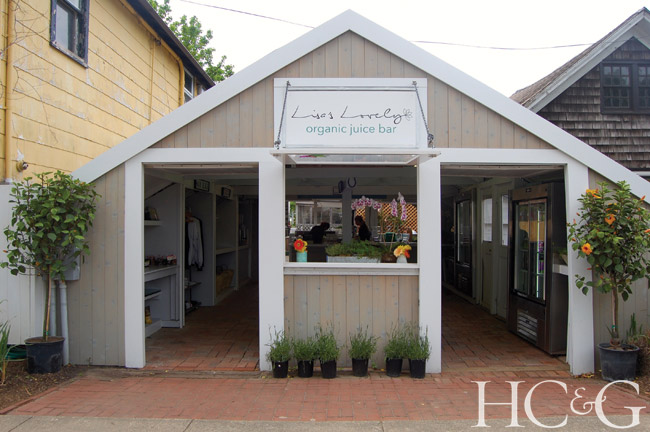 East Hampton
New restaurants in the village and its adjacent hamlets include Winston’s Bar & Grill (above, top), a Caribbean-themed joint that has taken over the former Nichol’s spot at 100 Montauk Highway, and Miami’s Momi Ramen, which has moved into the old Turtle Crossing location at 221 Pantigo Road and is being shepherded by local architect West Chin. Philippe Chow is taking another stab at 44 Three Mile Harbor Road—a seemingly doomed location for restaurants of any type—with Philippe, which he first launched there in summer 2010. Ernie’s is making a similarly brave move by going into the former Sharehouse and Banzai Burger spot, located at the restaurant-revolving-door address of 2095 Montauk Highway in Amagansett. For those who need to get their juice fix, Lisa’s Lovely Organic Juice Bar (above) is churning it out at 27 Race Lane. Appetites of a different sort will be pleased with the spanking-new Saunders real estate showroom at 26 Montauk Highway and a second outpost of Southampton’s Tripoli Gallery at 87 Newtown Lane. Exercise buffs can choose between Tracy Anderson at 30 Park Place and Elements Fitness, which returns to its 66 Newtown Lane locale with a retail boutique. Need a top-notch blowout after all that sweating? Look no further than Warren-Tricomi (at top), the high-end city-based hairstyle mecca, at 64 Park Place. 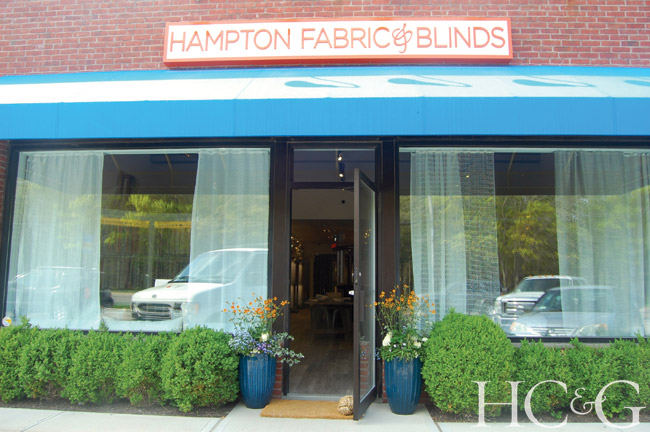 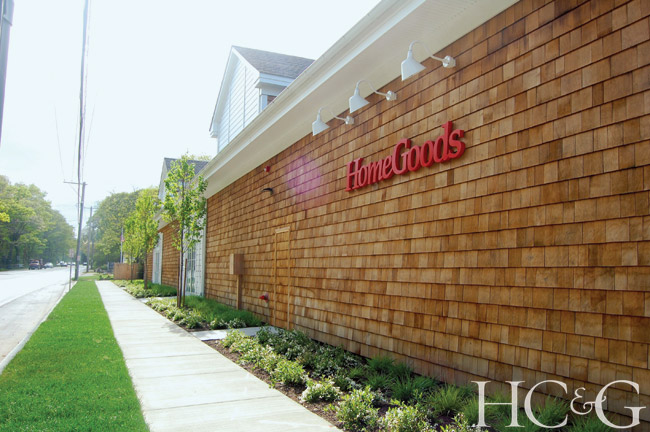 Wainscott
Italian eatery Osteria Salina has closed up its Bridgehampton boîte and reopened in the former home of Georgica at 108 Wainscott Stone Road, while the Highway Diner & Bar, at 290 Montauk Highway, is now the Highway Restaurant & Bar (what’s in a name?). Home design buffs have two more area shopping options: at the Carpetman sister store Hampton Fabric & Blinds, at 338 Montauk Highway, and at the 15,000-square-foot HomeGoods, designed by architect Peter Cook on the site of the former Plitt Ford Building, at 368 Montauk Highway. 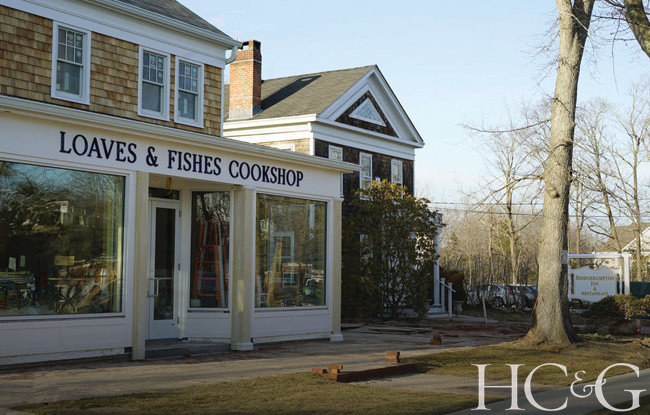 Bridgehampton
Sybille van Kempen’s Loaves & Fishes Cookshop has stirred the pot by moving into a brand-new building at 2266 Montauk Highway, adjacent to the Bridgehampton Inn & Restaurant, which van Kempen owns with her mother, Anna Pump. Garnet Hill has taken over the former Maison 24 space at 2424 Main Street, and Urban Archaeology vacated its plum location near Citarella. At 2415 Main Street, Crazy Monkey owner Andrea McCafferty has opened the White Room Gallery, an artists’ collective showing works by local luminaries such as Paton Miller and Jim Gingerich.

Sag Harbor
Another mom-and-pop has closed: After two decades in business, Gary and Terry Sanders have shuttered Ideal Stationery, at 102 Main Street. The 150-year-old location, which has served the village as a general store and stationery shop since 1863, will be replaced by an upscale women’s clothing boutique. The Cuddy, an American gastropub, has ceased operations at 29 Main Street, making room for the Mediterranean-themed Wölffer Kitchen, from the Wölffer wine folks. “Wine and food make a harmonious blend,” says co-owner Joey Wölffer, who is joining forces with her brother, Mark, on the venture, with chef Deena Chafetz, a Long Island native, behind the stove. She’s also opening a no-wheels version of her popular Styleliner fashion emporium at 25 Madison Street, christened Wölffer: The Road We Travel. The Harbor Market and Kitchen has put out its sandwich board, filling the void left by the defunct favorite Espresso Italian Market and Grill, at 184 Division Street. And the Baron’s Cove resort at 31 West Water Street has upped the restaurant ante with a new venue helmed by Matty Boudreau, former chef at Shelter Island’s Vine Street Café, featuring a wine menu curated by oenophile novelist Jay McInerney. 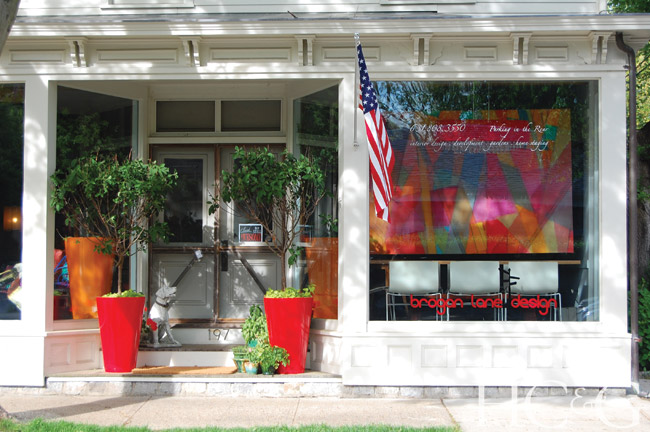 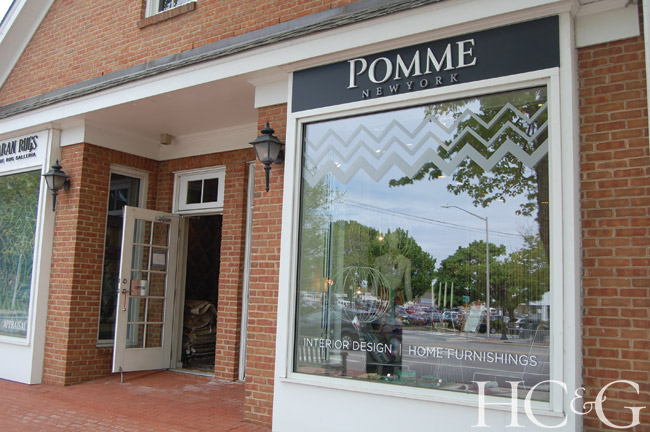 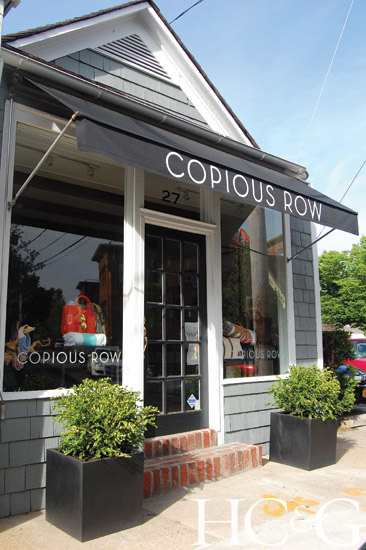 For retail shoppers, there’s Copious Row(Left), a lifestyle store at 27 Washington Street, and eponymous design showroom Brogan Lane(Above, Top), at 197 Madison Street, run by Dudley Moore’s ex-wife, a former Angeleno. Additionally, Sotheby’s International Realty has opened a Sag Harbor branch at 35 Main Street. Southampton Curiously similar to Chipotle, Sabrosa Mexican Grill is banking on its burritos at 1152 Montauk Highway in Water Mill, and Starbucks has landed at 29 Hampton Road, its fourth Hamptons java joint. Manhattan-based French restaurant Le Charlot has replaced the village staple Barrister’s at 36 Main Street, while Beautique has taken over the former BLT Steak spot for the summer at the Capri hotel at 281 County Road 39A. Saaz is spicing up our shores by bringing Indian food to 1746 County Road 39A, and Delmonico’s has been replaced by Circo, run by Mario Maccioni, son of famed restaurateur Sirio. Main Street’s Nammos Estiatorio Restaurant has closed its doors, as has retail emporium C. Wonder, which filed for Chapter 11 in January and shut down 31 other locations nationwide. Looking to spruce up the house? Cancos Tile has expanded to a new showroom at 346 County Road 39A, Homenature has taken over the former LeSportsac spot at 19 Pond Lane, chic e-tailer L’Objet à la Plage is doing bricks and mortar at 9 Main Street, and Pomme(Above), in partnership with Roxane Mosleh Interior Design, is selling the sweet life at 95 Main Street. Manhattan-based designer Muriel Brandolini is bringing her unique vision and whimsical style to the village with Life by MB, and Montauk stylist sisters Lisa and Cara Rooney have opened up a Southampton version of their popular beachy/bohemian Girltauk boutique, called Keogh + Girltauk, at 10 Jobs Lane.

Westhampton
With its 60,000-square-foot HBD Home & Design Center at 220 Roger’s Way near Gabreski Airport, Rechler Equity is hoping to make it worth the trip for designers and home improvement fanatics to schlep west of the Shinnecock Canal. Counting AC Lighting & Electric Supply among its new tenants, it’s poised to become a go-to destination for interior designers, builders, and homeowners in search of everything under the proverbial one roof.

A version of this article appeared in the July 1 2015 issue of Hamptons Cottages & Gardens with the headline: Deeds & Don'ts: Real Estate Round-Robin.