Every year while equestrians are competing over jumps at the Hampton Classic Horse Show finale, talented tabletop designers are also in competition. HC&G held it’s 8th Annual VIP Tabletop Competition in the ring side tents, where many tables were festooned with flowers, flatware, and dishes set out to delight luncheon guests.

Many designers featured themes inspired by the event, so that stirrups, bridles, trophy cups, statues of horses adorned many of the tables. Some companies played off of their logos – Doha, sponsor of the day’s coveted $300,000 Grand Prix had a suitably sleek futuristic theme, and passing guests were left to puzzle what gifts might be found in the signature orange goody bags placed at each seat of the Hermès table. 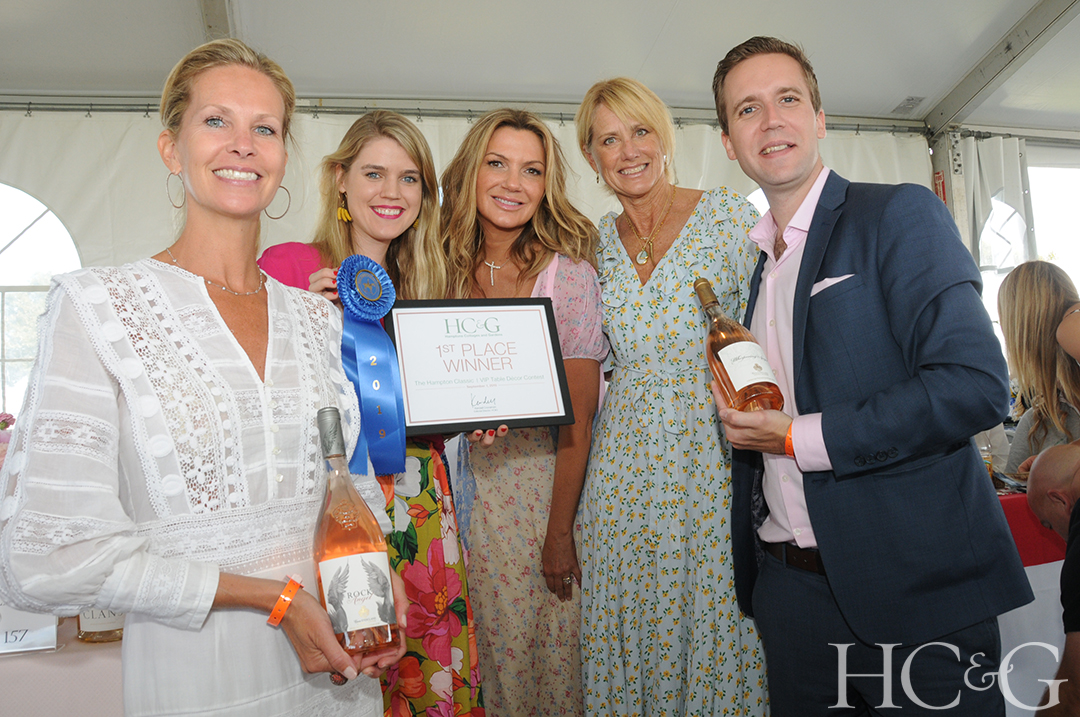 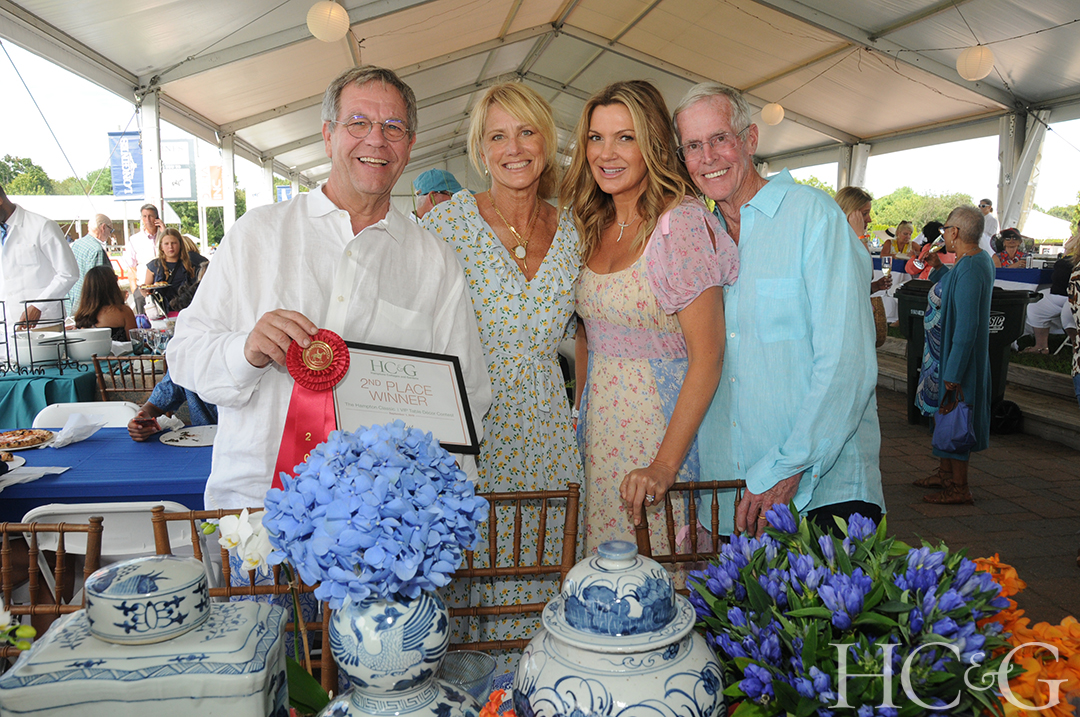 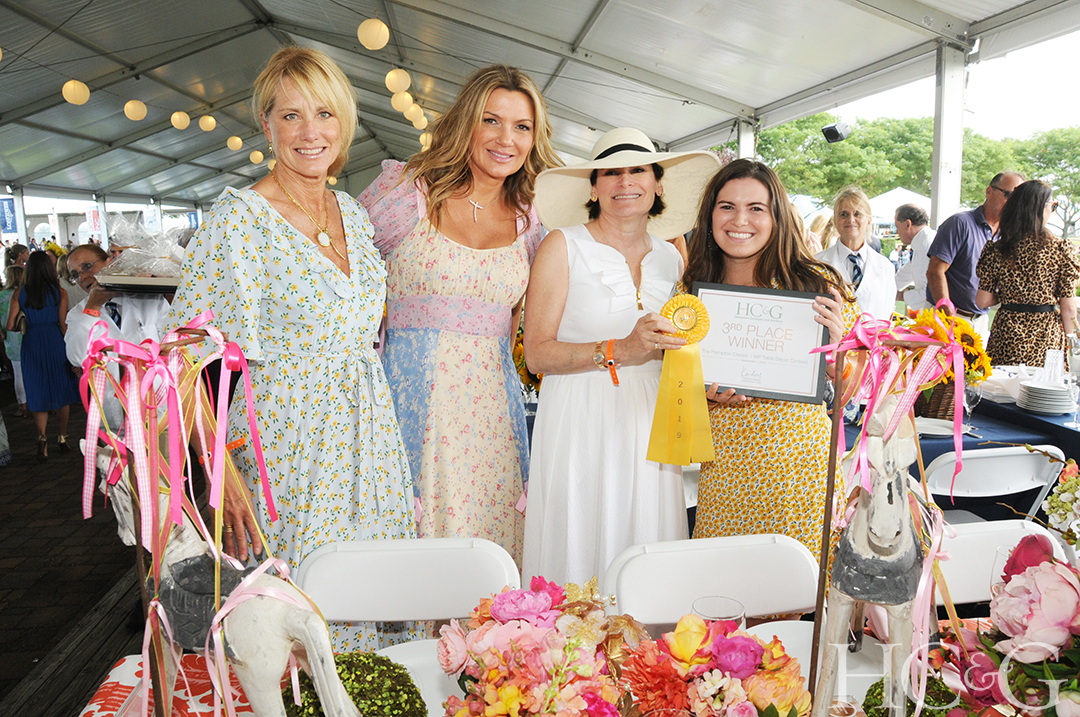 HC&G’s guest judge Kelli Delaney of KD Hamptons, selected this year's winners. First place went to Chateau d’Esclans / Whispering Angel, whose table was a profusion of pinks, much like their celebrated rosé wines.

The second place ribbon went to Bridgehampton Florist, whose table featured blue and white porcelain interspersed with blue and orange blossoms. CMC Bridge, a private family table, took third place. Their table featured carousel ponies dancing through loops and bows of ribbons, and all of the flowers shown on the table were from the family's own garden. 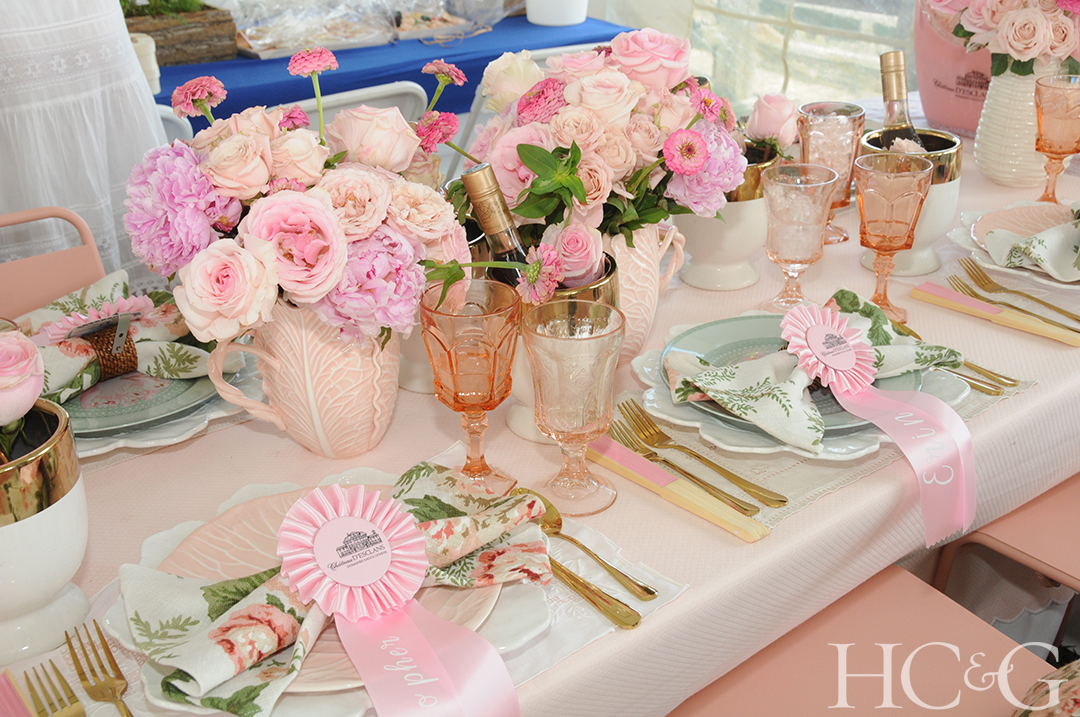 Some tables focused on a particular blossom. Nestled among hydrangeas in rustic boxes on the Borg/Newman table, bright sunflowers were repeated in caps at each place setting. 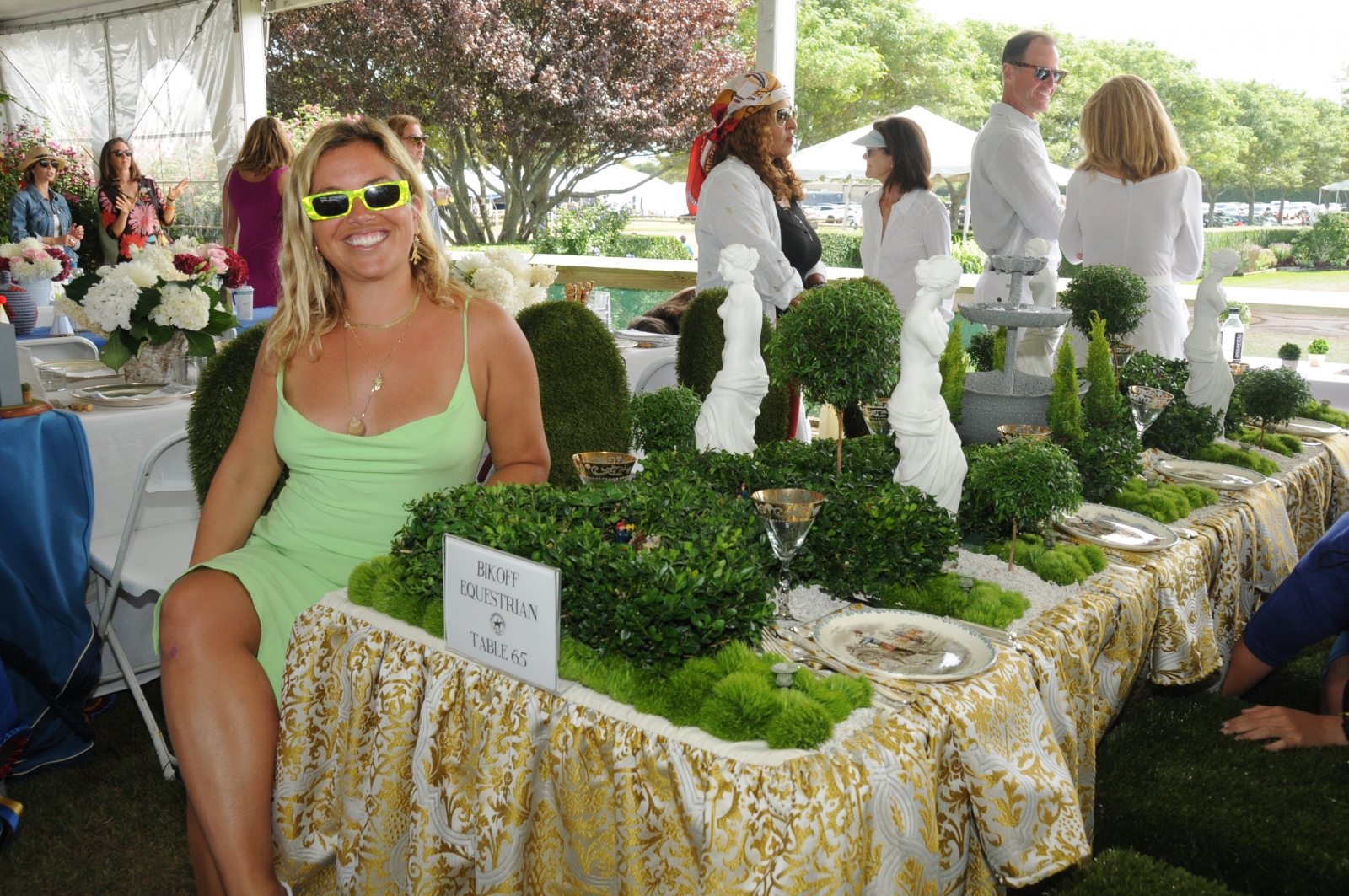 Overall, the event was fabulous, as usual, showcasing the best in entertaining, style and design. 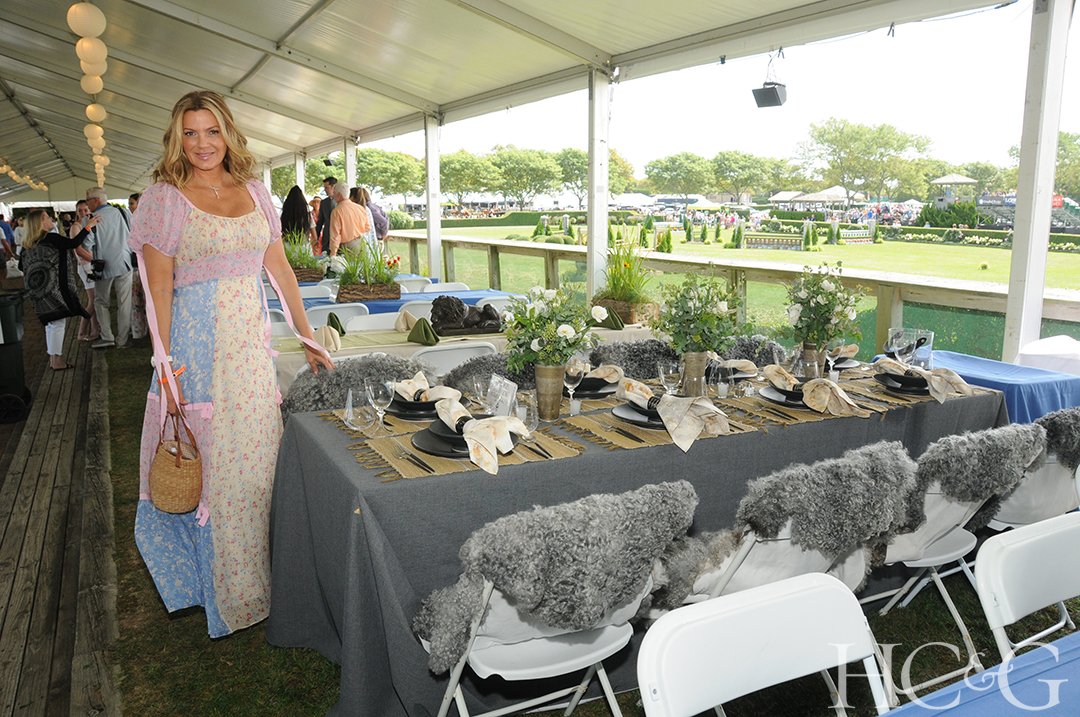 HC&G’s table was designed by Elizabeth Dow Home which features a sophisticated gray palate, with chairs covered with fluffy lambskin.